'Sweating like a pig': Scaramucci escalates Trump fight nailing president for 'going off the rails' and a 'nervous wreck' 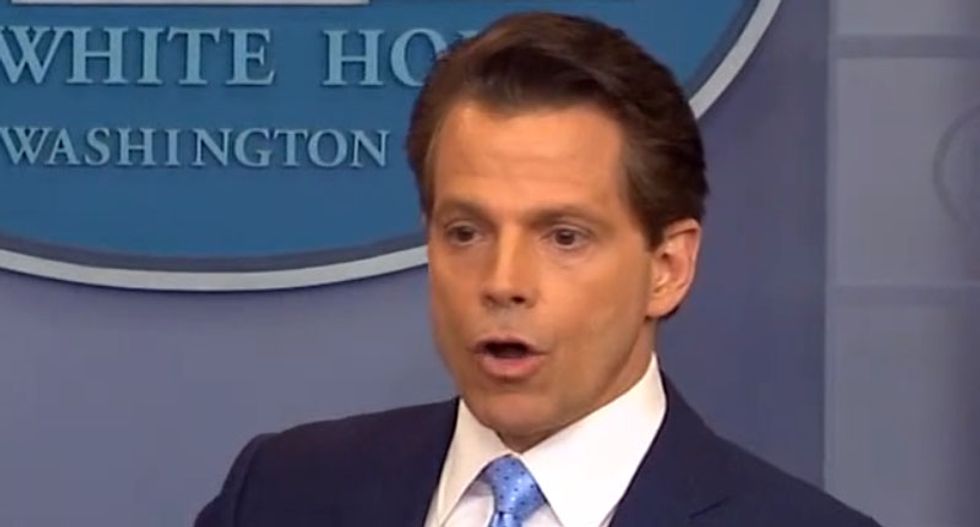 When speaking about his "bullying" behavior, the former Trump White House aide said that the president is a "nervous wreck" after watching the stock market flounder under his failed economic policies.

"I think they need to say it's personal because the president came after me, okay," he began. "But it's about demagoguery for me. I told my wife, I can defend nine out of ten things related to the president maybe eight out of ten, but a demagogue needs a blind obligation to loyalty...This guy is not normal."

He said that he knows what happened to make Trump go after him. Instead of listening to the full context of what he said, someone from the communications department in the White House showed the president clips of Scaramucci saying one thing or another that was critical and now he's waging a war.

"He says, 'Okay I'm the big presidential bully I'm going to hit this guy and show everybody what a bully I am. That will shut this guy up,'" Scaramucci said of Trump's thought process. "But this guy is obviously — he is using the presidency. He has done it to you, Maggie [Haberman], me. He is using the presidency to bully his fellow citizens. It's a disgusting act one of the most anti-American things a people can do is bully people."

"But it's demagoguery and, okay he is a proven demagogue and obviously going off the rails now," Scaramucci continued. "He is a totally unstable, nervous wreck. Last night, sweating like a pig. Let's just call it for what it is."

Watch the smackdown below: