'This will not end well': Ex-FBI counselor James Baker expects whistleblower complaint to be made public by reporters 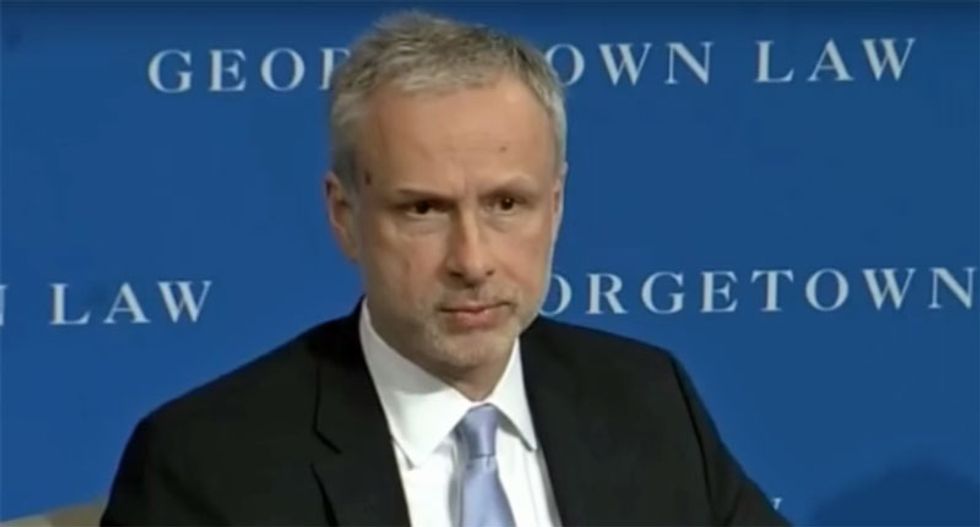 This week, Americans learned that an intelligence officer found something President Donald Trump said to a foreign leader so disturbing that the staffer filed a whistleblower complaint.

The president called it "fake news," asking if people think he's dumb enough to say something inappropriate. Past incidents, however, show that Trump frequently says inappropriate things regardless of his audience.

Baker explained how the Department of Justice claimed that the whistleblower report can't be given to Congress. Under the law, however, the report is supposed to be sent to Congress. Baker said that the DOJ ruling likely means that the Trump officials aren't likely to defy the DOJ until their ruling is challenged in court.

"Honestly, what they're left with at that point is simply to resign," Baker said of the whistleblower. "If they think this is that big of a deal — look, we don't know the facts. We know it's serious given what people say about it but don't know really what happened. But if they think this is a significant matter then they should resign. That's what they're left with."

He explained that his greatest concern is that House Intelligence Chairman Adam Schiff (D-CA) said that this could impact Trump's relationship with the intelligence community because someone is "ratting him out to the inspector general."

"They may be more circumspect with respect to what they say to him, and not good for him, the intelligence committee, it's not good for the American people and it's not good for the American people to lack trust in what is going on here? Right?" Baker asked. "The American people need to have confidence in what their elected and appointed officials are doing. This does not look good. the other thing, really quick: This will come out eventually. Right? Reporters are all over this thing right now and somebody knows enough to be able to explain what it is and so it's just going to come out in a messy way and so this is just not going — just not going to end well, in my opinion, I'm afraid."

Critics asked if there is nothing to hide, why Trump is refusing to release the transcript of the call.