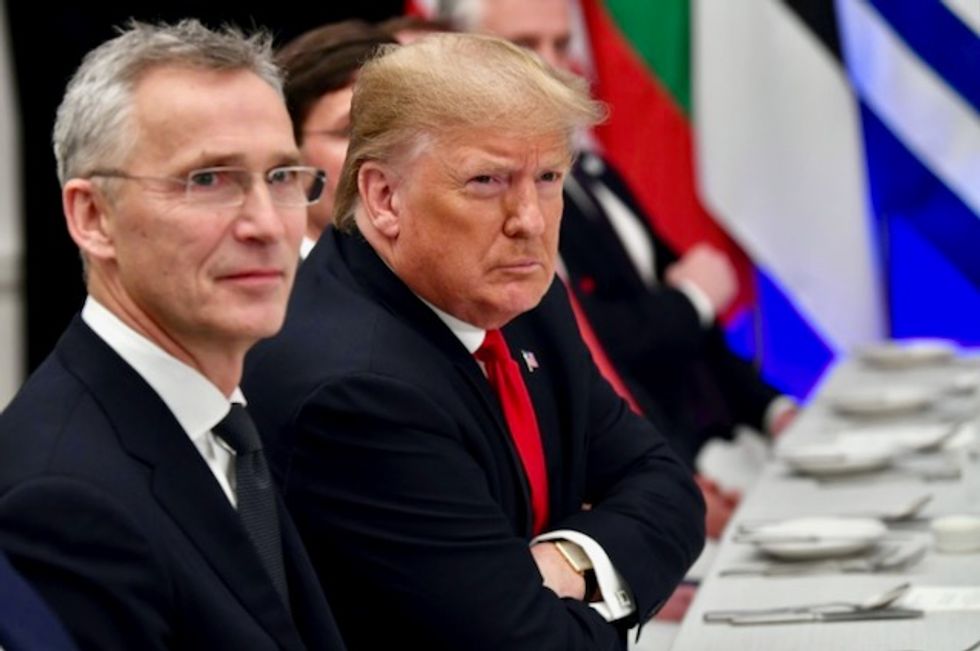 According to a report from the Daily Beast, President Donald Trump launched into a tirade aimed at French President Emmanuel Macron and Canadian Prime Minister Justin Trudeau during an Oval Office meeting with foreign ambassadors when he returned from his NATO meeting in London well over a week ago.

The report states "In the days following the release of a viral video showing world leaders at the NATO meeting in London making fun of him, Donald Trump shot back at his counterparts. The famously sensitive American president lashed out during a closed-door meeting at the White House with more than a dozen ambassadors to the United Nations present, according to three sources with knowledge of the gathering."

The president was widely mocked after the hot mic video of world leaders laughing at Trump during a reception was released and eventually led to the president returning to the U.S. early.

The Beast reports, "During this private airing of grievances, President Trump repeatedly denigrated the Canadian prime minister behind his back and called the French president a 'pain in the ass' while referring to him as 'short,' according to an individual who was present for the meeting. Trump also bashed the French leader for not doing enough to help in recent Iran negotiations," adding the rant began after the press has been escorted from the room.

"Over lunch with the ambassadors, President Trump again addressed the video and went on a prolonged tangent, complaining to the diplomats about Trudeau and Macron, according to two sources briefed on the meeting. This lasted several minutes and was enough to derail the ongoing conversation about NATO countries contributing more money to security," the report states. "Another individual in the meeting told The Daily Beast that Trump’s comments made ambassadors present 'visibly uncomfortable,' especially those whose leaders were involved in the hot-mic video. (The Canadian ambassador to the United Nations was not present at the meeting.)"