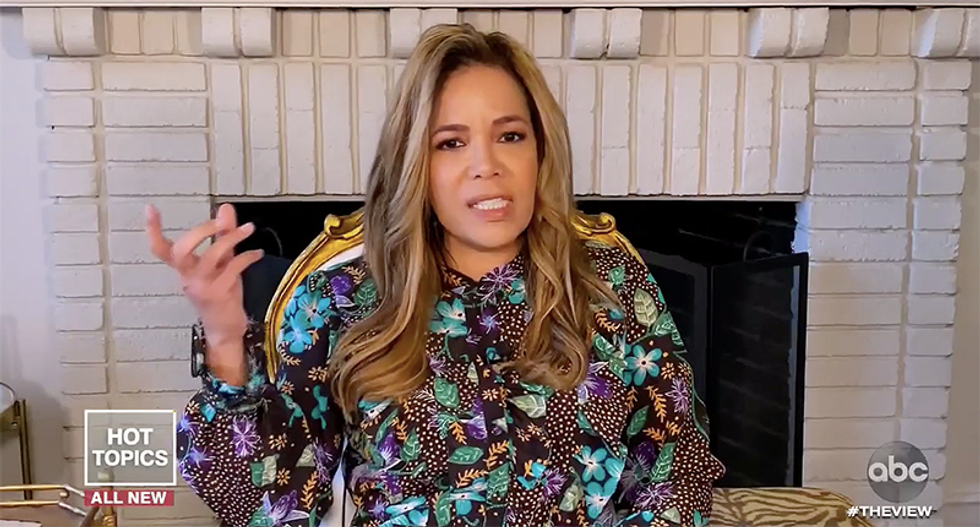 "The View" co-hosts assumed that President Donald Trump couldn't stay away from the daily press briefings the coronavirus task force is continuing to do, despite his flub suggesting people inject disinfectant.

Monday, the president along with Vice President Mike Pence promised extensive testing for everyone in the United States. The administration even celebrated the 5 million tests they have ready to send out to Americans. Currently, the U.S. has only tested 1.6 percent of Americans.

Whoopi Goldberg asked her co-host Sunny Hostin if she feels comfortable sending her kids back next week.

"Ha! Not really," she laughed. She explained that the plan for schools need to follow the plan for reopening the rest of the country. Children generally live with older people that they could give COVID-19 to.

"They could get COVID, infect me, infect my mother, who is living with us, I mean, it just doesn't make any sense," Hostin explained.

"And what is sickening is you have the vice president, on March 10, telling reporters that more than 4 million tests would be available nationwide by the end of the week. And now the administration is celebrating that all together we've had 5 million tests," she said. "So, at the rate that we are going, 150,000 tests per day, it would take six years to test everyone. So why would I be comfortable sending my kids to school in a week or two weeks. I mean, we are at the end of April now. Again, this is sort of this piss poor response from the administration and all of the misinformation coming from the administration. Vice President Pence, March 10. All these tests. Millions of tests. It hasn't happened."