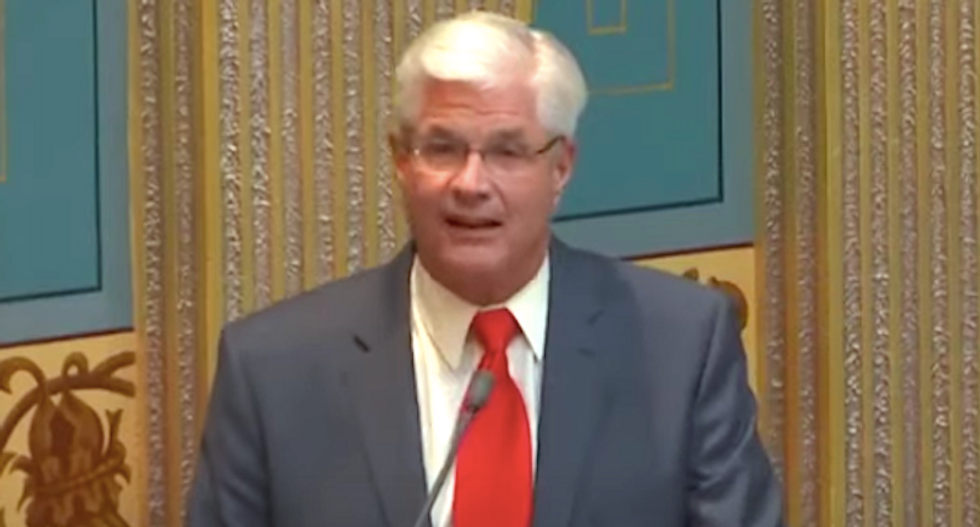 Michigan's Senate majority leader sided with the armed demonstrators who charged into the statehouse and threatened elected officials.

"With breathtaking disregard for the law, our Governor took an action yesterday which will memorialize Michigan’s spot in dubious, embarrassing history," Shirkey posted on Facebook. "April 30, 2020: a day in our State’s legacy which will last in infamy. Familiar and fear provoking words. But accurate and honest."

The GOP-controlled legislature disagreed with extending the emergency declaration, and President Donald Trump urged Whitmer -- a frequent target for his wrath -- to negotiate with the armed protesters backing Republican legislators.

"Michigan now has earned the distinction of having a Governor, drunk on the addiction of unfettered power, declaring that she, and she alone, can and will continue to act unilaterally to lock down our society, our culture, and our economy," Shirkey wrote. "Her own Medical Director sent an unmistakable message that should cause each of our hearts to stop. She said: we will likely be restricted under Emergency Declarations well into 2021."

Shirkey encouraged others to join the demonstrations, which have also taken place outside the governor's official residence.

"The Senate, along with our partners in the House will continue to fight for the voice of every MICHIGAN citizen," the Senate majority leader wrote. "Against one lone, power emboldened voice. If you want to join in the fight, please share."