'Fantasies are not facts': Trump ridiculed for his meltdowns at final presidential debate 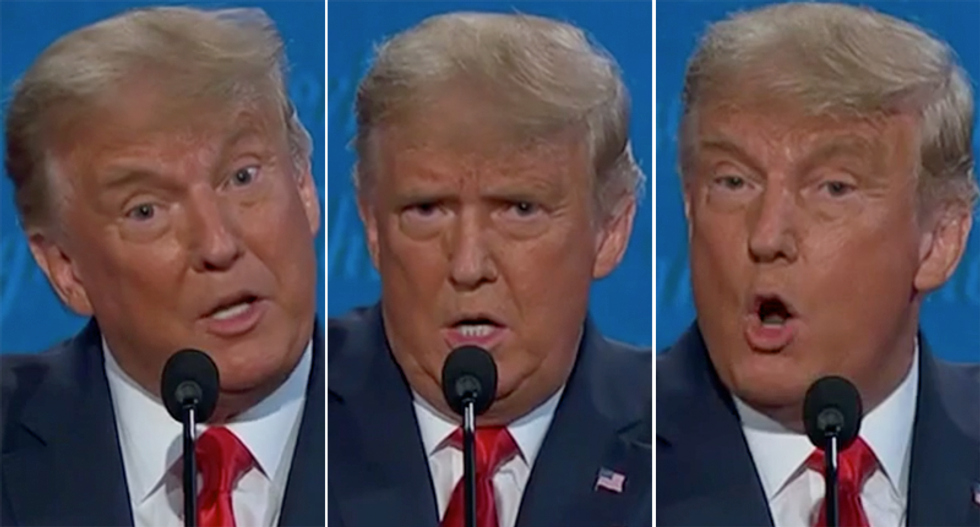 President Donald Trump remained calm during the early moments of the final presidential debate in Nashville.

But Trump soon lost his patience with both Vice President Joe Biden and moderator Kristen Welker.

Trump began the debate by backing down on his suggestion a COVID-19 vaccine would be ready before election day. On the topic of coronavirus, Trump said he takes full responsibility, but none of it is his fault and he was only kidding about injecting disinfectants as a cure.

At the debate, Biden blasted Trump as "a very confused guy," criminal and a racist, which clearly rattled the president.

Here's some of what people were saying about the final debate:

It is amazing how easy it is to distract Trump from the one attack he clearly prepared for tonight by needling him… https://t.co/c3W3FS4Eio
— Ezra Klein (@Ezra Klein)1603416827.0

From a lying perspective, Trump is even worse tonight than in the first debate.
— Daniel Dale (@Daniel Dale)1603417574.0

Trump biggest problem is that he is dumb, doesn't read, and has no interest in learning anything.
— Dan Pfeiffer (@Dan Pfeiffer)1603418124.0

Biden looks like he just wants to be done with this shit. Normally, that would be a negative. But in this case, we… https://t.co/ABMEp0UPEO
— Cheri Jacobus (@Cheri Jacobus)1603417589.0

Read more about the 545 parents the Trump administration separated which *as of this week* it still cannot find, ye… https://t.co/oZrgXseSGz
— Jacob Soboroff (@Jacob Soboroff)1603419224.0

Trump on America at a time most voters believe the country is off on the wrong track: “we are on the road to success”
— John Harwood (@John Harwood)1603420686.0