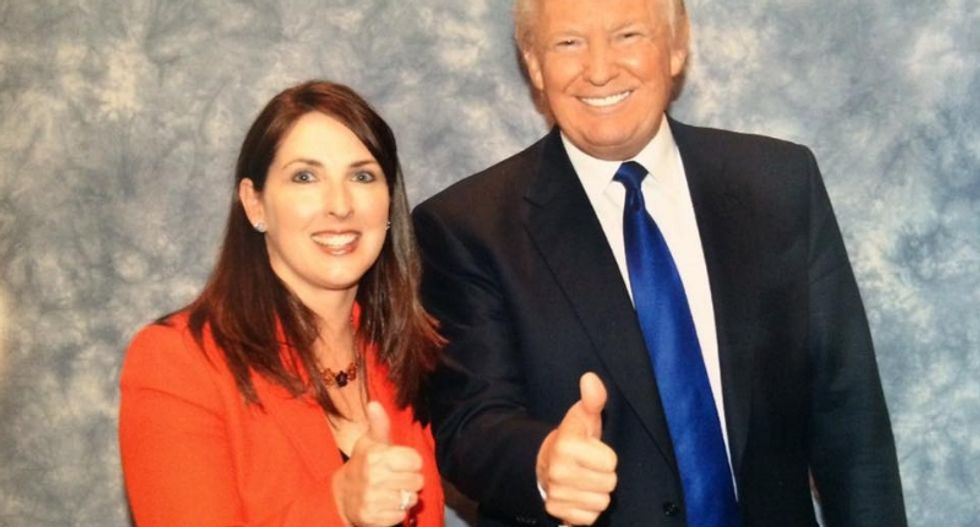 The election was called on Saturday morning, Nov. 7, and six days later at least eight Republican National Committee staffers have come up positive for COVID-19.

The Washington Post reported the news Thursday afternoon, explaining that the staffers were in both Washington, D.C. and in Pennsylvania.

The news comes as former campaign manager for President Donald Trump, Corey Lewandowski tested positive for the virus after appearing at a "voter fraud" press conference with Rudy Giuliani. The Four Seasons Total Landscaping press event was outside, but it appears there were infected people in attendance.

Trump and fellow Republicans have rejected calls to wear a mask, saying that it is against their personal freedoms.

In the past ten days, about 12 White House staffers have contracted the coronavirus after chief of staff Mark Meadows announced that he was positive. The White House has refused to conduct contact tracing, so it's unknown is Meadows was the source of the outbreak or if it came from outside.

Republican Party Chair Ronna Romney McDaniel caught the virus at the beginning of October, just hours after Trump announced that he too was positive.