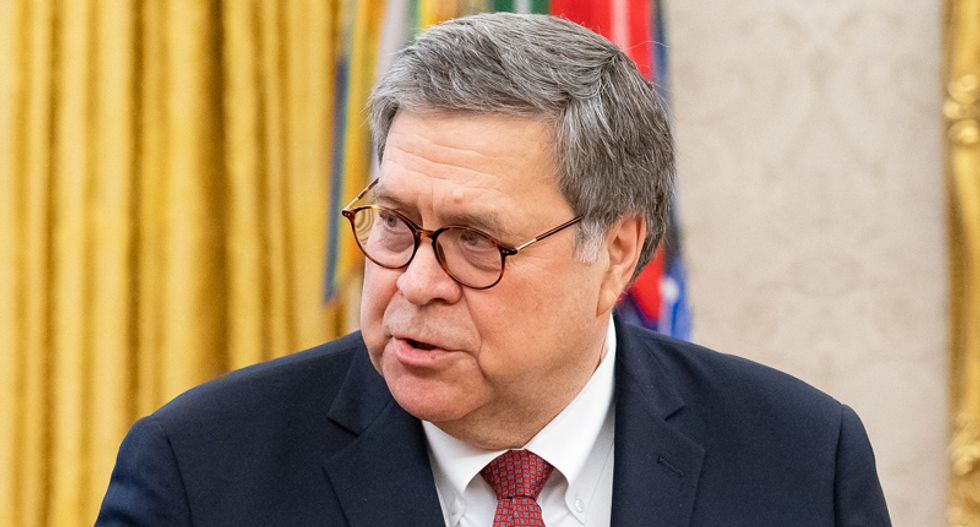 On Saturday, The Washington Post reported that officials at outgoing President Donald Trump's Justice Department have no interest in pursuing Rudy Giuliani's allegations of voter fraud.

"Privately, Justice Department officials have said they are willing to investigate legitimate claims of vote fraud; Attorney General William P. Barr even loosened some restrictions that might otherwise have discouraged prosecutors from doing so before results are certified," reported Devlin Barrett and Matt Zapotosky. "But current and former officials said they thought Giuliani’s accusations sounded 'crazy,' and they have not seen or heard of any evidence suggesting large-scale fraud, let alone the kind of intercontinental conspiracy described by the president’s lawyer. Like others, they spoke on the condition of anonymity to discuss a politically sensitive matter."

Giuliani, who is leading efforts to challenge the results in Pennsylvania, has asserted that provisional ballots in Pittsburgh came from people who already voted, and that election results were tabulated in Germany by a Venezuelan company — and has not provided any evidence to support either claim.

"Federal law enforcement officials have also said they want to avoid getting dragged into investigations that lack any reasonable basis of suspicion. In many of the affidavits cited by Giuliani and other Republicans, the assertions amount to ill-defined suspicions and conjecture about what might have happened, not witness accounts of actual misconduct," said the report. "In a handful of instances, the Justice Department has quietly signaled it is reviewing allegations that have been brought to the department, but even in those instances, federal officials have found little evidence of wrongdoing, people familiar with the matter say."

The window of opportunity for the Trump campaign to overturn the election results is rapidly closing, as several states are about to certify their vote counts, showing a win for Joe Biden.