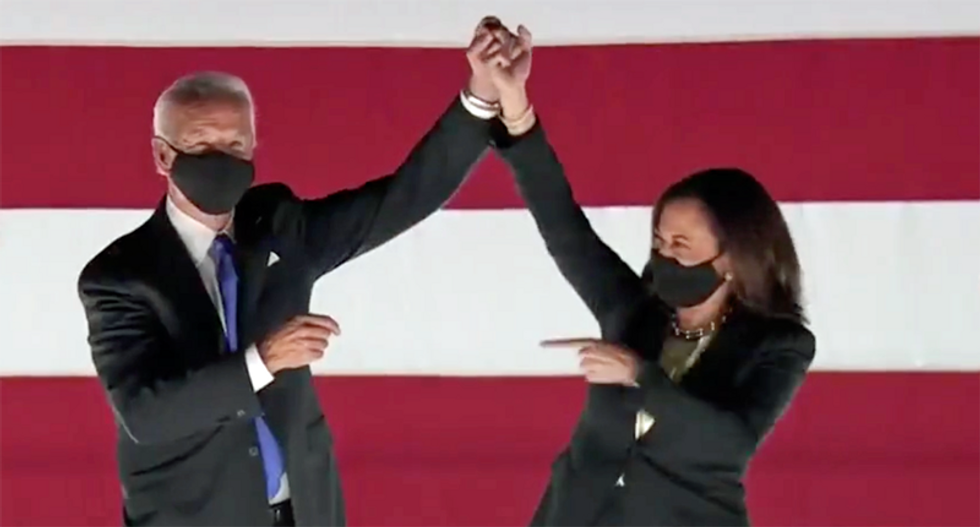 Earlier in the day, a judge in Pennsylvania ended the Trump campaign's legal efforts after Rudy Giuliani's legal team could not provide evidence to back up their conspiracy theories and delusions about the facts and the law.

The decision was described as a "total shellacking" based on "shoddy legal arguments."

Giuliani blamed "Big Tech" and "Democrat censorship" for the brutal dunk on him by the judge.

"With today's decision by Judge Matthew Brann, a longtime conservative Republican whom I know to be a fair and unbiased jurist, to dismiss the Trump campaign's lawsuit President Trump has exhausted all plausible legal options to challenge the result of the presidential race in Pennsylvania," Toomey said in a statement.

"I congratulate President-elect Biden and Vice President-elect Kamala Harris on their victory. They are both dedicated public servants and I will be praying for them and for our country," Toomey wrote.

CNN's Jeremy Diamond posted the statement with his analysis:

And this: “To ensure that he is remembered for these outstanding accomplishments, and to help unify our country, Pr… https://t.co/vYmX4m64f2
— Jeremy Diamond (@Jeremy Diamond)1606011626.0

The Washington Post reported that the National Rifle Association is about to drop $2 million to attack President Joe Biden for trying to eliminate ghost guns, calling for an assault weapons ban and implementing background checks to all sellers at gun shows. The suggestions are small but any gun safety laws are seen as a violation of their rights to the NRA.

Interestingly, however, Sen. Chris Murphy (D-CT) noted how low the figure is.

Republican greed is why Americans can't have nice things.

Every developed country in the world has some variation on a free or low-cost national healthcare system, and free or even subsidized higher education. In most developed countries homelessness is not a crisis, nobody goes bankrupt because somebody in their family got sick, and jobs pay well enough and have union pensions so people can retire after 30 or 40 years in the workforce and live comfortably for the rest of their lives.