'He never had one bit of fraud': Bob Dole shuts down Trump's Big Lie 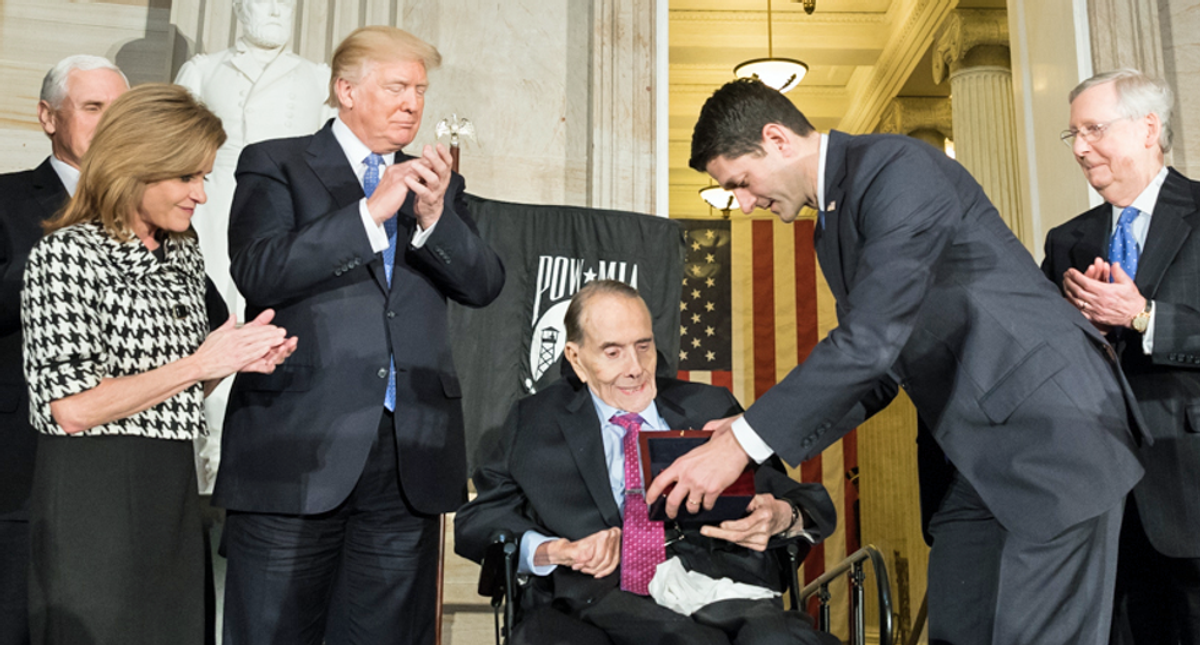 Bob Dole, one-time Senate Majority Leader, was the only former Republican presidential nominee to openly support former President Donald Trump. Last year, he even spoke out in support of Trump's paranoia that the Presidential Commission on Debates was trying to stack the deck against him.

But in a new interview with USA TODAY's Susan Page, Dole, now 98 and suffering from advanced lung cancer, had a much more nuanced attitude — and in particular, had no patience for Trump's "Big Lie" that the election had been stolen from him.

"He lost the election, and I regret that he did, but they did," said Dole. "He had Rudy Giuliani running all over the country, claiming fraud. He never had one bit of fraud in all those lawsuits he filed and statements he made." He freely said that "I'm a Trumper" — but added that, "I'm sort of Trumped out, though."

Trump's efforts to overturn the 2020 presidential election ended in dismal failure, with dozens of lawsuits being thrown out in court and even by judges he appointed. Republicans in state legislatures have subsequently sought to conduct partisan audits and pass laws restricting the vote.