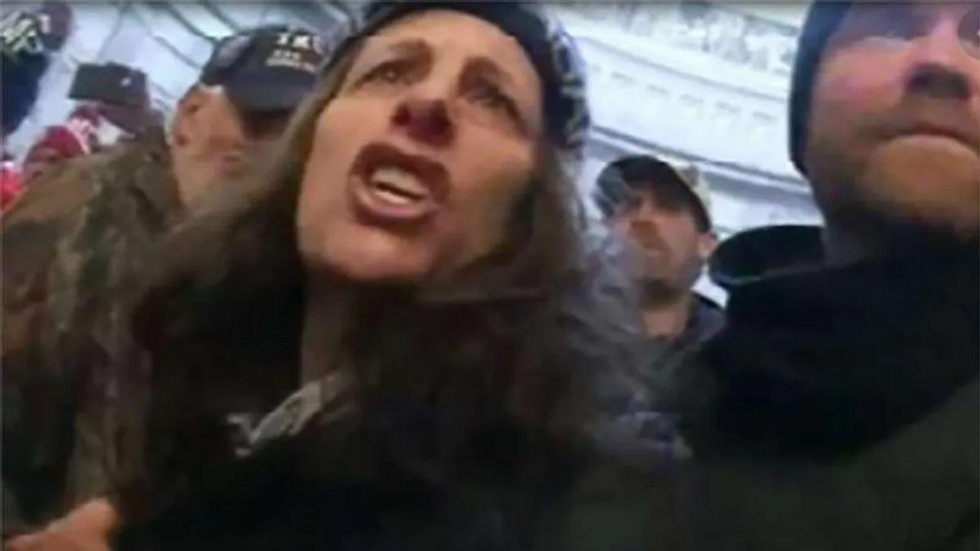 More than 700 Donald Trump supporters have been arrested in connection with the Jan. 6 insurrection, and many of them have already pleaded guilty to mostly lower-level crimes in the deadly riot -- but some angered the judges overseeing their cases with belligerent and ill-advised stunts.

Here's a look at some of the noteworthy examples.

James Beeks, a Michael Jackson impersonator who starred as Judas in a traveling production of "Jesus Christ Superstar," derailed his court hearing multiple times with sovereign citizen "gobbledygook," as the judge put it, but his public defender managed to persuade the court to allow him to remain on home release.

Zach Alam, who used a riot helmet to smash a window into the Speaker's Lobby, started making offers for prosecutors to drop all charges, then demanding a counteroffer -- before the judge even arrived at the hearing -- and ignored his attorney's advice to pipe down, and he was sent back to jail to await trial.

Brandon Fellows ended his day in court with two more felony charges after repeatedly ignoring a judge's warning not to represent himself in court and bellowing a "difficult-to-follow litany of complaints," and the judge sent him back to jail ahead of his trial.

Self-described sovereign citizen Pauline Bauer's hearing went "off the rails," according to reporters, when she started ranting that she was "independent of all laws" and rejected the judge's advice to retain legal counsel, and she refused to allow pretrial services to enter her home and filed a bizarre motion to dismiss her case.

Richard Barnett, who was photographed sitting with his feet propped on House speaker Nancy Pelosi's desk, forced a judge to call a five-minute recess by raging how "unfair" it was that he'd been locked up "for a whole month" while he awaited trial on aiding and abetting, disorderly conduct in a capitol building, parading or demonstrating in a capitol building, and theft of government property.