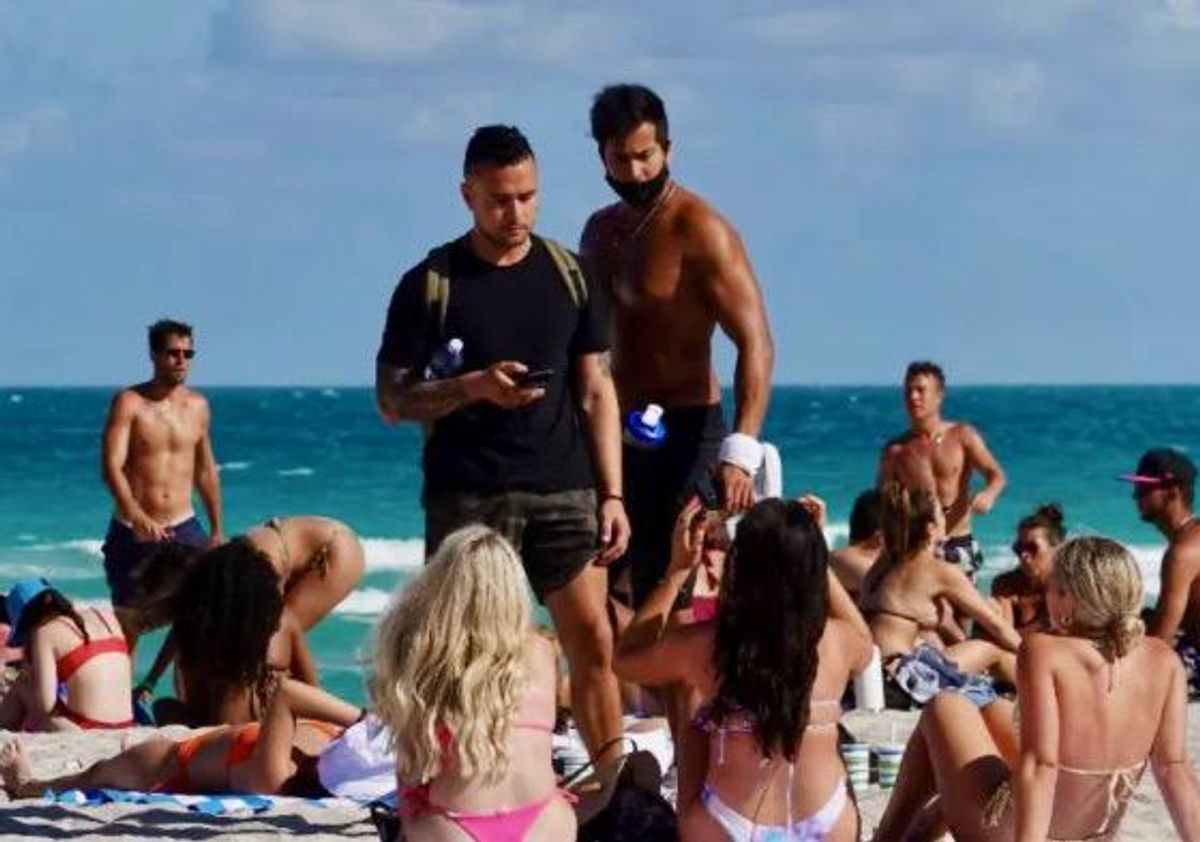 According to a report from ABC, Florida is reporting a massive surge in COVID-variant cases that appear to be tied to the massive surge of young people who flooded the beaches during spring break.

With Gov. Ron DeSantis (R) moving quickly to open the state up during the pandemic despite warnings from the CDC, the state is now seeing the after-effects of his decisions with a startlingly large 10,000 variant cases.

According to the report, "A total of 753 variant cases from three strains -- the B.1.1.7, the P.1, and the B. 1.3.5.1. -- were reported on March 14, according to variant infection data shared with ABC News. The Florida Department of Health does not disclose variant cases on its public dashboard," before adding, "That number swelled to 5,177 cases from five types of variants on April 15. Just two weeks later, the number of variant infections exploded to 9,248 on April 27."

According to experts, the timeline suggests spring break, which drew college students and vacationers, is likely the culprit that led to the outbreak.

"Florida is home to the most variant COVID-19 cases in the country. State health officials reported more than 11,800 cases of COVID-19 variants on Wednesday," the report continues. "The Florida Department of Health released the data as a part of a legal settlement with the Orlando Sentinel after the paper sued in March to obtain a county breakdown of variant cases. A judge ended up agreeing with the paper's claim that the data was vital 'to understand how the virus continues to spread and affect Floridians.'"

Strangers on a train: The dark bargain that destroyed the Republican Party

As the Republican Party continues on its march toward fascism, it's easy to find yourself making political connections — even when you are trying your best not to think about politics.