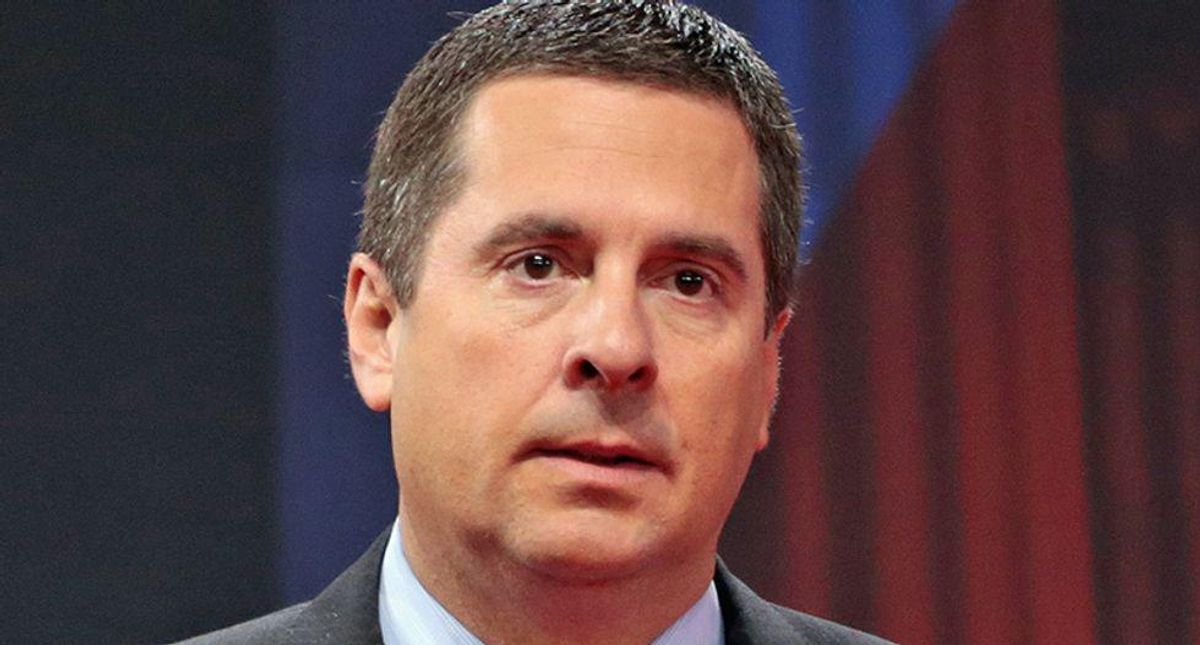 House Minority Leader Kevin McCarthy (R-CA) is coming to the aid of Tucker Carlson, saying, that he wants answers about the claim that the National Security Administration read the emails of the Fox News host.

Fox reporter Chad Pergram paraphrased McCarthy saying, that he wants answers and he's tasking Devin Nunes to do it.

"Now, there is a public report that NSA read the emails of Fox News host Tucker Carlson. Although NSA publicly denied targeting Carlson, I have serious questions regarding this matter that must be answered," cited Pergram. "Given this disturbing trend, I've asked HPSCI Ranking Member Devin Nunes to investigate and find answers on behalf of the American people. The NSA cannot be used as a political instrument, and House Republicans will ensure accountability and transparency."

As previously reported, the only reason that the NSA would have read Carlson's emails is if they were part of a foreign investigation in which Carlson was communicating with someone who is being investigated. It's possible that Carlson is being looked at after Rep. Matt Gaetz (R-FL) tied him to his relationship with a possibly underage girl.

Meanwhile, Rudy Giuliani is under federal investigation for his international work with Turkey and Ukraine that may have been illegal. Given that the FBI seized 18 of Giuliani's electronic devices, it' possible Carlsons emails were on there. So, Carlson wouldn't be the target but would have had his emails reviewed.

As of Tuesday evening, people were calling Carlson out for his long history of lying, asking for proof of the claims. It's unclear if McCarthy has been given that proof by Carlson.

@ChadPergram Lol, the crack investigatory team of McCarthy and Nunes will surely get to the bottom of all this.
— Jeff (@Jeff) 1625087960.0