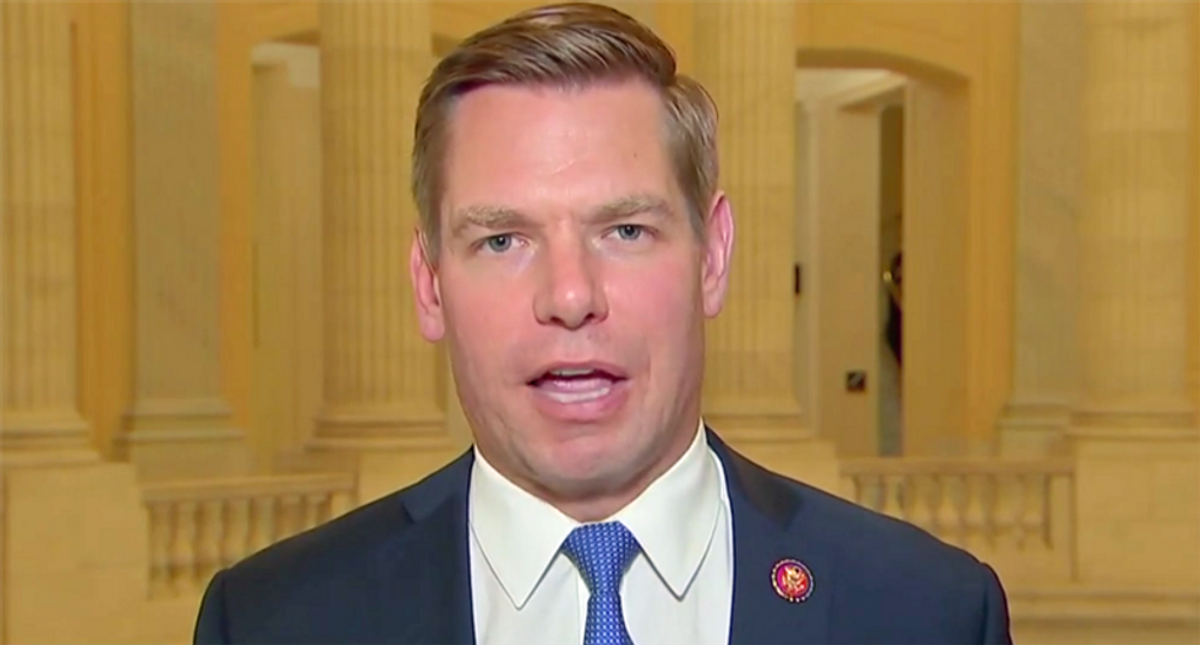 According to a tweet from the Hill's Scott Wong, an aide to Rep. Marjorie Taylor Greene (R-GA) made a comment to Rep. Eric Swalwell (D-CA) in the halls of Congress on Friday afternoon that led to the California Democrat to fire right back with an expletive.

On the day that CNN reported that Taylor Greene's harassment of Democratic lawmakers dates back two years -- and a day after the QAnon lawmaker harassed Rep. Alexandria Ocasio-Cortez (D-NY) -- Wong tweeted, "Another verbal altercation just happened in the House: MTG's spokesman Nick Dyer told @RepSwalwell: 'Biden says you can take off your mask' Swalwell confronted Dyer, got in his face and according to Dyer, said: 'You don't tell me what to f*cking do!'"

Wong admitted that he didn't hear Swalwell's response, however Swalwell quickly tweeted, "I had a mask on as I stepped off the Floor. An aide with @mtgreenee yelled at me to take my mask off. No one should be bullied for wearing a mask. So I told the bully what I thought of his order. Predictably, he went speechless. I regret I wasn't more explicit."

Greene then accused Swalwell of chasing the aide in question. "Eric Swalwell chased my staffer into the Captiol [sic], cornered him and exploded in anger inches from his face," the congresswoman claimed.