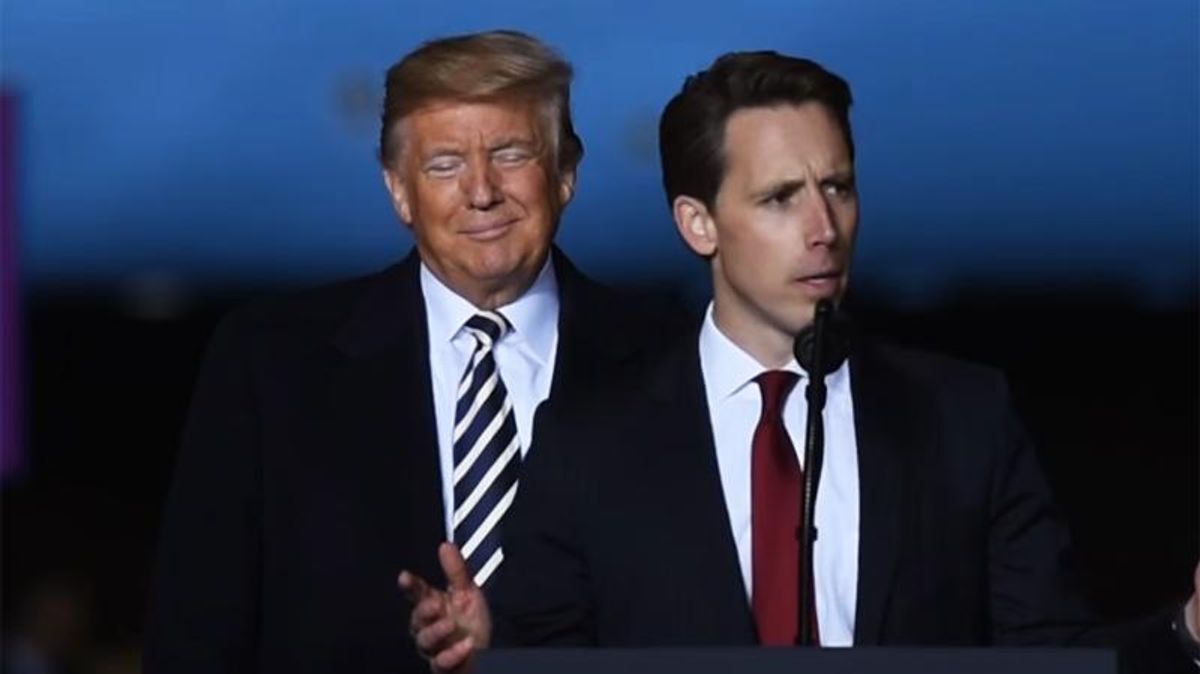 Missouri Republican Josh Hawley's fledgling Senate career took another hit this week as a group of former Sen. Claire McCaskill (D-MO) staffers announced the formation of a new PAC aimed at ending the now-controversial Republican's career in both Missouri as well as any presidential aspirations he might still be clinging to.

According to Politico, everything Hawley has done -- including contesting the results of the 2020 presidential election just before right-wing extremists stormed the nation's Capitol -- and anything he says or does from this point forward will be scrutinized by JOSH PAC, an acronym for "Just Oust Seditious Hacks."

With Missouri's two biggest papers calling for the Republican's resignation -- and one of them calling him "the poster boy of the radical right" -- Hawley along with Sen. Ted Cruz (R-TX) has taken the brunt of the criticism for the insurrection attempt not aimed at outgoing President Donald Trump.

According to the report, "The organization formally registered with the Federal Election Commission this week and has quietly set up a website and Twitter account," with a spokesperson stating, "Josh Hawley has no shame and put his own personal ambitions ahead of America. JOSH PAC will work to ensure that Hawley never wins another election."

Politico adds, "Hawley was the first senator to announce he would join House Republican challenges to the election; a dozen other senators announced plans to object to Electoral College certification after Hawley did. After rioters ransacked the Capitol last week, Hawley voted not to certify Arizona's results and also objected to Pennsylvania's certification. He has condemned that day's violence," before adding, "But media outlets, former Sen. John Danforth (R-Mo.) and donors have all been critical of Hawley's role in challenging the election on the day a pro-Trump mob stormed the Capitol. The subsequent invasion of Congress led to five deaths and desecration of the building."