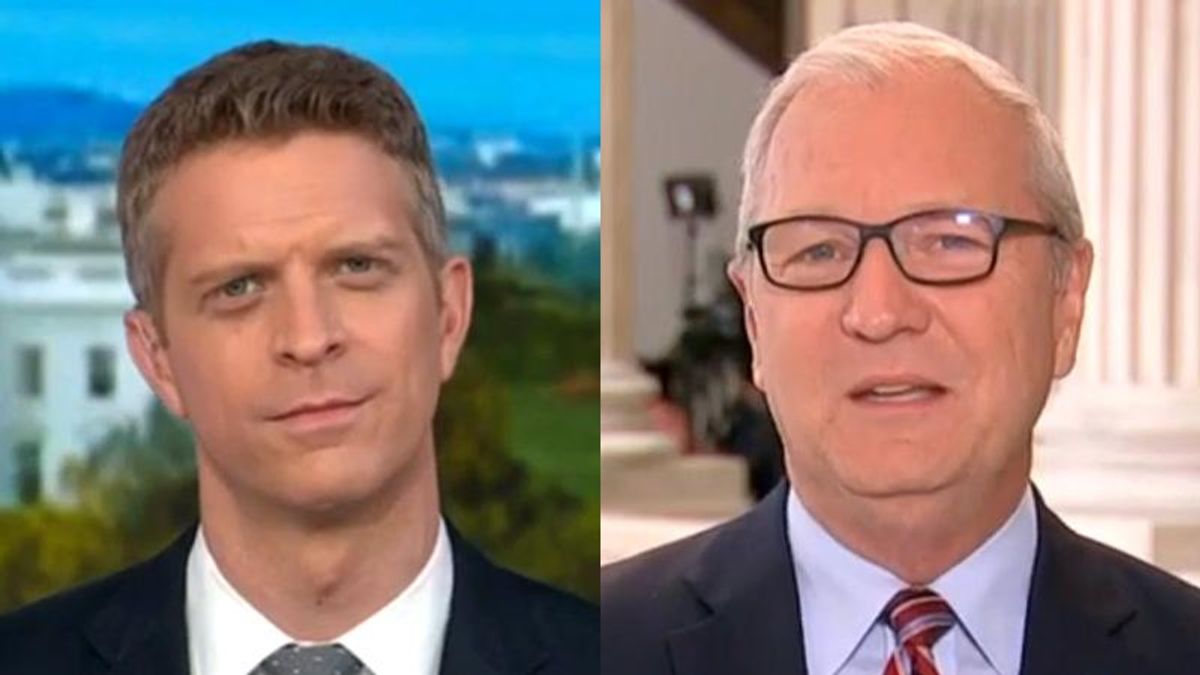 Sen. Kevin Cramer (R-ND) appeared on MSNBC Thursday to discuss bills that are coming before the Senate. But in talking about COVID-19 and the vaccine, Cramer claimed that people can't even pray for someone's health anymore because of HIPAA laws.

It's a bizarre conspiracy that Rep. Marjorie Taylor Greene (R-GA) started because she doesn't want to reveal her vaccination status to her constituents or to supporters of the Republican Party.

"Your first question is a violation of my HIPAA rights. You see with HIPAA rights we don't have to reveal our medical records and that also includes our vaccine records," Greene told a reporter asking about her vaccine status.

"People being hesitant, wanting to wait to see how it plays out is perfectly logical to me," said Cramer. "But North Dakotans are logical in other ways, they know how to take care of themselves, protect themselves and their children. I want to honor personal privacy by the way which is also critical. We can't pray for people's healing in church anymore because it would out their health situations, so I don't know why we should be outing everybody's personal decision on vaccinations."

The problem is that they're both factually wrong. The Department of Health and Human Services explains the law aimed to assure "that individuals' health information is properly protected while allowing the flow of health information needed to provide and promote high-quality health care and to protect the public's health and well-being."

No one is required to give their status to a reporter, but there's no law that bars it or prevents a reporter or anyone else from asking about it.

"I'm not sure who is telling you that you can't pray for people's health in church," Haake said. "You're welcome to pray for mine, I will pray for yours. Thank you for coming on. I am going to ask a doctor on the panel later about questions about the vaccine. For folks that might be curious about that portion of the hesitancy question, we'll come back to it later. Thank you for raising it. We'll ask the professionals."

NO! HIPAA doesn't prevent anyone from asking you about your vaccine status www.youtube.com