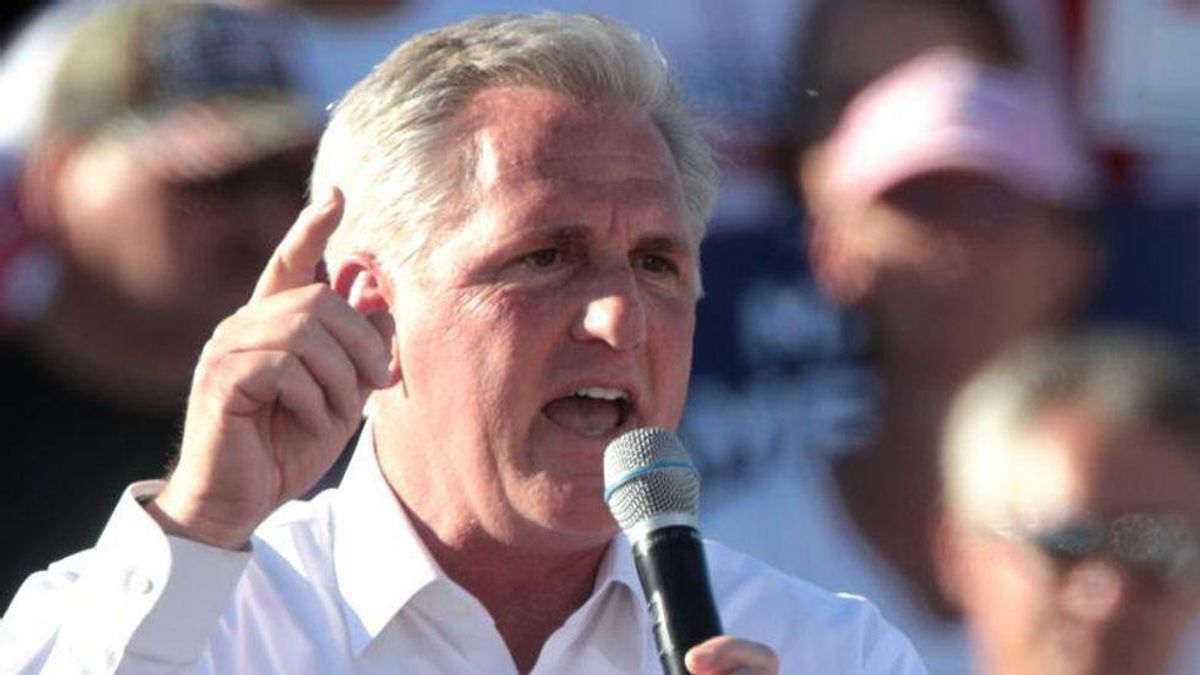 House GOP Leader Kevin McCarthy's "gangster"-style threat against telecommunications companies that comply with requests from a Jan. 6 Select Committee signals a "dark future" if Republicans take control of the House in 2022, according to CNN columnist Stephen Collinson.

"The idea of using power granted by voters to intimidate people or entities who don't share radical political goals not only raises the possibility of abuses of power and the abandoning of rules and accountability necessary for a corruption-free economy," Collinson writes. "It is the kind of shake-down tactic that would be more expected in an autocracy like Vladimir Putin's Russia than in a supposedly functioning democracy like the United States."

Collinson acknowledges that McCarthy may simply have been trying to please former president Donald Trump — whose support would be critical to him becoming speaker — and stir the conservative media machine by making "a bullying threat."

"Yet McCarthy's warning was still one of his most extraordinary moves yet in the service of a twice-impeached former President who left office in disgrace after inciting the insurrection based on his multiple lies about election fraud," Collinson writes. "In effect, a potential future speaker was warning he could use government power to punish private companies that comply with routine requests by a legally mandated committee probing a political mob that sacked the US Capitol."

McCarthy's threat — which was echoed by Georgia Republican Congresswoman Marjorie Taylor Greene — signals the possibility that a Republican House would simply be an extension of the former president's political machine — "ready to do his political dirty work ahead of another possible presidential bid in 2024," Collinson writes.

"The threat may also be a preview of a return of the crushing of constitutional norms that characterized Trump's White House," he writes, adding that McCarthy is unlikely to face significant consequences for the threat, which may have violated House ethics rules as well as laws against obstruction of justice or witness tampering.

"Were it not for the events of the last year, this kind of warning coming from a Republican might be shocking but not taken especially seriously," Collinson writes. "But the idea that a President would inspire an effective coup attempt to try to stay in power after losing an election was unheard of too. ... In the seven months since Trump left office, his brand of conservative authoritarianism hasn't waned. If anything it is getting stronger."