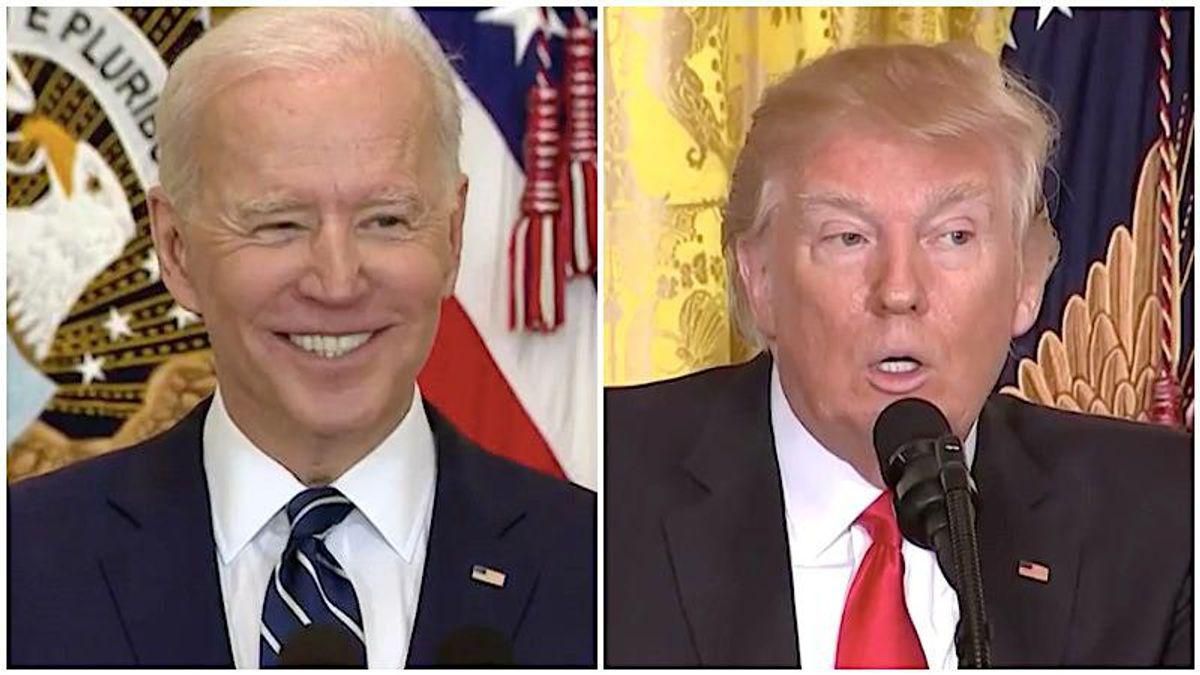 Former President Donald Trump required unfaltering loyalty when he spoke to former FBI director James Comey in those first few weeks of office. But loyalty to his White House among the staff disappeared as more and more of his staff sought out media for leaks, the Washington Post noted Tuesday.

Whether strategic leaks or not, the Trump White House was a sieve of information. Former senior aid Omarosa Manigault Newman would record meetings on her phone. Senior adviser Kellyanne Conway would leave her computer open so anyone looking could see her private text messages revealing her leaks to press that trashed colleagues.

"Juicy details about the president's behind-the-scenes conduct and decision-making? No one seems able to dig up anything interesting," wrote the Post's Paul Farhi. "Early forecasts of major policy proposals on the horizon, a.k.a. the grand tradition of the Washington trial balloon? A story we're not getting to read these days."

Since President Joe Biden took over, it has been very quiet.

"No question, the Trump White House leaked a lot, especially in the early days when the tribal rivalries were fiercest," Farhi cited New York Times reporter Peter Baker. "The Biden people have come in more disciplined so far, and we haven't had as much insight into the behind-the-scenes fights and debates inside the White House."

There are certainly policy debates and things happening behind the scenes, but Baker said it might take longer to hear about them. Like when someone leaves the White House and writes their tell-all book long after Biden's term is up.

That comes from Biden's staff is made of longtime loyalists, invested in the success of Biden and his agenda.

"Senior White House adviser Anita Dunn is a holdover from the administration of Barack Obama," noted Farhi. "Chief of staff Ron Klain was one of Biden's chiefs of staff during his vice presidency, as was current senior counselor Steve Ricchetti. Another senior adviser, Mike Donilon, has worked with Biden since 1981."

He closed by citing ABC News's chief Washington correspondent Jonathan Karl, who wrote the Trump-era book, "Front Row at the Trump Show." Journalists will have to find ways to peek behind the curtain to get their details on Biden and the political debates.

"Reporters need to work hard to give readers and viewers a sense of what is really going on in the White House," Karl said.

Look, I'm no expert on, well, pretty much anything! But there is one thing I do know. There is one thing anyone can know if they are willing to see. It's that the people we all trust to keep the peace in this country aren't doing a good job of it. What's more, the people we entrust to keep the peace are often themselves responsible for the violence. It's getting to the point where I'm thinking it's a good idea to take away their guns.

Authorities in Brooklyn Center had a press conference on Monday following the fatal police shooting of Daunte Wright, and one top Minnesota lawyer says it did not go over well at all.

Film lovers tired of tedious Zoom-based Hollywood awards shows can rejoice -- producers of the glitzy in-person Oscars this month are bringing in the big guns, with Harrison Ford, Brad Pitt and Reese Witherspoon among an A-list lineup of presenters unveiled Monday.

The April 25 ceremony, to be primarily held at Union Station in downtown Los Angeles, comes as California accelerates its reopening after a year of Covid-19 closures, buoyed by a vast vaccination rollout, and will follow a glamorous "awards-show-as-a-movie" theme, the Academy said.