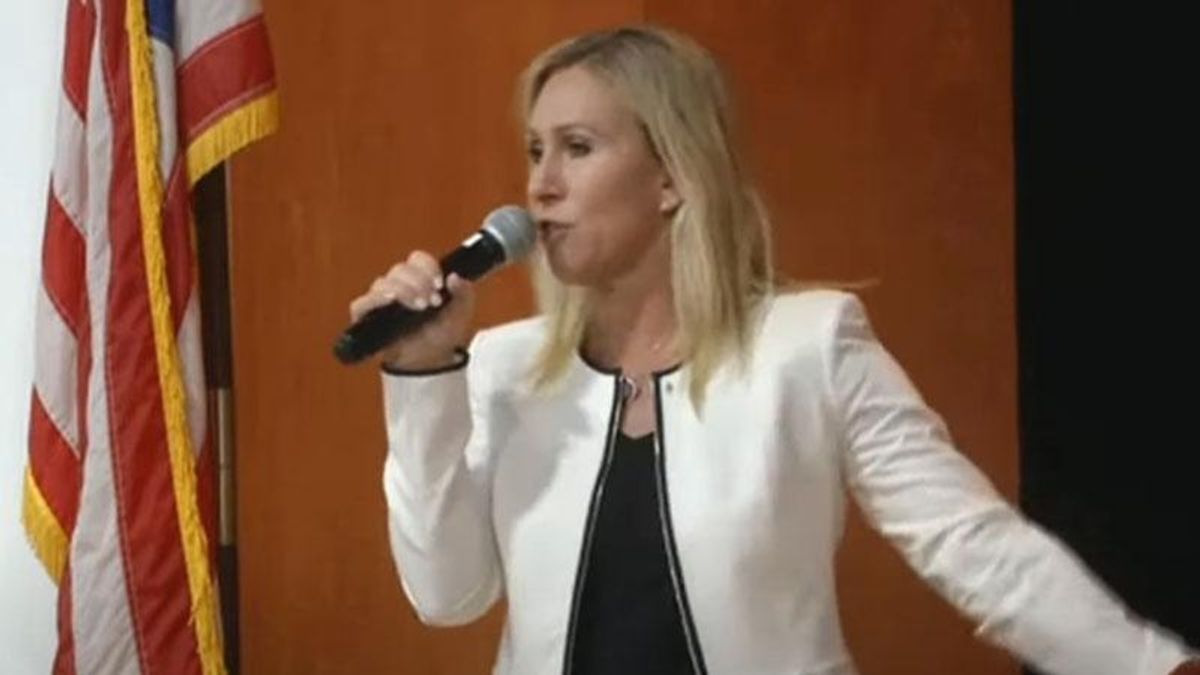 In a series of tweets, Taylor Greene accused Waters of crossing state lines to incite a riot --- which was also picked up by fellow Rep. Lauren Boebert (R-CO). The Georgia Republican then announced that she would move to have Waters expelled from Congress this week.

However, as Punchbowl reports, Greene's move has little chance of success and could boomerang on her as Democrats retaliate by once again seeking her ouster.

"This is hardly the first time that Waters, 82, has gotten in trouble over her rhetoric. She and Rep. Jim Jordan got into it last week as the Ohio Republican jousted with Dr. Anthony Fauci during a hearing. 'You need to respect the chair and shut your mouth!' Waters yelled at Jordan. During the Donald Trump years, Waters became 'Auntie Maxine' for a whole generation of younger Democrats due to her willingness to go after the former president," the report states before adding, "An expulsion resolution will not pass the House, and Republicans would need to flip three Democrats to censure Waters -- and that seems very unlikely."

Punchbowl added that Democrats may use the furor -- from both sides of the aisle -- over the racist caucus plans to go after Greene.

"It wouldn't surprise us one iota if some Democrats are interested in censuring Greene after the America First Caucus incident. Rep. Jimmy Gomez (D-Calif.) has been pushing a resolution to expel Greene for a couple months, and dozens of Democrats have signed on, although that's far, far short of two-thirds of the House that would be needed to boot her from Congress," the report stated.