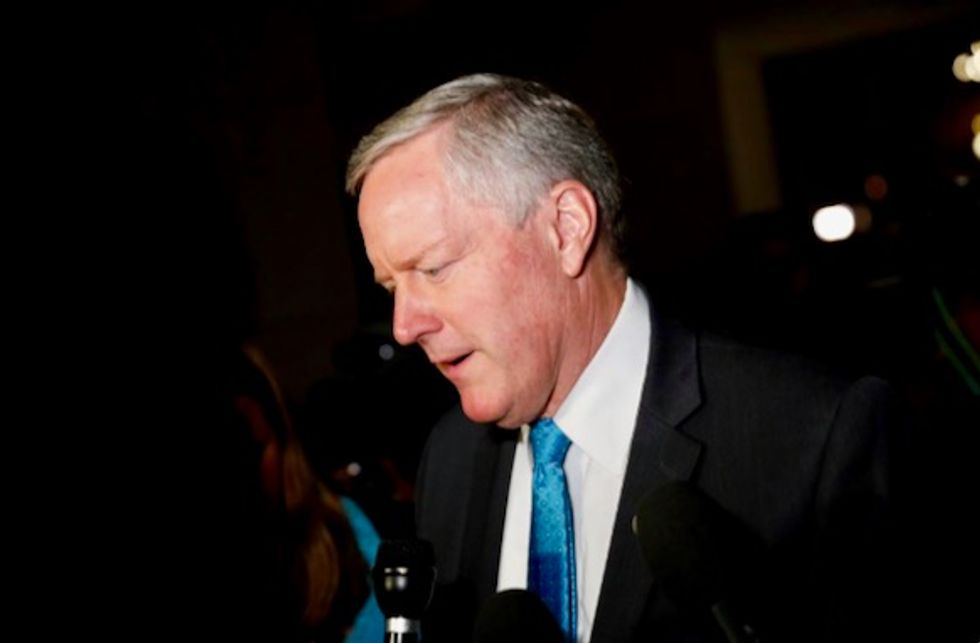 "These, and other actions Meadows took on behalf of Trump, sources say, were not necessarily driven by his strong belief in the validity of these claims," CNN reported, "but instead by his desire to please a president who was hyper-focused on injecting baseless conspiracy theories of election fraud into official government channels."

Meadows, who has indicated he would cooperate with the House select committee investigation of the Jan. 6 riot, tried to enlist Justice Department officials in the effort to undo Trump's election loss, and he also contacted officials at several national security agencies to share baseless claims that China hacked the presidential election using thermostats to change results in voting machines, according to two sources.

"According to one of those sources, Meadows reached out to officials at the FBI, Pentagon, National Security Council and Office of the Director of National Intelligence to tell them about election fraud claims, including the China thermostat allegation, which Flynn and Powell had been pushing," CNN reported. "Meadows also pressured acting Attorney General Jeffrey Rosen to have Justice Department officials investigate baseless claims that votes were changed by people in Italy using satellites. He acted as a go-between for Giuliani's team which was pushing the same debunked theory."

Meadows tried to set up a meeting between Flynn and intelligence officials to discuss the China thermostat theory, according to one source, although he pushed back on efforts by Powell to get herself named special counsel to investigate alleged voter fraud during one Dec. 18 meeting at the White House.

He also sided with White House officials and lawyers against Powell and Flynn's idea of declaring a state of emergency so the federal government could seize voting equipment in certain states.

Other Trump allies undertook similar efforts to enlist top government officials, but Meadows stands out among those due to his leading role in the White House.

RELATED: Adam Schiff is 'skeptical' about the newly cooperative Mark Meadows -- here's why

"Meadows was perpetually enabling this insane stuff and was too scared to stand up to Trump," said one source who attended multiple meetings with Meadows at the White House and other agencies. "He was scared to say 'no' to anyone."