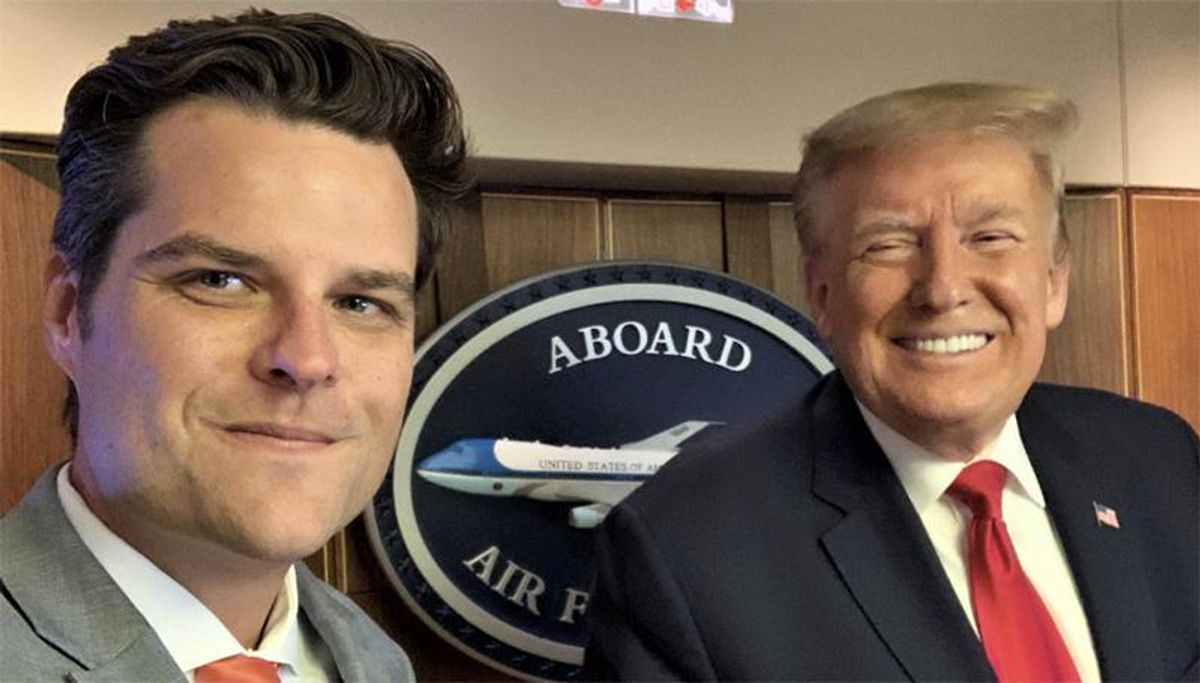 According to a report from Axios, Rep. Matt Gaetz (R-FL) has been confiding to friends that he is considering stepping down to become a media personality.

Needless to say, the idea of Gaetz no longer in Congress delighted his critics, who have grown tired of his antics that have, in many ways, been overshadowed by newly-elected Reps. Marjorie Taylor Greene (R-GA) and Lauren Boebert (R-CO).

@alaynatreene @axios Bye Felicia, he will not be missed in Congress. He likes to yell to dam much and hear himself talk.
— Raymond Mondragon (@Raymond Mondragon)1617115928.0

This is the kind of news I like to see. Scoop: Matt Gaetz eyes early retirement to take job at Newsmax....
— JEFFREY LEBOWSKI (@JEFFREY LEBOWSKI)1617117499.0

@mikeallen @axios @alaynatreene @RepMattGaetz @newsmax So it's all about him, not those who he represents.
— Andrew Cook (@Andrew Cook)1617116239.0