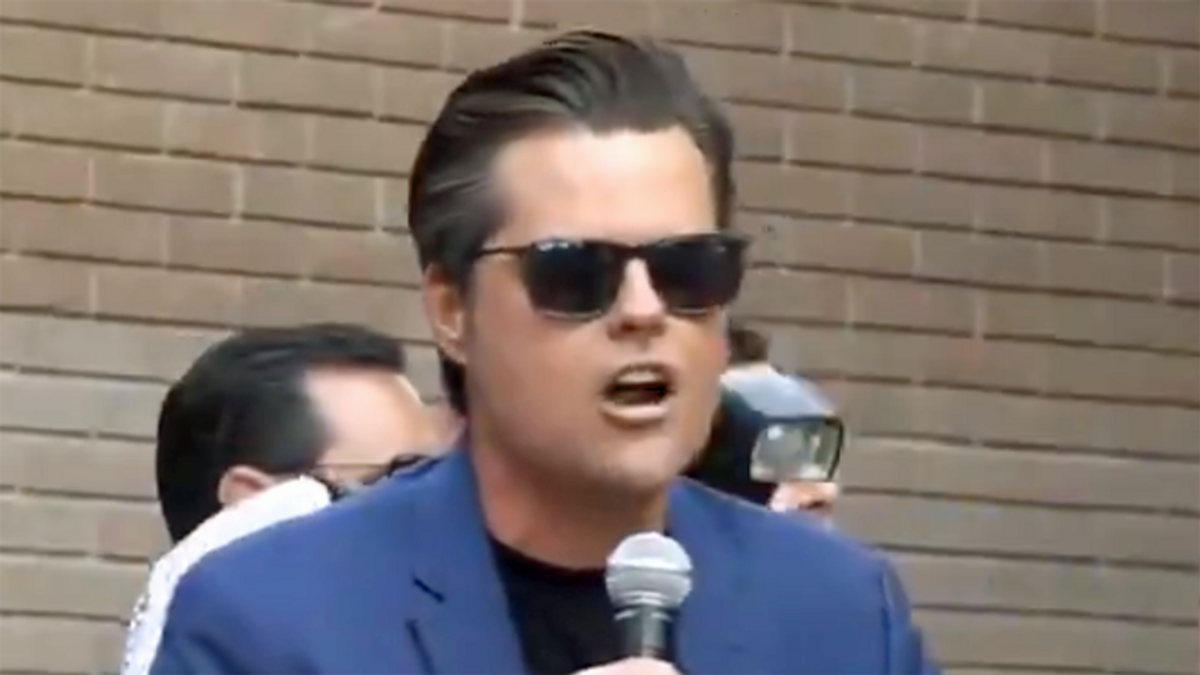 "And there's another truth that they don't want to hear," Gaetz shouted into a microphone at the rally.

"Donald Trump won the last election, and he's gonna win the next one!" Gaetz said, repeating the "Big Lie" that Trump won when in reality he lost by 7,061,234 votes.

Gaetz also claimed the two may need to take their fight to "the streets."

Here's some of what people were saying about the GOP firebrands:

@AndrewSolender Even this crowd, the crowd that showed up at a moment's notice, didn't respond to Gaetz's strange i… https://t.co/GGuJZ3CFfK
— Jordan Liles (@Jordan Liles) 1626569375.0

Exclusive: Matt Gaetz and Marjorie Taylor Greene jump in the car without taking questions as people boo them in Riv… https://t.co/qHlyb6z5V4
— MeidasTouch.com (@MeidasTouch.com) 1626569401.0

people are so tried of hearing these same lies . they have moved to having to shout them on the street because no one will rent them a venue .
— Rosel Ettress (@butterfly5069) July 18, 2021

Marge, they canceled you three times and you ended up on the sidewalk with 100 people, You sure showed them didn't you.
— Modeka (@modeka) July 18, 2021

WoW , they get twice that many people when they give free colonoscopies at the clinic !!!
— Louis Day (@lououtaouais) July 18, 2021