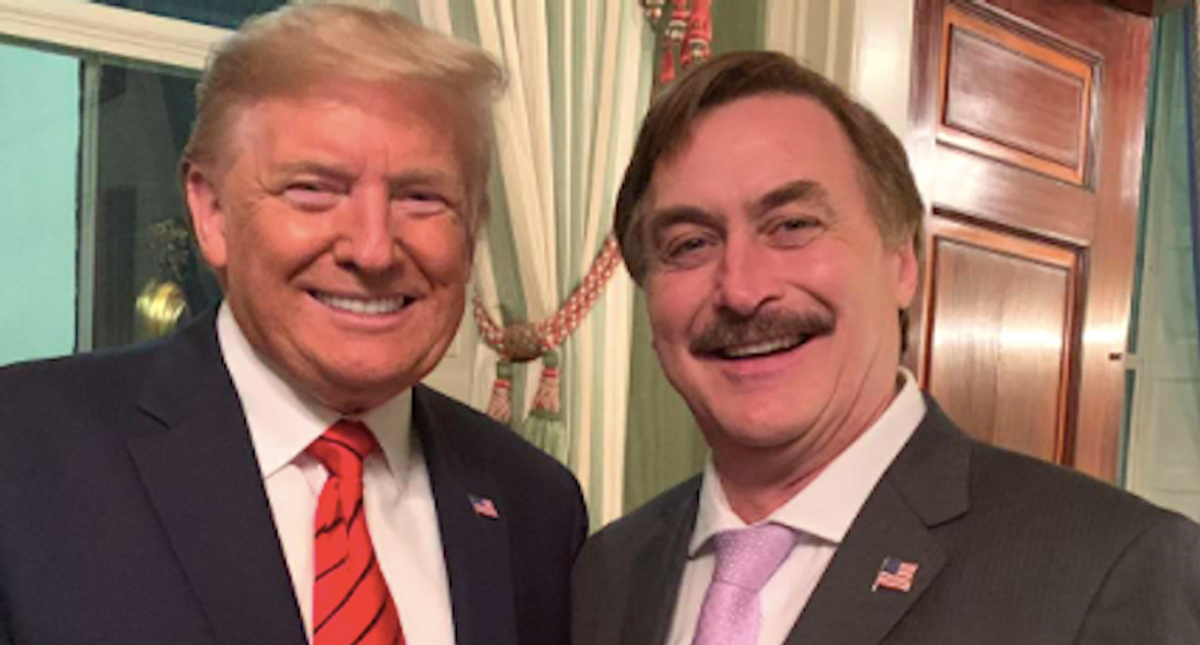 In an interview with Sollenberger, the midwestern businessman explained that he retrofitted his plants to make masks, is stuck with masks now that pandemic winds down, and estimates he lost over $7 million for his efforts.

"I can't give them away I tried to. No one wants the things anymore," he said in an interview before adding, "How many of those do we have, that we ought to just burn?"

The report notes that an aide to the CEO reported the company is sitting on at least 2 million masks.

In his phone interview, Lindell blamed multiple factors for his mask overstock including a boycott of his company due to his relationship to Trump, and said he can't even donate the masks to frontline workers because they don't meet the standards set by the CDC.

According to Sollenberger, "Throughout the interview, Lindell predicted this article would unfairly spin his mask enterprise as a 'failure.' But he invariably fell back to bitter lamentations and gripes about all the things that went wrong. And even though he has since converted into a virulent anti-masker, Lindell was conspicuously unconcerned about the idea that he was misled into embarking on a charitable venture which would have caused more harm than good. Instead, he laid the blame on a multitude of commercial and regulatory hang-ups that plagued the endeavor. He even defended his products as totems of comfort that carried Americans through a dark time."