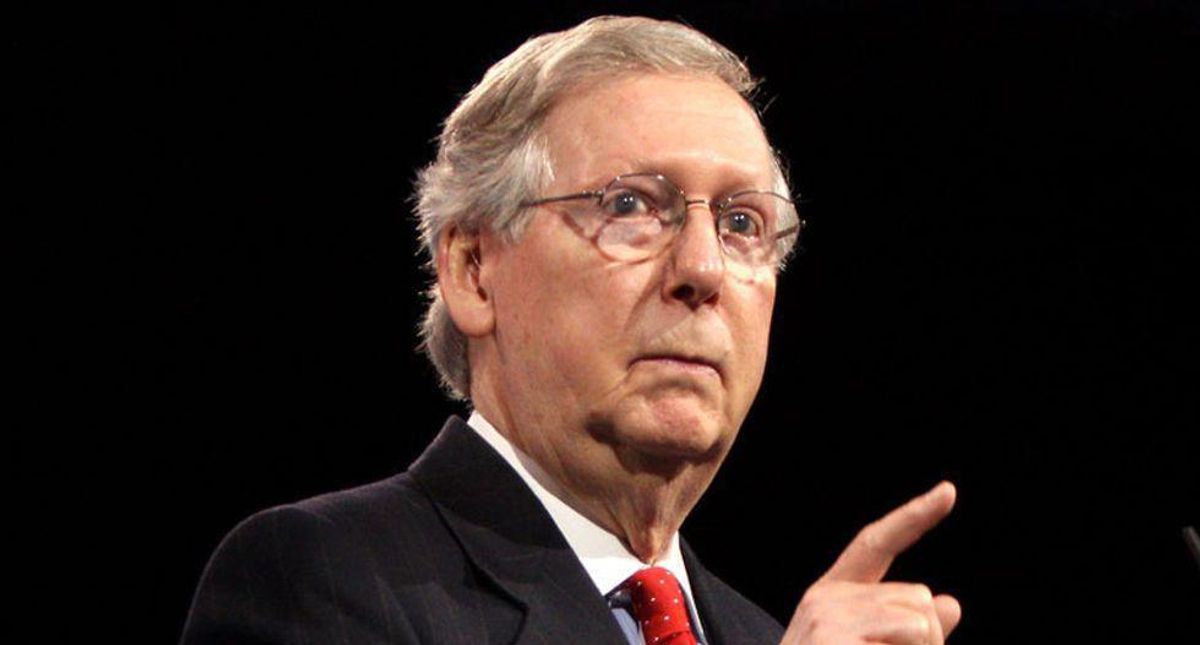 "Joe Biden had a win yesterday, he got a bipartisan deal on infrastructure and I don't think we should gloss over that as we rush to the next internal crisis in the Democratic Party," McCaskill suggested. "Mitch McConnell lost yesterday. He sent [West Virginia Republican senator] Shelly Moore Capito to the White House and she failed -- she was his guy. Now you have 10 Republican senators basically give Joe Biden a win and Mitch McConnell is not happy about it. So he's going to try to undermine this agreement that happened."

"Now here is the question for the Democrats going forward: are you going to blow up this victory that will help the Democrats in 2022 hold onto majorities and build on those majorities or are you going to allow some within our party to take down this whole deal because they don't think it goes far enough?" she added. "You're not going to get what Bernie Sanders wants through the U.S. Senate -- it's just not going to happen."

"You've got too many Democratic senators that are running in states that aren't blue, they're running in places that are purple or even red and we've got to make sure those people can win, or all of it is gone because Mitch McConnell is back in control and stacking the court and all the other things that he likes to do," she warned.