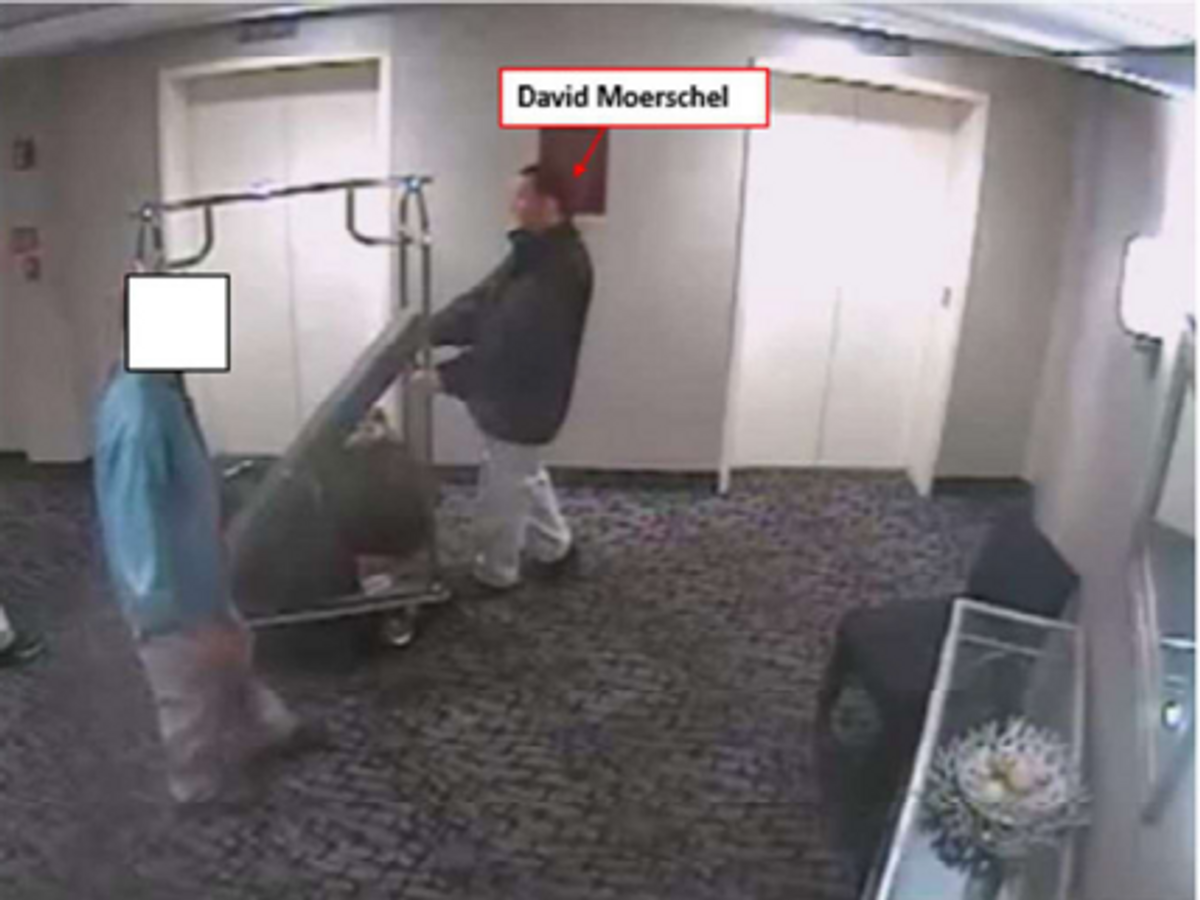 A 12th member of the Oath Keepers military-style "stack" formation that ascended the east steps on Jan. 6 and entered the US Capitol has been charged with conspiracy in the government's widening investigation of the militia group.

David Moerschel, a 43-year-old resident of Punta Gorda, Fla., was arrested by an FBI task force officer in Fort Myers on July 2, according to court documents. He went before a magistrate judge in Fort Myers on the same day, and was released on condition that he not possess any devices that allow communication, with an exception for work.

Moerschel is charged with conspiracy to obstruct Congress' certification of the electoral vote to formalize Joe Biden's election as president. In addition to conspiracy and obstruction of Congress, Moerschel is also charged with unlawful entry into restricted buildings or grounds. Moerschel has not yet been indicted, but his charging document lists 16 other Oath Keeper members and affiliates who are defendants in a May 26 superseding indictment as co-conspirators. One defendant, Graydon Young, has pleaded guilty and agreed to cooperate with the government prosecution.

Moerschel coordinated with other Oath Keepers by attending about 17 meetings on GoToMeeting between Sept. 28 and Jan. 3, according to the government. The affidavit filed in support of Moerschel's charges also allege that he participated in the "OK FL DC OP Jan 6" encrypted Signal chat to communicate with other Oath Keepers around the time of the insurrection, including coordinating travel from Florida to Washington DC.

In one message sent on the morning after the insurrection, Moerschel mentioned a "QRF" hotel in northern Virginia, where the government alleges that several Oath Keepers stashed firearms. The Oath Keepers referenced the weapons stash and the man responsible for guarding it as a "Quick Reaction Force." Communications between members indicate they utilized the hotel to avoid violating DC's more strict gun laws, but it remains unclear to what degree they formalized a plan to mobilize the force as a contingency in the event of escalating confrontation with law enforcement or antifascist opponents.

"We have your bag," Moerschel allegedly wrote to another Oath Keeper. "We will leave it with Kane at the QRF. We are en route there now." Surveillance footage from the Comfort Inn Ballston from Jan. 7 shows Moerschel among "three individuals wheeling a concierge cart with at least one long gun case onto an elevator," according to the affidavit. The FBI recovered a black jacket and a firearm with a long gun from Moerschel's attorney last month that appear to be consistent with what Moerschel was wearing and what he retrieved from the hotel on Jan. 7.