The U.S. Department of Defense on Tuesday released 48-pages of Jan. 6 communications following a Freedom of Information Act request from Business Insider.

"As an armed mob rushed toward the US Capitol on January 6, 2021, an aide sent Chairman of the Joint Chiefs of Staff Mark Milley an urgent update about congressional office building evacuations and 'escalating protests.' The sources of this information: journalists' tweets," Insider reported.

"Together, this initial release of emails provides dramatic, if decidedly incomplete insight into Trump administration activities in the hours immediately before, during, and after a mob of President Donald Trump's supporters attacked the US Capitol on January 6," Insider reported. "One email includes a highly redacted exchange — subject: 'fencing' — between Kash Patel, chief of staff to then-Acting Secretary of Defense Christopher Miller, and Anthony Ornato, Trump's deputy White House chief of staff for operations, who drew national attention earlier this month after Trump aide Cassidy Hutchinson testified before the US House's January 6 select committee about him." 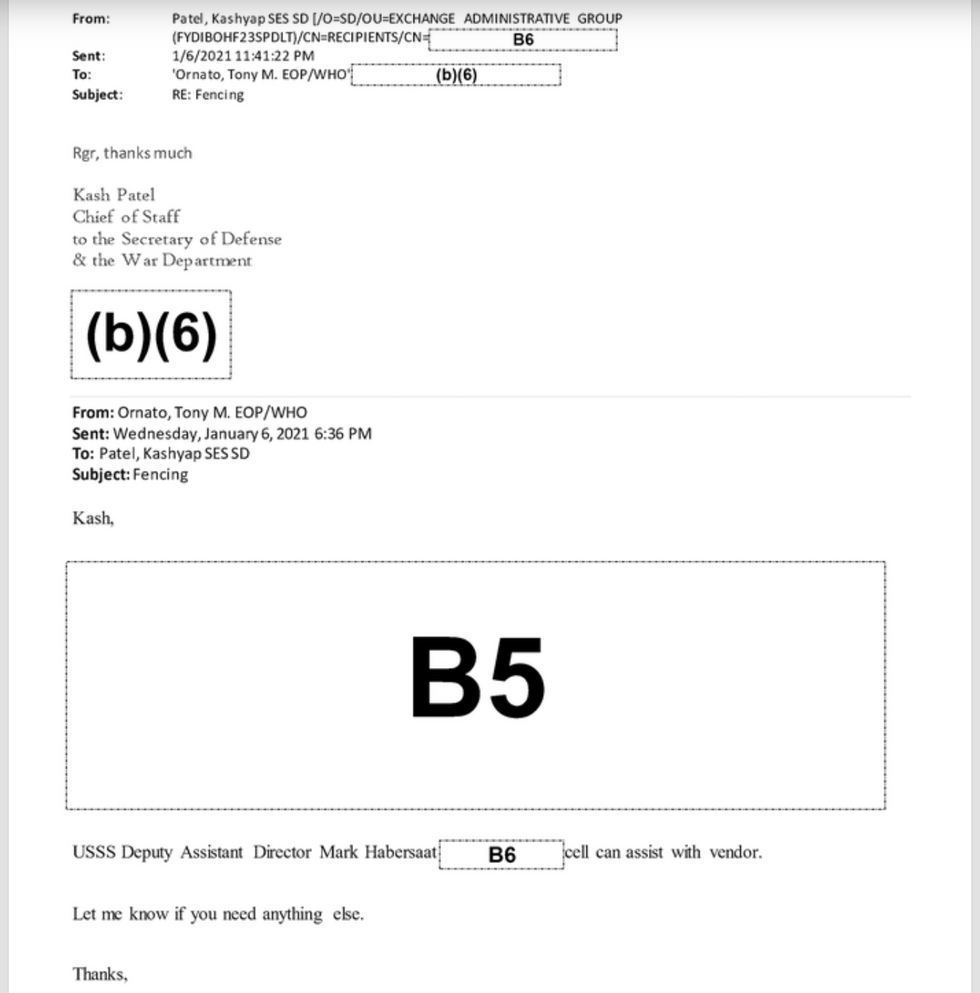 IN OTHER NEWS: 'An easy one for me': Marjorie Taylor Greene to vote 'no' on contraceptive rights

"Underscoring the chaotic nature of the Capitol attack, many of the newly released emails contain a moment-by-moment mash-up of direct government intelligence, debunked rumors, and "open source" reports curated from media outlets and social media," Insider reported. "Combined with what is already known about text messages sent to Trump's chief of staff and a high-level Homeland Security official who visited the Capitol in person, the new disclosures highlight a lack of preparation to secure the counting of the electoral votes and a disorganized, ad hoc response to the violent attempt to disrupt that process."

The FOIA request is ongoing and further documents are expected.

NOW WATCH: Jim Jordan goes off on Dems' marriage equality bill — and calls it an attempt to 'intimidate' Supreme Court

Jim Jordan goes off on Dems' marriage equality bill — and calls it an attempt to 'intimidate' SCOTUS www.youtube.com