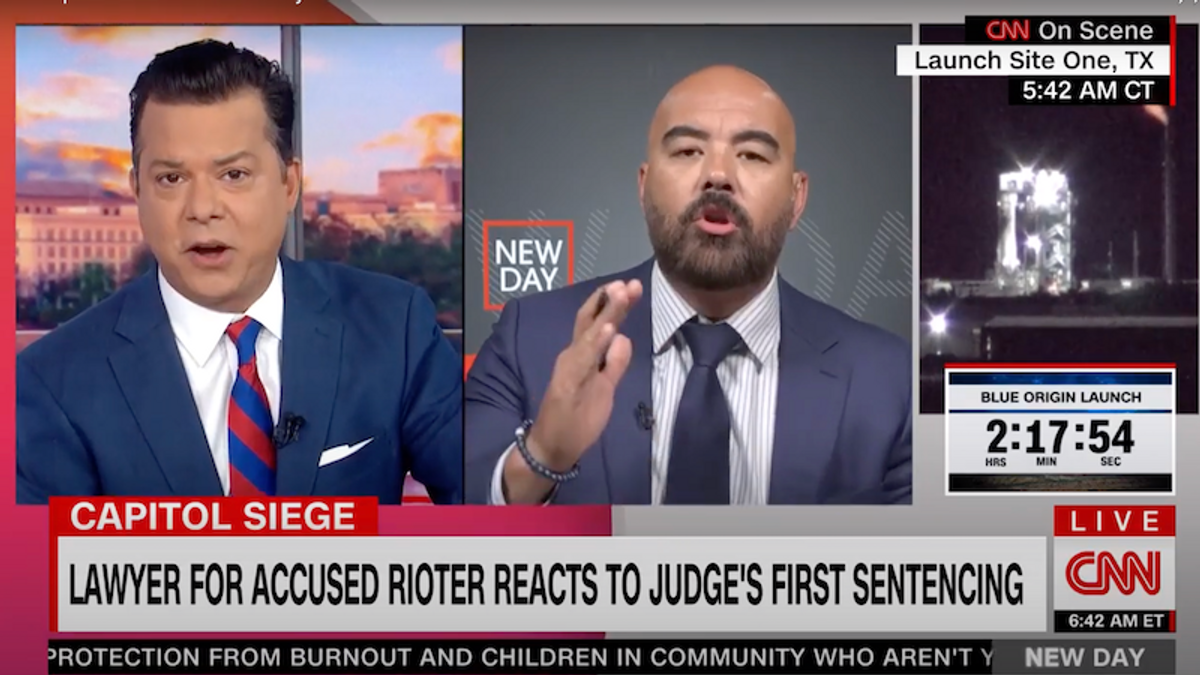 Joseph D. McBride, a defense attorney for one of the Capitol insurrectionists, went on a wild rant on national TV on Tuesday morning, comparing the federal government's treatment of accused rioters to "Nazis" and "the Russian gulags."

McBride represents Richard "Bigo" Barnett, who was photographed with his feet up on House Speaker Nancy Pelosi's desk during the insurrection.

He appeared on CNN's New Day to discuss Monday's sentencing of insurrectionist Paul Hodgkins, but the interview took a dramatic turn when host John Avlon asked McBride about a LinkedIn column he wrote comparing the federal government's treatment of accused insurrectionists to the Nazi regime.

When Avlon asked whether McBride has access to his client, he acknowledged that Barnett has been released pending trial.

Avlon then asked why McBride recently went on Russian TV with his client to plead the insurrectionists' case.

"If the media and the United States government does not want to hold itself accountable for the human rights violations that are taking place at D.C. Guantanamo Bay, then who better to hold us accountable than the inventors of the Gulag themselves?" he responded. "That is why I went there."

"Are you OK with people being tortured?" McBride asked repeatedly, speaking over Avlon with his voice rising.

"I want to thank you for coming on, but I hope you would have more of a fact based conversation with anything resembling a sense of perspective about an attack on our Capitol," Avlon said, as McBride continued to yell, "Torture!"