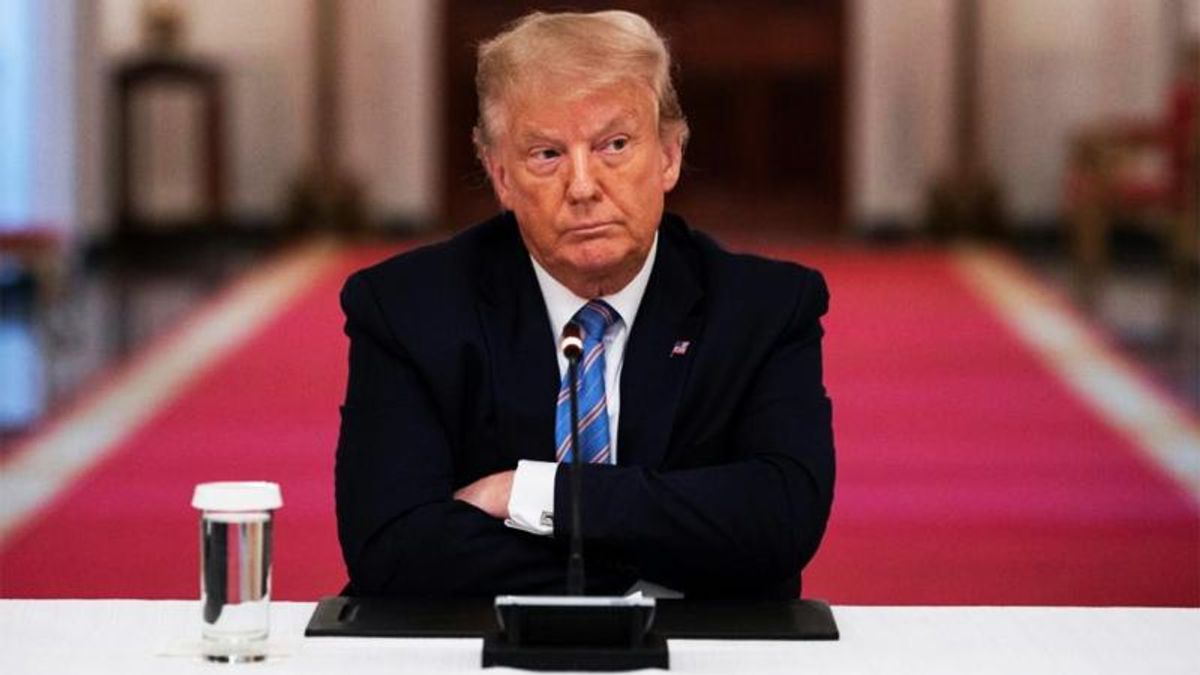 In a column for the Daily Beast, Jake Whitney made a powerful case that the judges Donald Trump appointed -- with the help of then-Senate Majority Leader Mitch McConnell (R-KY) -- came back to bite him when he attempted to dispute the results of the 2020 presidential election.

As has been reported, virtually every legal filing the former president, his lawyers and his allies submitted to the courts was swatted aside with more than a few shot down by Trump appointees.

As Whitney explained, having a Trump appointee dismiss election fraud claims took away a powerful weapon the former president could have used in the court of public opinion.

"When Donald Trump left office in January as a one-term president, he had nonetheless made a vast impact on the American court system. In four years, Trump had appointed 226 justices to the federal bench, including 54 to the appellate court. This latter number is just one justice fewer than Barack Obama appointed to that court in his entire eight years as president. Of the nation's 13 federal appeals courts, Trump succeeded in flipping three from liberal to conservative majorities," Whitney wrote before noting that none of those appointees stepped up to help out the man who placed them on the courts.

"But here's the really interesting thing: It was because of, not in spite of, Trump's influence on the judiciary that the peaceful transfer of power was ensured," he explained. "Sound crazy? Imagine if the courts, like Congress and the media, had split along partisan lines—with Democratic appointees ruling against Trump's election challenges and Republican appointees ruling in favor. Imagine further that no Trump appointees had heard the cases. The right wing, already aflame with conspiracy theories, would have considered the entire process a sham. Worse, a partisan split would have instilled an even deeper sense among all Americans that the country possessed no objective arbiter—that truth was only what our respective political leaders deemed it to be."

According to Whitney, what would have appeared as partisan rulings to deny Trump a hearing on his election fraud complaints could have resulted in worse than the country saw on Jan 6th when right-wing extremists stormed the Capitol.

Writing, "We were spared these outcomes only because of the bipartisan nature of the court decisions and because Trump-appointed justices heard key cases: in more than 60 post-election lawsuits, a total of 86 judges—including 38 Republican appointees and eight chosen by Trump himself—rejected the election challenges .... Not a single Trump appointee on any court voted to support his fraud claims." Whiney explained, "This clear repudiation had powerful effects. It forced several of Trump's most high-ranking supporters to finally admit that the election had not, in fact, been stolen."