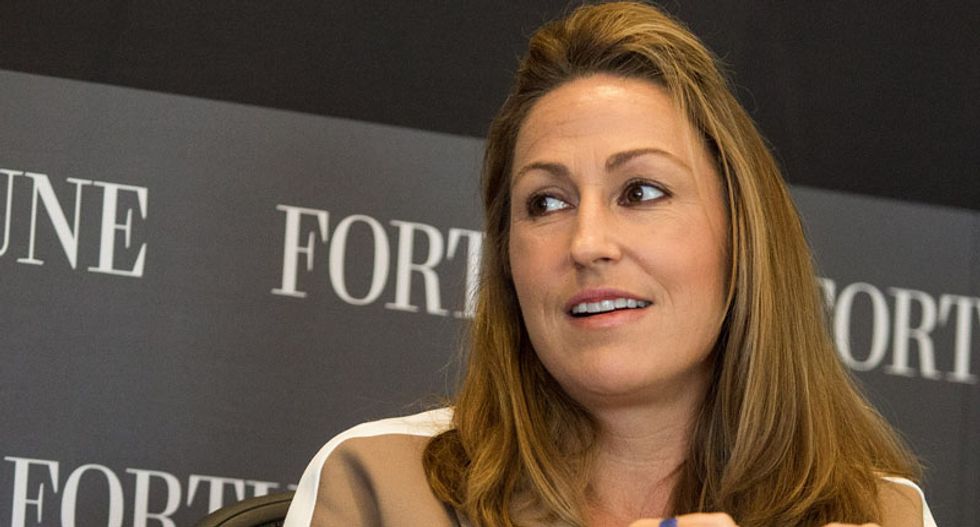 EpiPens are mandatory for public schools in at least 11 states after Congress passed a law recommending their use -- but the drug's manufacturer pays no U.S. taxes at all after relocating overseas.

About a year and a half later, Mylan completed a corporate inversion to change its legal residence to the Netherlands, a tax haven, while keeping its headquarters and most of its employees in the Pittsburgh area.

The move allowed Mylan to cut its U.S. effective tax rate from 9.4 percent in 2013, the year Congress helped protect its market dominance, to negative 4.7 percent in 2015, according the group Americans For Tax Fairness.

Mylan's worldwide effective tax rate fell after moving to the Netherlands from 16.2 percent to 7.4 percent -- even as its global profits shot up by 22.5 percent between 2013 and 2015.

The company receives millions in U.S. taxpayer funding through federal programs such as Medicaid and the Children's Health Insurance Program, which has helped offset consumer costs as Mylan has jacked up EpiPen prices.

EpiPens now cost $609, more than twice the $265 rate in 2013 and more than five times higher than their $104 cost in 2009, not long after the company acquired the drug from the German drugmaker Merck.

The company's CEO, Heather Bresch, has raised her own pay at similar rates to the drug she lobbied Congress to promote through federal law.

Bresch took home $4.9 million in 2009, but last year she made $13.1 million -- and the year before, when she moved Mylan overseas after securing the Emergency Epinephrine Act, she made a whopping $25.8 million.

The CEO's father, U.S. Sen. Joe Manchin (D-WV), was not among the 27 Democratic sponsors of the bill -- which also drew 10 Republican co-sponsors and one independent.

The pharmaceutical company's "EpiPen4Schools" program, which started in August 2012, before the bill was passed but after it was introduced, offers free or discounted EpiPens to schools with one catch.

To qualify for the discounted $112.10 price, schools must agree not to purchase similar products -- such as the lesser known Adrenaclick -- from Mylan's competitors.

A spokesperson for the company said the competition requirement was no longer part of the program and did not say when it was ended, but it was apparently still shown on order forms as recently as June 2015, STAT reported.