No, EpiPen did not lower their drug price — they pulled a sneaky ’Pharma bro' trick instead 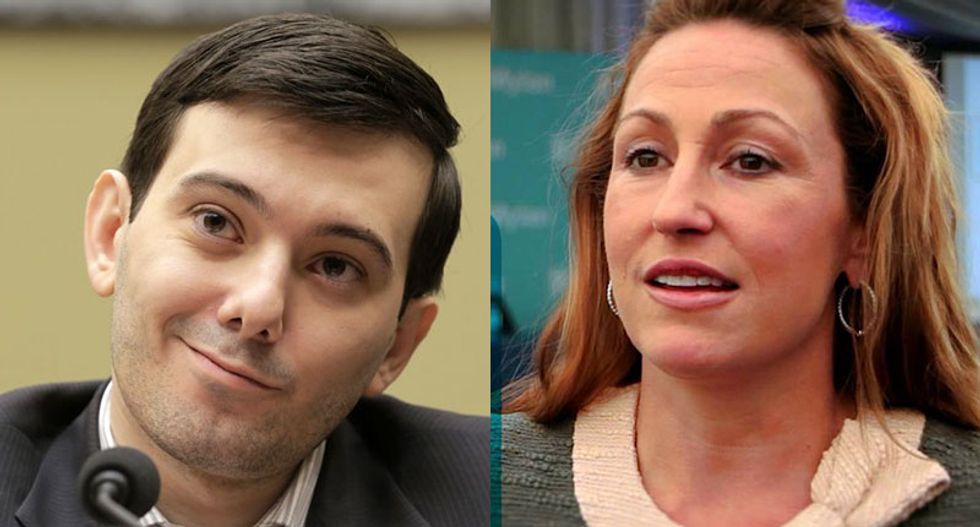 The maker of EpiPens announced Wednesday that it would cut out-of-pocket costs for the life-saving allergy treatment -- but the drug's actual cost won't change.

Mylan NV and its CEO, Heather Bresch, announced a discount program to help some patients pay for the drug by using a savings card that would cover up to $300 of EpiPen 2-Pk.

The injectable epinephrine has jumped in price from $94 in 2008, a year after Mylan acquired the drug, to more than $600 -- which has spelled a public relations disaster for the company and its CEO, who has become the biggest corporate villain since Martin Shkreli, aka "Pharma bro."

Shkreli became the most hated man on the Internet last year, after his former company, Turing Pharmaceuticals, jacked up the cost of the anti-nausea drug Daraprim by more than 5,000 percent.

He bowed to public pressure and promised to cut Daraprim's cost, which he eventually did through a discount offered to hospitals that allowed Turing to maintain their profits but cut the cost to some customers.

That's the same gambit Mylan is pursuing for EpiPens.

Bresch said the company had offered coupons instead of cutting the cost because insurance companies and pharmacy benefit managers were also involved.

She defended the price hikes since acquiring EpiPens from generic drugmaker Merck KGaA, saying the German company was spending virtually nothing to market the drug.

Presidential candidate Hillary Clinton and members of Congress called on Mylan to lower the price, and a bipartisan group of lawmakers have called for a congressional investigation.