Reminder: Manafort got the GOP to change their party platform to be more Russia-friendly 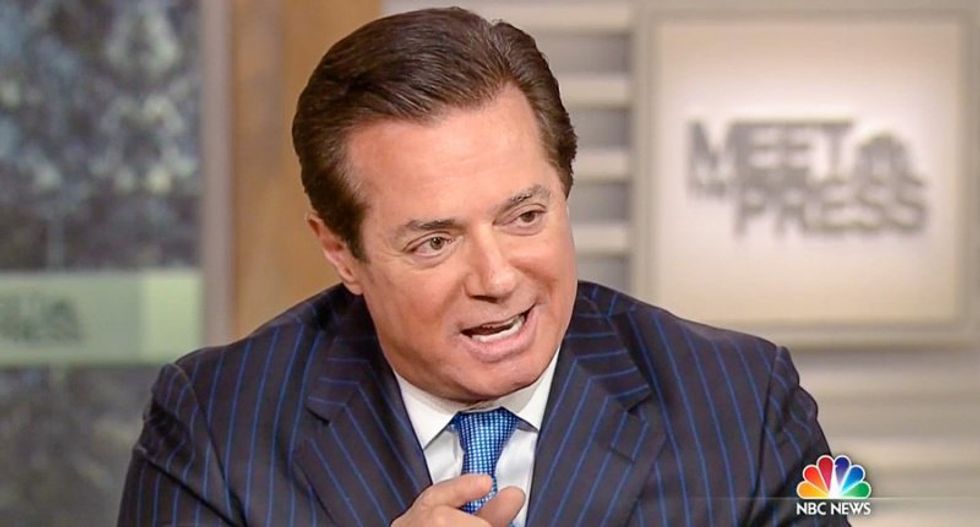 The Republican National Convention in 2016 brought all of President Donald Trump's top aides to the barrage of cameras and media attention from July 18-21. During the convention, the Republican Party argued over whether they should back Ukraine, which was invaded by Russia in 2014. However, those top Trump aides mandated that the GOP take the side of Russia in the Ukraine-Russia battle. Suddenly, the Republican Party focused on the "friendship" between the U.S. and Russia.

“Today, the post-Cold War ideal of a ‘Europe whole and free’ is being severely tested by Russia’s ongoing military aggression in Ukraine,” read the proposed amendment to the Republican Party Platform, according to The Washington Post. “The Ukrainian people deserve our admiration and support in their struggle.”

“I was troubled when they put aside my amendment and then watered it down,” Denman told The Post. “I said, ‘What is your problem with a country that wants to remain free?’ It seems like a simple thing.”

Instead, Trump's staffers wrote an amendment changing the call for "providing lethal defensive weapons" to “appropriate assistance.” It was voted on and passed and the GOP released a platform that put their own elected officials in conflict with the party's national platform.

“This is another example of Trump being out of step with GOP leadership and the mainstream in a way that shows he would be dangerous for America and the world,” another platform committee member noted.

Just 10 days after the event wrapped, the New York Times outlined the history of Russia and Paul Manafort, the former campaign chair to President Donald Trump.

"President Viktor F. Yanukovych, who owed his election to, as an American diplomat put it, an 'extreme makeover’ Mr. Manafort oversaw, bolted the country in the face of violent street protests," The Times read. "He found sanctuary in Russia and never returned, as his patron, President Vladimir V. Putin, proceeded to dismember Ukraine, annexing Crimea and fomenting a war in two other provinces that continues"

It wasn't long before Manafort's past caught up and caused so much anxiety that he was forced to resign.

Seven months before Manafort stepped down and the GOP changed its platform, retired Lt. General Michael Flynn was leading the cheers for Russian President Vladimir Putin while being paid $34,000 by the Russia Today network.

Yet, Vice President Mike Pence maintained he knew nothing about anything Russia related, especially Flynn. MSNBC host Rachel Maddow has spent weeks diving into evidence stacking up against Trump's team, including Pence.

During a Jan. 15 appearance on “Face the Nation,” Pence denied Ret. Lt. Gen. Michael Flynn discussed sanctions with Russian Ambassador Sergey Kislyak. Only after The Washington Post revealed Flynn lied to Pence was Flynn fired. Pence has managed to maintain plausible deniability, but that is slowly unraveling as evidence of warning after warning is coming forward.

Meanwhile, investigation after investigation is tackling Trump ties to Russia. The investigations are being led by Republican Party members whose platform outlines feeble opposition to the country.