Seth Meyers: The only thing about 'quid pro quo' is Trump is definitely not a pro -- more like 'quid idiot quo' 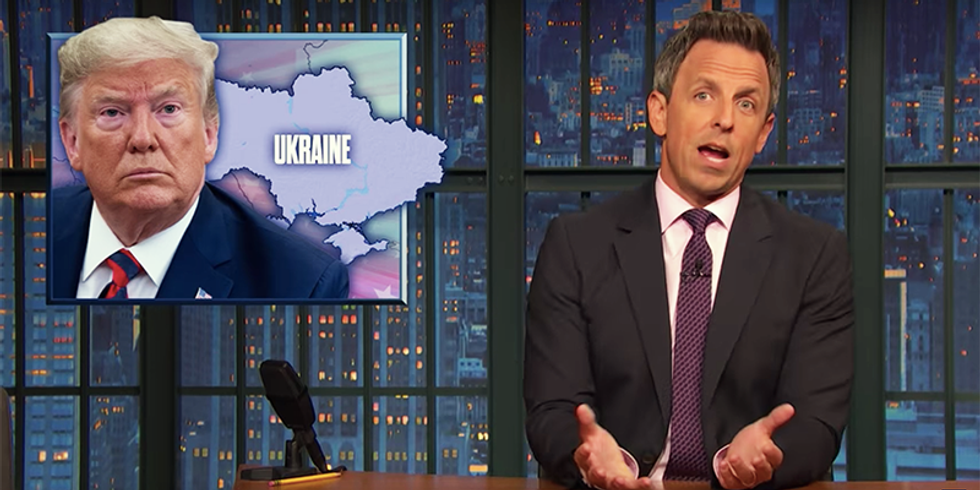 Meyers began by showing clips of pundits and commentators speculating that the White House would never release a transcript of something if Trump did anything wrong.

Meyers pointed out that Trump's call involved things like: "Joe Biden, Rudy Giuliani and said the words 'I would like you to do me a favor.'"

"It doesn't get more obvious than that," Meyers continued. "It actually would have been better for Trump if the whole transcript just said 'unintelligible.' And when Trump asked for the favor, it wasn't just an innocent request. As this call was happening, Trump was holding up $400 million in military aid that Ukraine desperately wanted from the U.S. In fact, Trump specifically brought up the Biden stuff after the Ukranian president brought up that military aid."

Meyers showed in the transcript where the Ukranian president said, "I would also like to thank you for your great support in the area of defense." The very next sentence out of Trump's mouth was, "I would like you to do us a favor though."

"That is an obvious quid pro quo," the Emmy-nominated host said. "The only way it's not a quid pro quo is when it comes to committing crimes, Trump is definitely not a pro. He's an idiot. It's more like a quid idiot quo. He literally said, 'I'd like you to do us a favor.' Hey might as well have been having this meeting at his daughter's wedding while petting a cat."

The reference was to the "Godfather," but Meyers confessed Trump's pets are really Mike Pence or Rudy Giuliani. 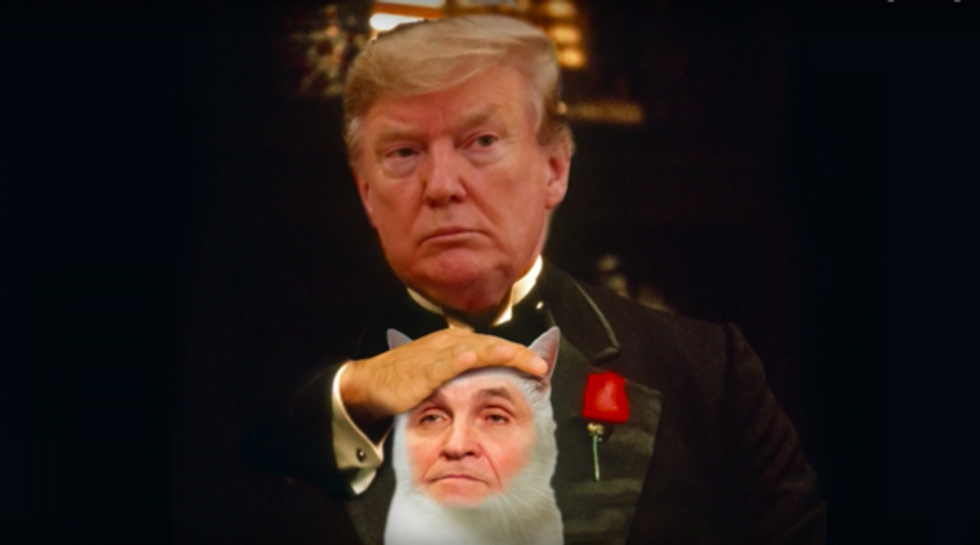 New reporting from the Associated Press states that the Russian military has established 10 torture sites in the eastern city of Izium, Ukraine.

Torture is a war crime under the Geneva Conventions.