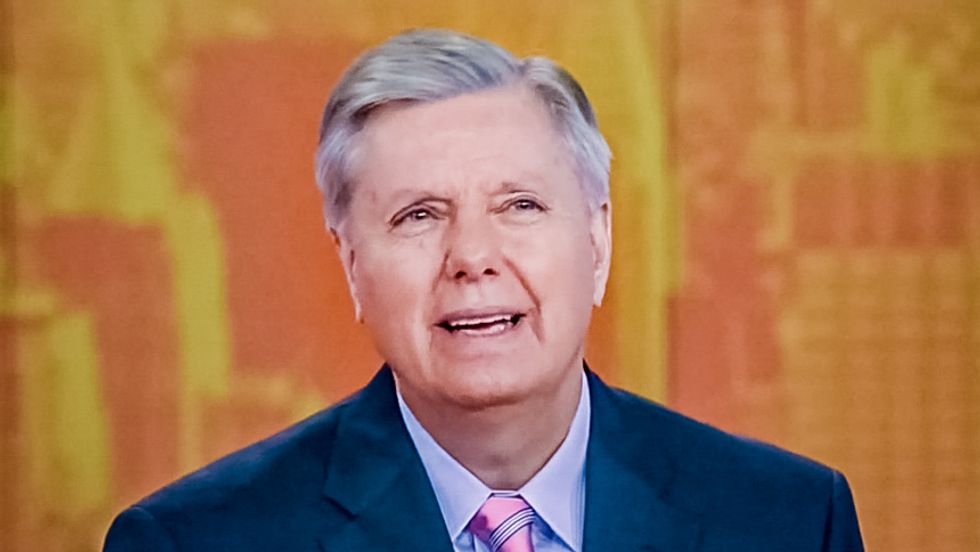 In a clip shared by "Morning Joe" co-host Willie Geist, Graham expressed his admiration for Biden but said that he felt dutybound to investigate his old colleague based on claims of bribery and influence peddling.

In his interview, Graham blithely stated, "I like Joe Biden. You know, all I can say is that Joe didn't pull any punches when he ran against '[Sen. John] McCain -- that's the way the system works. I like him fine, but we're not going to have two systems where you just look at the Republicans and you get a pass.

Adding, "He's had a lot of tragedy in his life," Graham then stated, "But I have a conscience that is very clear right now and I have a duty. If the House is going to shut it down, then the Senate is going to pick it up."

"Neal," Geist asked, "It's one thing to fall in line with the president on this impeachment question, it's another to pursue and to lead the effort to chase down a Ukrainian conspiracy theory to help the president."

"I would like to see him asking all sorts of questions around that, and he's not," the attorney emphatically stated. "And you know, this is occurring against the backdrop of a White House that has gagged every executive branch employee from testifying, from providing documents in the impeachment inquiry. If Senator Graham is so curious about kind of, you know, these questions and thinks that's his duty, boy, that's where his duties should begin. We're talking about the president of the United States, not some former vice president."