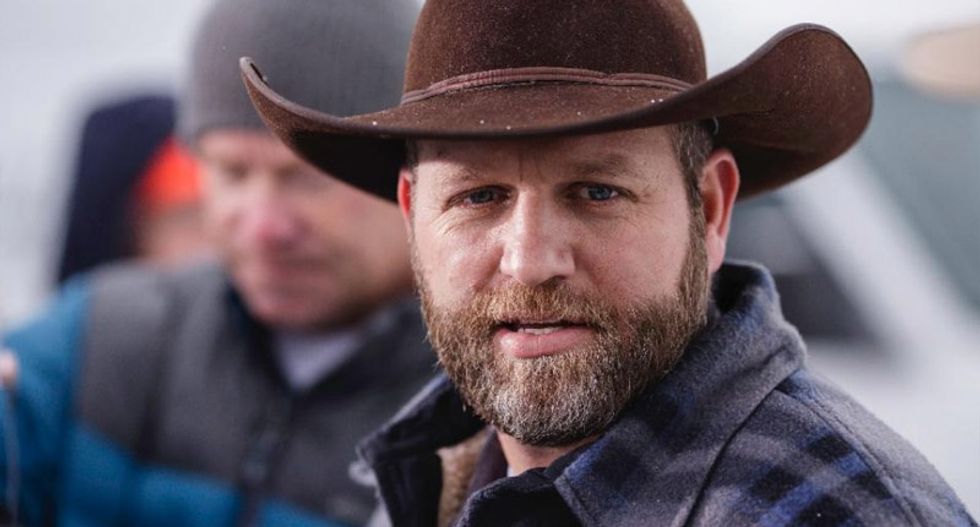 Right-wing militant Ammon Bundy is preparing for another armed confrontation with the government, this time over coronavirus restrictions.

The conservative activist who led standoffs against federal agents at his father's Nevada ranch and an Oregon wildlife sanctuary is now warning that his People's Rights group is expecting possibly violent conflict with the government over COVID-19 mandates, reported the Idaho Press.

The newspaper reported that Bundy and others made ominous references at a Thursday meeting to making preparations for conflict "before the world comes to an end," and a text message sent before the gathering warned that "force that is evident to come upon us."

Bundy encouraged members to train in militia-style groups of two to 10 people, which said was the "most effective" type of "warfare," and warned that only defensive violence was "righteous."

People's Rights has protested at health districts, the homes of public officials, a special session of the Idaho Legislature and at police agencies that have cited or arrested group members.

A group member was arrested earlier this week for disturbing the peace outside the home of Diana Lachiondo, a member of Central District Health's board of health -- which abruptly called off its meeting last week after People's Rights and other right-wing groups protested at the members' private homes.

Another protest is planned for the meeting rescheduled for Tuesday afternoon, and state and local police plan to provide additional security.

Bundy paused his own hours-long meeting to allow anyone unwilling or uncomfortable with using violence in self-defense to leave, and he asked for a show of hands for anyone who had served in the military or seen combat.