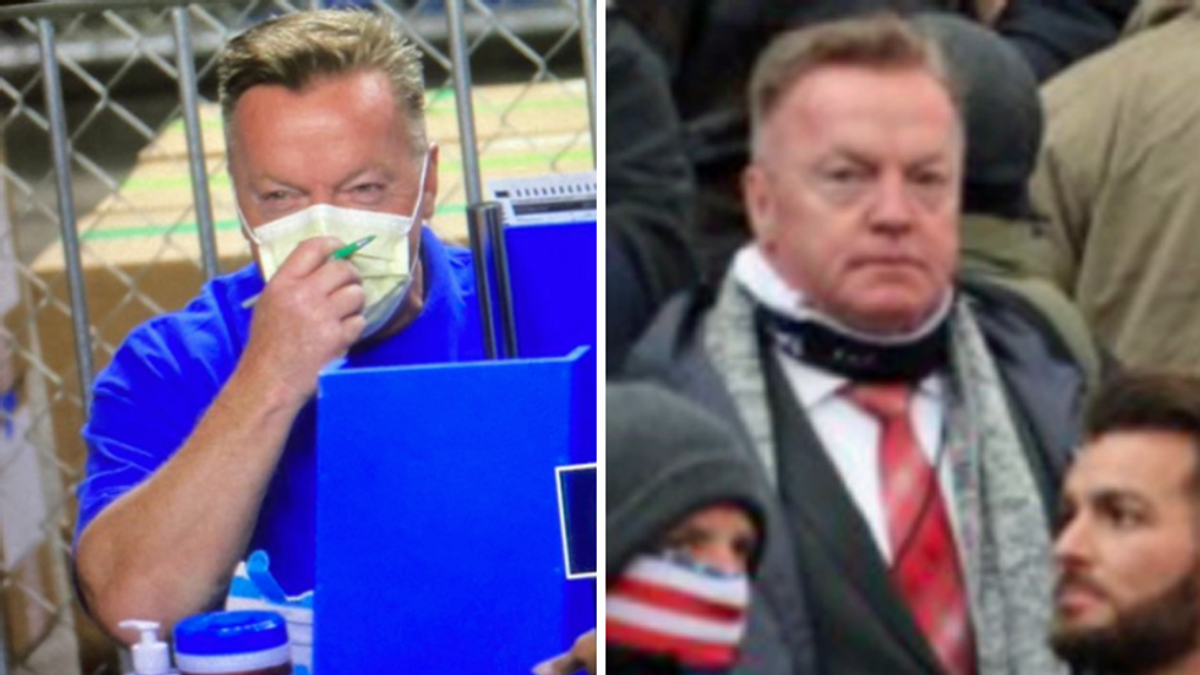 Donald Trump praised a former Arizona state lawmaker who posted a picture from the Capitol on January 6th and is attempting a political comeback after being ousted by voters in the same November election Trump lost.

The former president, who is summering at his Bedminster resort in New Jersey, took time out of his day on Thursday to involve himself in a GOP primary for a state legislative race in Arizona.

In a statement emailed to reporters, Trump bashed state Sen Paul Boyer as "a RINO if there ever was one" in reference to the insult that Boyer is a "Republican in name only."

Trump said his fellow Republican "has been nothing but trouble."

In May, Boyer publicly criticized the audit.

"It makes us look like idiots," Boyer told The New York Times. "Looking back, I didn't think it would be this ridiculous. It's embarrassing to be a state senator at this point."

In reality, Kern is a "known liar" who was ousted by the voters.

Kern had traveled to Washington, DC for the "Stop the Steal" rally by Trump supporters falsely claiming the Republican won the 2020 election who were attempting to overturn the will of the voters.

In April, Kern was caught counting ballots at the widely-panned Arizona audit despite his own name being listed on the ballots as a Trump elector.

The Arizona GOP kicked out Arizona Republic reporter Ryan Randazzo for tweeting a picture of Kern counting the ballots. Kern was subsequently banned from counting ballots because of the "bad optics."