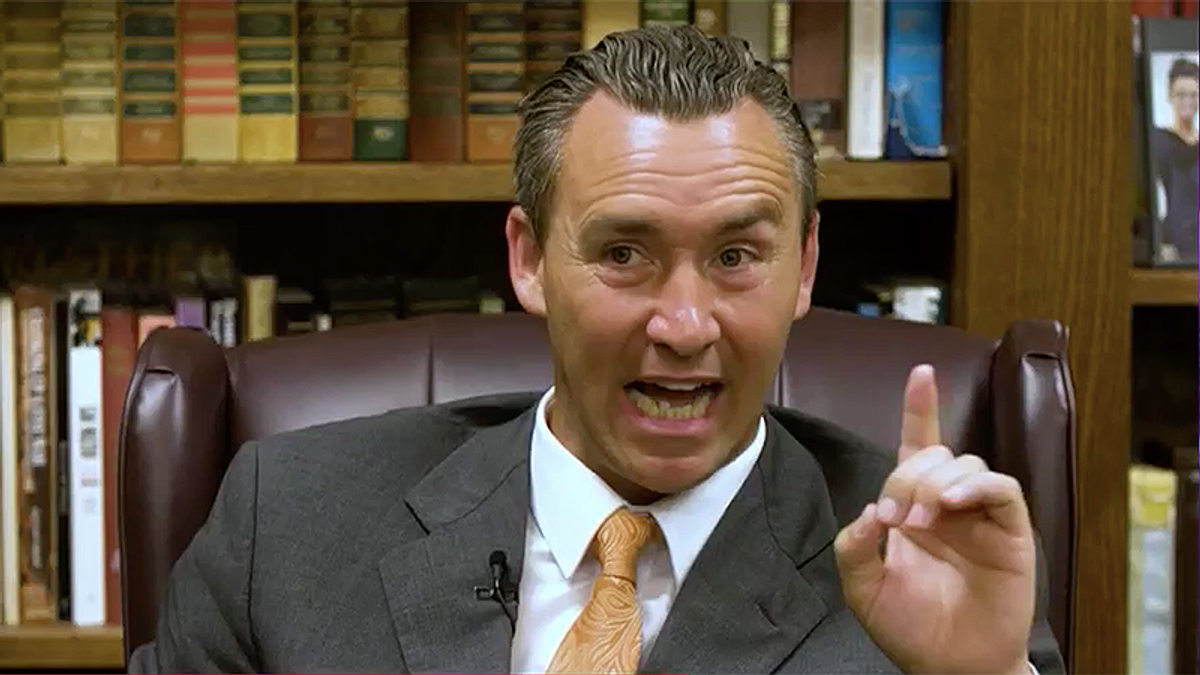 "If anti-mask and anti-vaccine is anti-government then I guess I'm proud to be anti-government," said Spell as his church crowd cheered and danced. "Hallelujah, Jesus. You do not give me my rights, sir."

Speaking to former Vice-turned-CNN reporter Elle Reeve, Spell said that he would rather die free "than I had live on my knees (sic)."

"How is it living in your knees to take the vaccine," asked Reeve.

"Because you're vowing against your convictions," Spell said.

For others, whose convictions don't align with Spell, taking the vaccine is also a choice, but one they're gladly accepting. With Spell, it isn't an anti-doctor philosophy, it's merely an anti-vaccine policy.

"If you break your arm or something, would you go to the doctor?" asked Reeve.

"Sure I'd go to the doctor and get it set and wear a cast," the pastor said.

"At some level, you trust some doctors," Reeve said.

"Yes, we do," Spell said. When Reeve asked where the line was, Spell said that the virus has been "a scam" since the beginning. Ironically, his parents both purported to have the virus and his grandfather confessed to getting the vaccine. Spell said he opposes it.

"There is a tendency within white Christian nationalism to want to believe these kinds of conspiracies," explained University of Oklahoma sociologist Samuel Perry."It reinforces us versus them. The problem is, the people who are feeding that fear have an incentive to keep stoking that fear because people keep clicking and people keep listening."

"Is the appeal of your sermon that the pandemic is scary, the virus is scary, and so you're telling scared people, you don't have to worry about any of that stuff, like come to my church and God will make sure you don't get this virus?" asked Reeve.

"Why are you giving them false hope?" she asked.

"That's not false hope," the pastor claimed. "What's false is our lying politicians."

If someone at Pastor Spell's church gets COVID-19 or dies of COVID-19, it's unclear if that person could sue him. It could become a key problem for Christian Nationalist pastors in the coming months.

See the rest of the interview below: