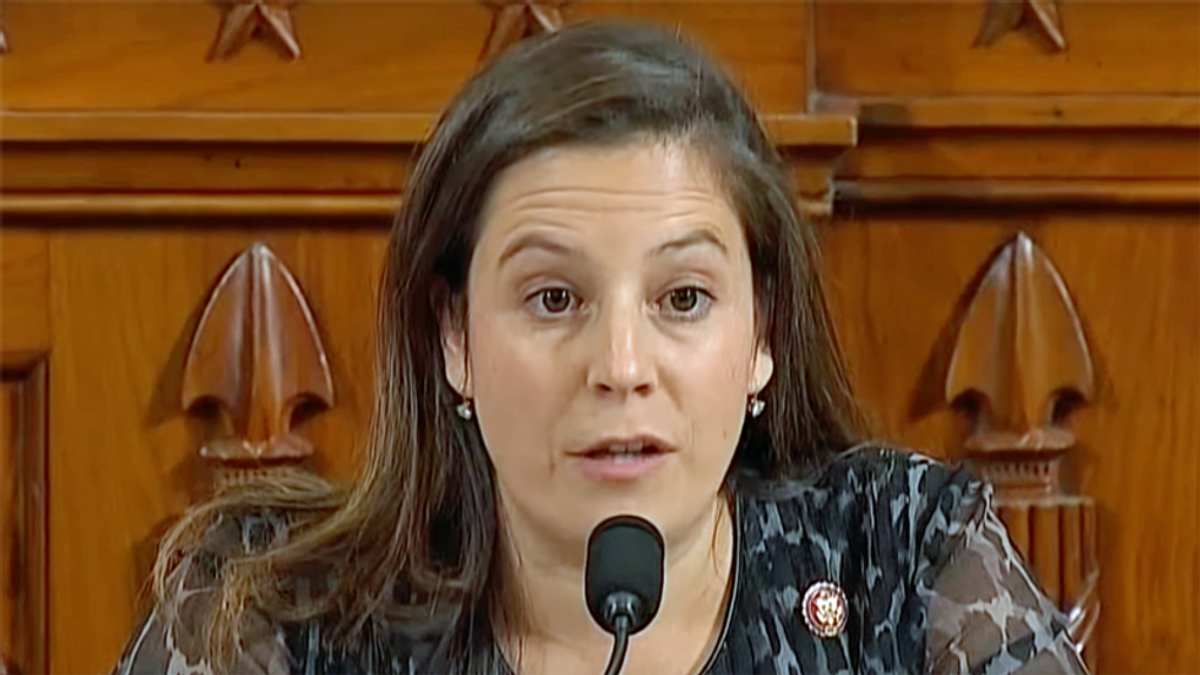 After video of her speech went viral, critics of the New York lawmaker -- who attained her leadership position after Rep. Liz Cheney (R-WY) was ousted from the position for criticizing former President Donald Trump -- was the recipient of a flood of criticism for a last-ditch attempt to gaslight the country before the hearings began.

@AndrewSolender The press has a responsibility to call out such blatant lying propaganda..
— MaKin (@MaKin) 1627394467.0

The truth is being told in the Jan. 6 select committee hearing. Stop betraying your oath to the constitution… https://t.co/LHnsUSe6Ri
— Olivia of Troye (@Olivia of Troye) 1627397120.0

@AndrewSolender Not that you all didn't know this. But there is clearly no level to which Stefanik won't sink. Absolute gutter trash
— Cliff Schecter (@Cliff Schecter) 1627393971.0