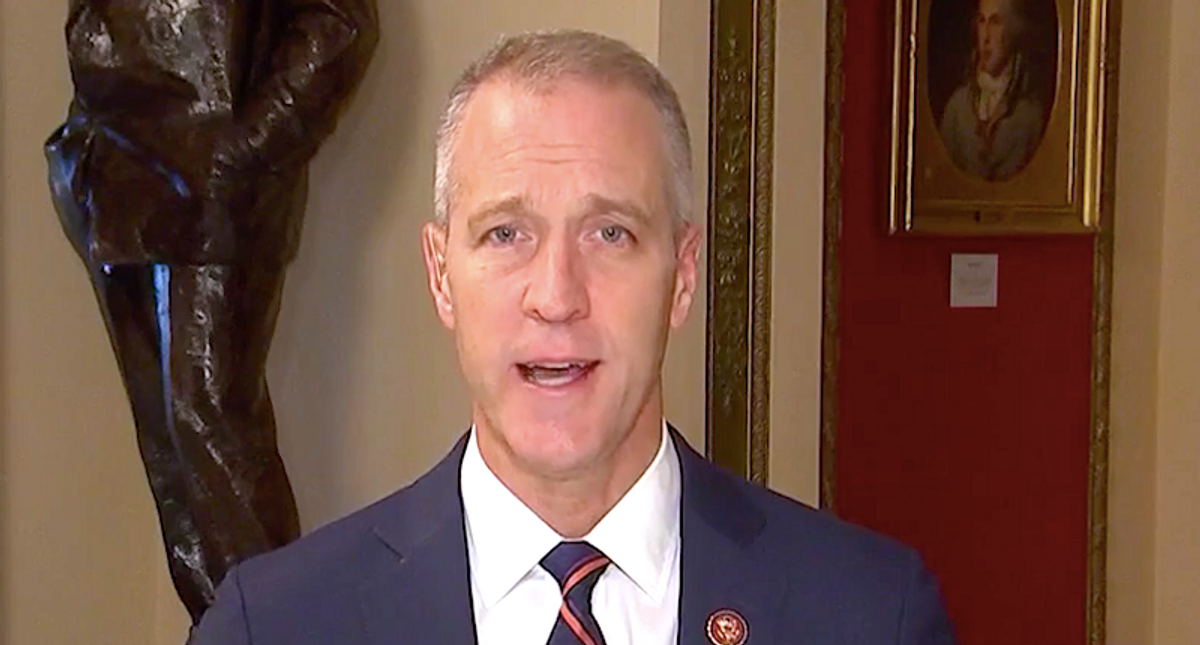 MSNBC's Stephanie Ruhle on Monday asked the congressman why he was doing this instead of focusing on Trump's COVID-19 failure.

"Well, I think a better question would be, why was the president focused on a violent insurrection when he should have been focused on fighting the pandemic," Maloney said. "I mean, are you really going to ask us why we're focused on a violent overthrow of the legislative branch? I mean, the potential killing of the vice president, of the speaker of the House, of those of us in the House chamber."

He went on to explain that they would address it all "appropriately" in due course.

"And the president could make it easy and do the right thing and resign," he also said. "That would be good. The vice president in the cabinet could allow us to focus on the pandemic by invoking the 25th Amendment and having the president removed immediately. But if left no other choice, yeah, we're going to stand up for the Constitution over that mob that killed a Capitol Police officer and the Biden administration can get the FDA and the NIH and the other organs of the federal government in the game on mass vaccinations at the same time."

Ruhle asked if this is what Trump wants, another political war where he can shore up support among Republicans against Democrats, but Maloney said it isn't, particularly since so many Republicans in both chambers are supporting Trump's removal.

"I would really encourage Democrats not to make this about what Democrats might do wrong. I think we should stay focused on whether Republicans are going to know right from wrong, and whether some of them will stand up and be counted," he explained. "I think the 25th Amendment gives the vice president and the Republican Cabinet officials the opportunity to do the right thing. They should take it. I don't hold out much hope for the president resigning, I do hold out some hope for some Republicans in the House and Senate who stood with us on the Electoral College to stand with us on our Constitution, instead of siding with that mob. But I want every Republican to be held accountable. I want a roll call. And it will either be a roll call of honor or it will be a roll call of infamy if they vote to side with that mob."

Maloney also said that he and other members still haven't been given a briefing about what went wrong. Two IEDs were found on Wednesday as well, one at the Democratic Party offices and another at the Republican Party offices. Maloney said that he still doesn't know who was behind the bombs and what is being done to find the perpetrator.

Sunday, the Washington Post revealed that the Capitol Police Chief, who has since resigned, called the National Guard asking for help multiple times. Those requests went reportedly ignored.