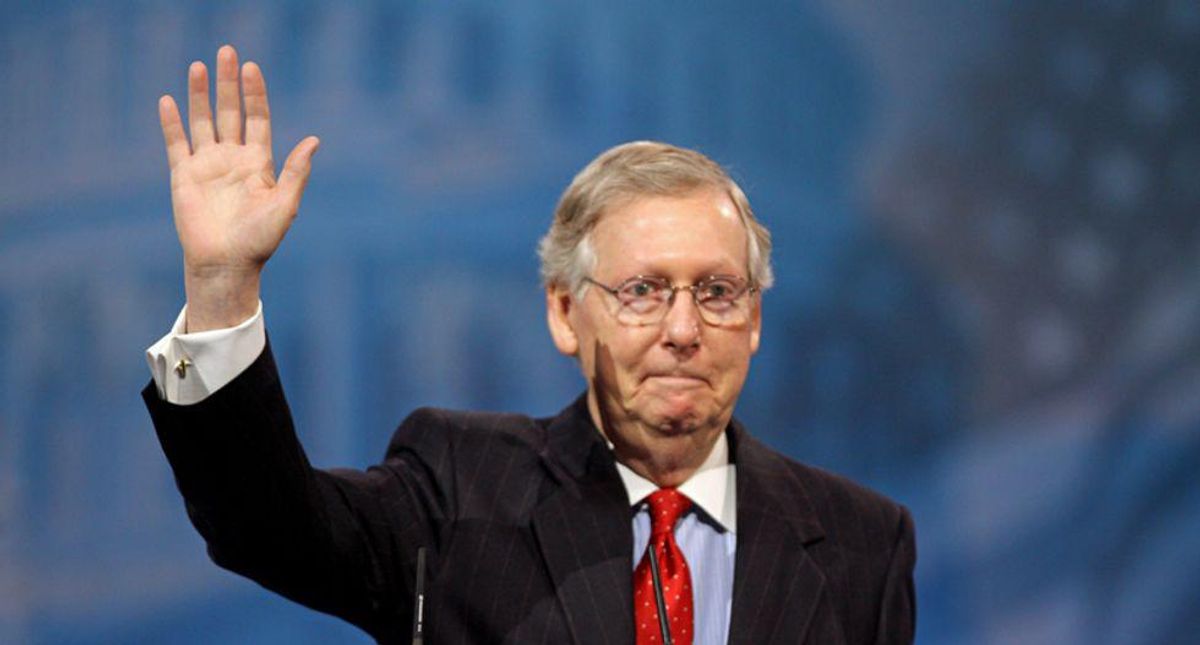 "But here is the thing about the GOP's chances: At this early stage, they are having problems getting good candidates to sign up. And while the historical trends look good for Republicans you can't win something with nothing," James Pindell wrote for the Globe. "Republicans have yet to land a single top recruit to run for the Senate anywhere in the country — even in places where they have an opportunity to flip a seat — and a good candidate could make all the difference."

In Arizona, Pindell says GOP Gov. Doug Ducey is "the top Republican recruit" to take on Sen. Mark Kelly (D-AZ), but has ruled out a bid as Trump continues to trash him for not overturning the election results in the state.

In Georgia, Republicans are struggling to recruit a candidate to run against Sen. Raphael Warnock. Trump has pushed former football player Herschel Walker, but that effort imploded when it was reported Walker threatened to murder his ex-wife.

In Nevada, Republicans are "pinning their hopes on getting former state attorney general Adam Laxalt in the race." Laxalt, who lost a bid for governor in 2018, is the love child of former Sen. Pete Domenici (R-NM) and Michelle Laxalt, the daughter of Republican Paul Laxalt, a former governor and senator in Nevada.

Former AG Laxalt has not announced a bid, but has been linked to Rudy Giuliani henchmen Lev Parnas and Igor Fruman.

In New Hampshire, Republicans are hoping to recruit a second GOP legacy politician, Gov. Chris Sununu. He is the son of former New Hampshire Gov. John H. Sununu, who served as White House chief of staff under President George H.W. Bush. He is also the brother of former congressman and senator John E. Sununu. So far, Republicans have failed to get Chris Sununu into the race.

"Those are the races that Republicans are having a hard time getting quality candidates to opt into running. Their problem is compounded by the fact that some Republican incumbents also are dropping out. Indeed, while every Democratic incumbent is running for reelection, five Republican senators are retiring: Senators Pat Toomey of Pennsylvania, Rob Portman of Ohio, Richard Burr of North Carolina, Richard Shelby of Alabama, and Roy Blunt of Missouri. If any of this group had run, they would have been considered favorites to win," the Globe reported. "The races that are the most interesting to watch now are all for seats held by Republicans. This means the GOP could be playing more defense."