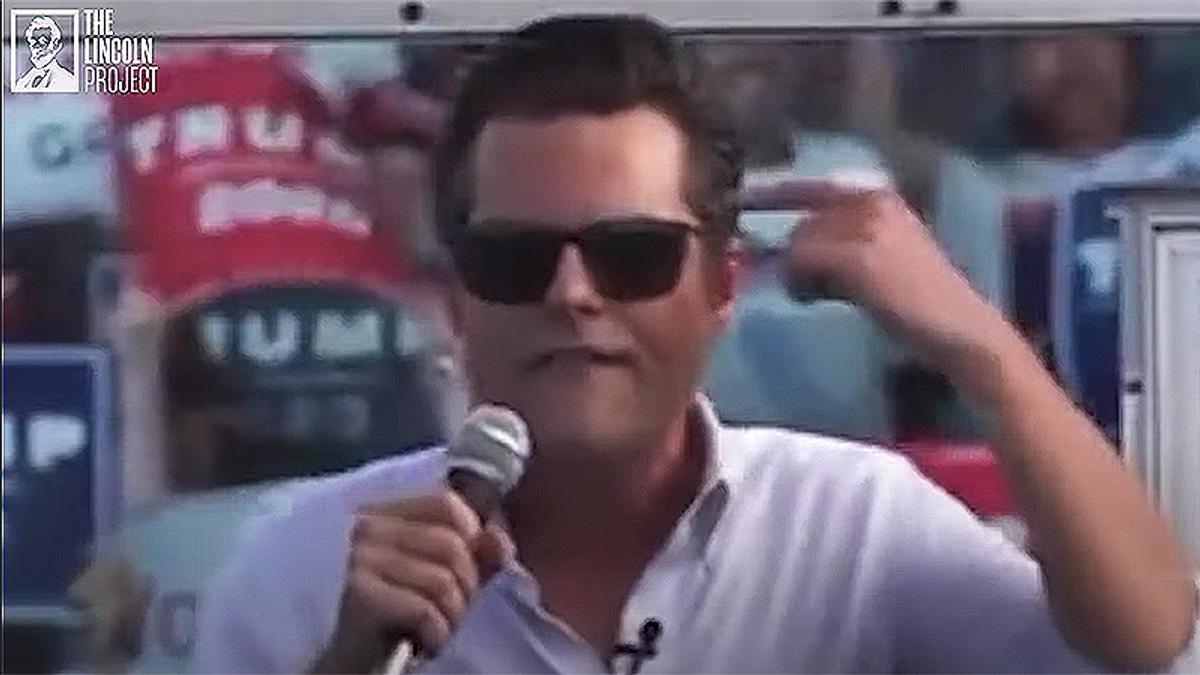 But among the best was the unique way they highlighted a squirming Rep. Jim Jordan (R-OH) as he desperately tried to explain whether or not he spoke to Donald Trump on Jan. 6. Another came from Rep. Matt Gaetz (R-FL) who had his own "stable genius" moment when he explained that he has the "Florida virus" a.k.a. "the freedom virus."

See the hilarious video below: