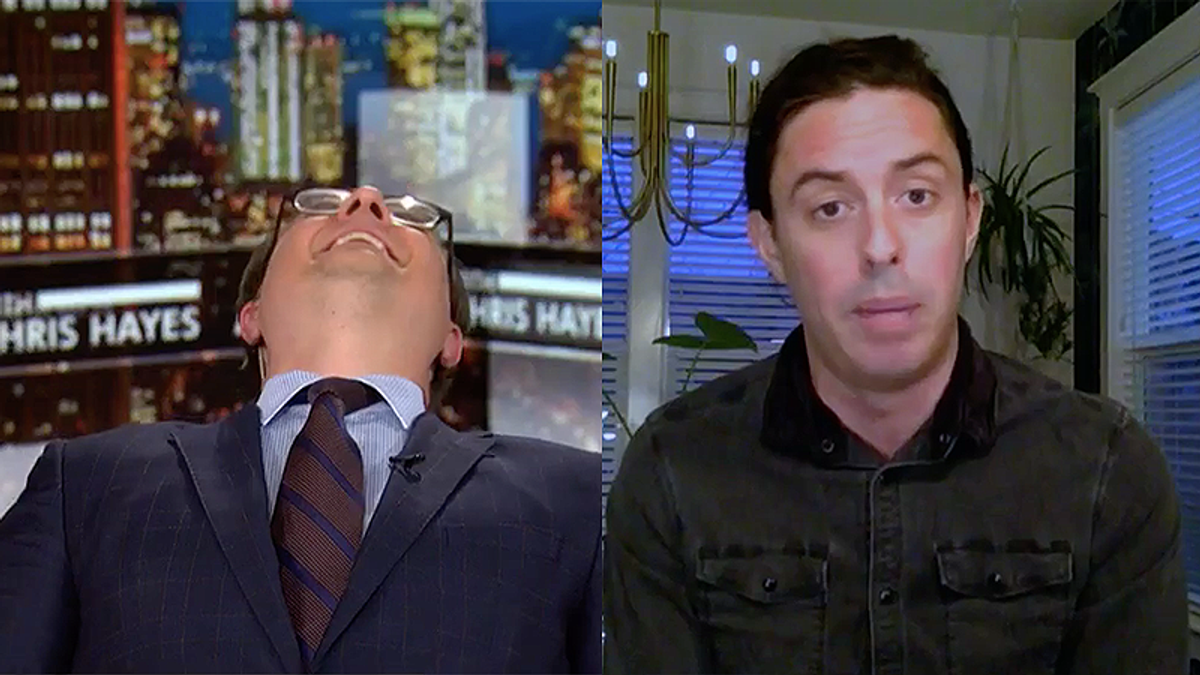 "This idea that the most charitable thing to say about these people is they're cowards -- that's the most charitable thing to say, which is they're making some calculation," said Hayes. "I think the evidence is clear that a lot of them just are on board with the Trump Project. It's not that they're afraid of crossing him, it's when you -- like Ron Johnson I think likes Donald Trump and thinks Donald Trump was a good president and I think a lot of them think that way."

Miller agreed, saying that at the Bulwark they had a former Republican Party County chair write about Johnson, saying that he thinks people who go to Trump rallies and stormed the Capitol love America and people who support Bernie Sanders don't.

"I disagree with you on this actually, I think the cowards are worse," said Miller. "Others like Marco Rubio saw this clearly. In 2016 he said if we nominate somebody like Donald Trump, who keeps inciting this kind of violence, uses this violent talk, eventually somebody is going to take him seriously and that would be a disaster for this country. That's what Marco Rubio said in 2016. Now he's on board with it. Now he's like, 'that's great. I want more. I want four more years of Donald Trump.' So I think that's far worse to me actually than the Ron Johnson calculation. But that's what these guys have made. They have had this opportunity so many times now. They had it after the 'Access Hollywood' tape, they had it at the first impeachment and now he's not even in office. He can't even hate-tweet them anymore, Twitter has banned him and still, they are rolling over for him because it's what their voters want. They like the popularity that he brings. As you said, some of them like the whole anti-democratic project."

Hayes called it "wild" because after covering politics for decades, "you never get a vote to disqualify your opponent." Democrats are handing Republicans an opportunity, saying that what Trump did was immoral and undemocratic, "and if you vote the right way, that guy can't ever run against you. No one ever gets that! There is no universe."

Republicans have an opportunity to get rid of trump and yet..... www.youtube.com

During her daily press briefing, Psaki was asked about comments made by Admiral Brett Giroir, the former assistant secretary at the Department of Health and Human Services, who argued recently that he and his colleagues in the Trump White House should be getting more praise for the work they did in planning the distribution of the vaccine.