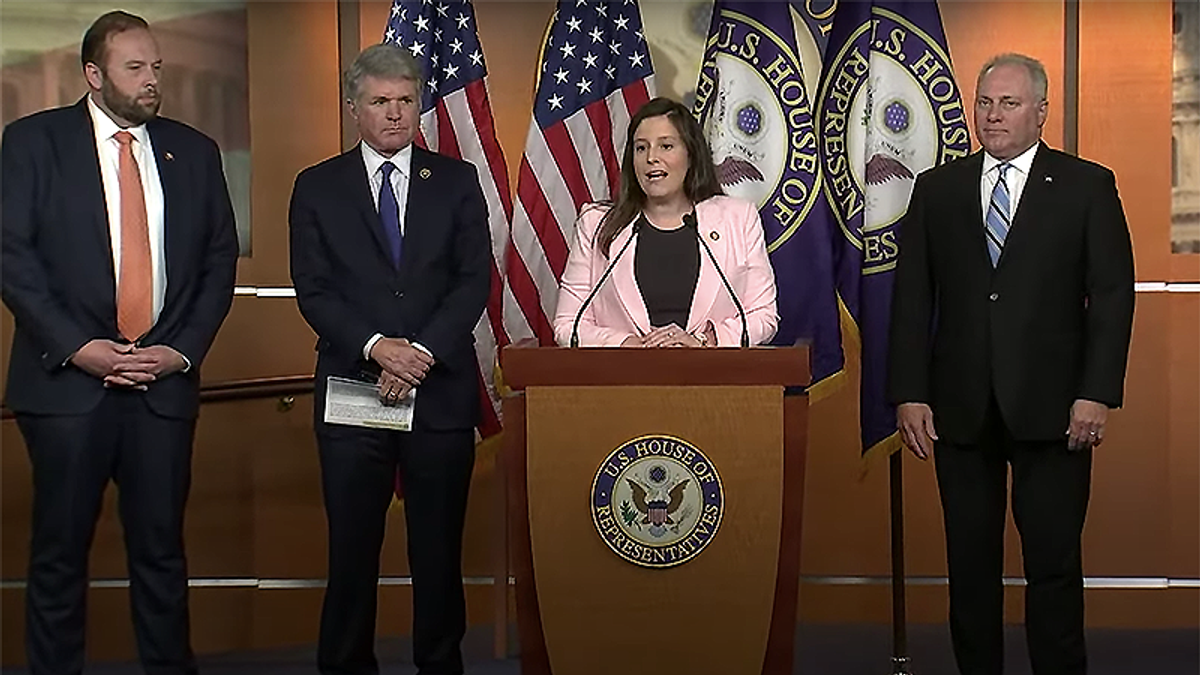 "I was struck on the other side of that with this incredibly powerful sense of just what kind of moral depravity you must be in the grips of to engage in the kind of whitewashing and memory holing and attempted gaslighting that we've seen on the part of so many Republicans," said Heilemann. "I just can't imagine what kind of a monster you would have to be to watch those men, listen to that testimony, know the truth, hear them talk about it, and then stand up and say that the things they said were not true."

He noted that some Republicans believe it was just "a day at the beach," others think it was nothing more than a "picnic," and then there were some calling it a "tourist" visit for folks on vacation.

"In Donald Trump's recent tellings, it was a moment of glory, it was a moment of people trying to do the right thing, these mob members, these insurrectionists, these terrorists," Heilemann continued. "Rarely, just the starkness of the kind of moral monstrosity that's required to take that position in the face of that kind of testimony, it does truly boggle my mind."

Wallace said that she keeps waiting for the bottom of Donald Trump's presidency. Instead, people like Minority Leaders Sen. Mitch McConnell and Rep. Kevin McCarthy (R-CA) have attempted to erase the "bottom."

"I wonder, watching it today, what you thought the chances are of eroding some of the calcified lies that have been bought by the ex-president's supporters with this truth bomb," she asked.

"I have to tell you that while I pray that we're nearing the bottom I don't think we're there yet," he confessed. "You only need look at the social media reaction, reactions to some people in congress who are now deciding to blame everything on Nancy Pelosi, this whole thing that happened on January 6th, in their words, seems to be Nancy Pelosi's fault. There's a right wing cable TV host is attacking those police officers today, saying they're not fit for duty. Are we at the bottom yet? Apparently not."

"What kind of monster are you?!" GOP still hasn't hit rock bottom www.youtube.com