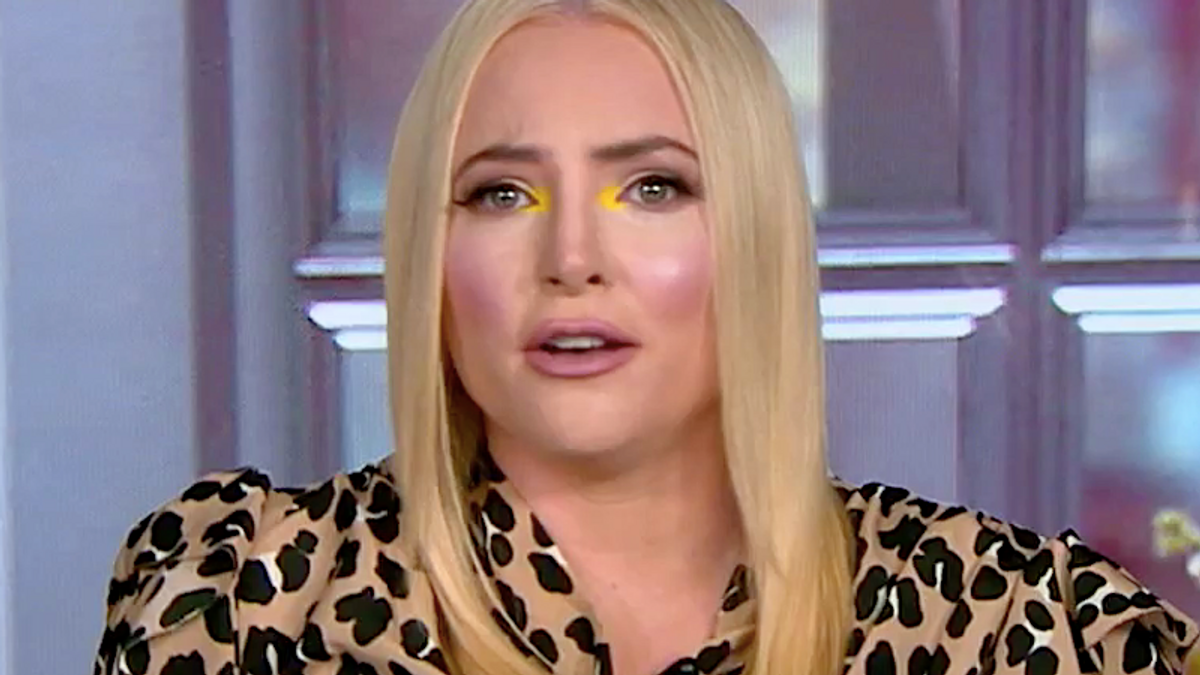 "I'll die fighting for it," she said. "I mean, I'm a lifelong conservative, unlike a lot of these heretics. I mean, I was born into this, raised into it. It's my whole entire life in all ways, and truly at the bottom of my soul, I think, as a lot of you know, I believe in the principles that I was raised with."

Although she'd never consider leaving her father's GOP, McCain doesn't like being lumped in with former president Donald Trump's cultists and conspiracy kooks who have steered the party in an undemocratic direction.

"It's deeply embarrassing and hard to reconcile with, but what's also hard to reconcile with, the language that's being used, that, 'We can't even talk to all of you -- if you voted for Trump, you're irredeemable masses,'" McCain said. "I think what ever nuance Katie Couric was trying to say, it did not go through. That angered me and pissed me off more than maybe anything anyone on the left has said in the past few years because the implication is, all people who are Trump supporters or who are conservatives are automatically brought into the Marjorie Taylor Greenes, the guy with the horns on the floor of the Congress."

"I was talking to my producer Danielle this morning, who's also, you know, we share similar politics, and it is very difficult for me to come on this show right now because I've always prided myself of having my finger on the tenor of what's going on in conservative circles," she added. "Even when I didn't agree with what was going on with Trump -- I'm not a squish, I'm not someone who went full brainwashed Lincoln Project that everything that's conservative is a bastion of evil and I must reject it and atone myself. I'm not that kind of Republican or conservative, but right now, I cannot defend this. I believe President Trump should be impeached. I believe we have to take a stand and have a fine line what's acceptable for a president to do or not. He incited riot, people got violent, people died, full stop."