All the president's bag men: Here are the Trump cronies who were indicted, convicted or imprisoned this year 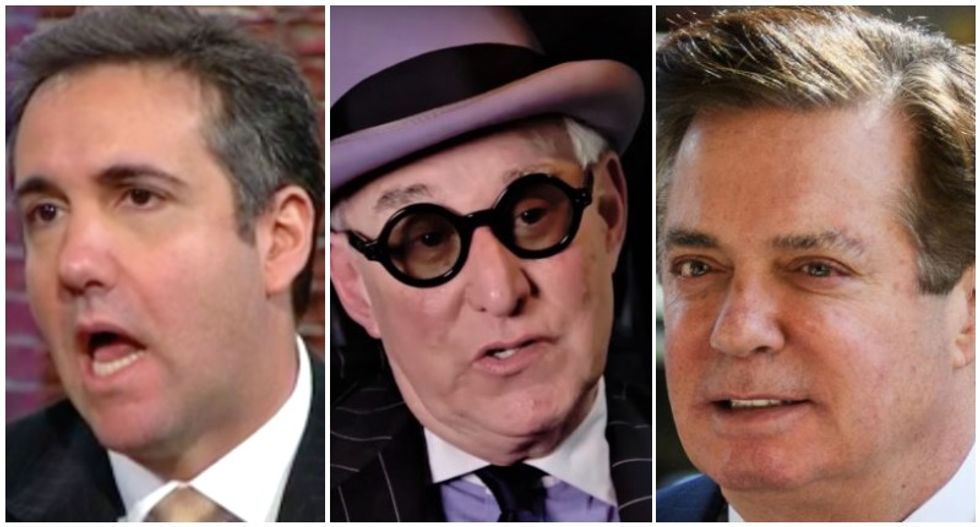 President Donald Trump has seen an unusual number of his longtime associates indicted, convicted, or sentenced to prison over the last year.

Many of the convictions of Trump associates sprang from evidence uncovered during former special counsel Robert Mueller's investigation of Russian interference in the 2016 presidential election, but some of them have also been tied to the president's more recent scandal with Ukraine that has resulted in his impeachment in the House of Representatives.

Below, we'll recap all the fates of Trump allies who have been indicted, convicted, or imprisoned this year. 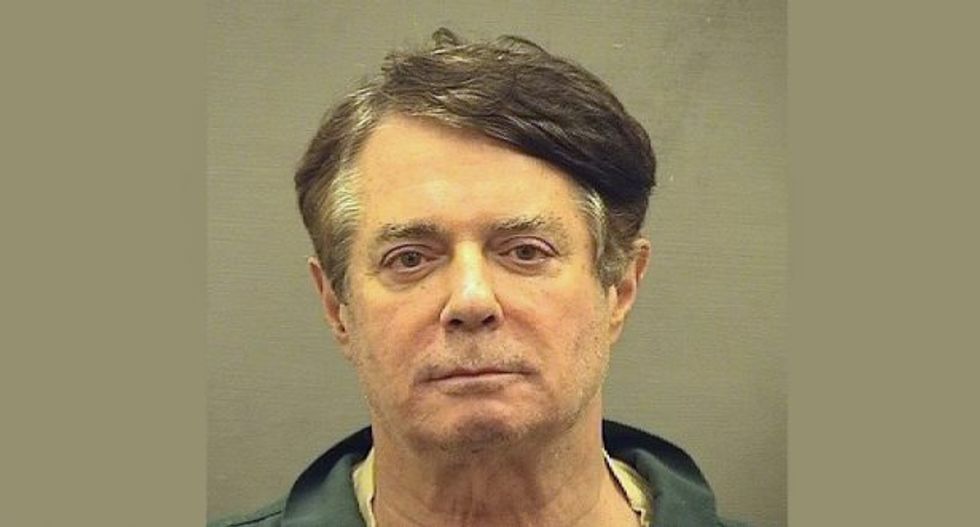 Manafort was the man who just couldn't stop committing crimes.

Even after getting indicted for money laundering, tax fraud and bank fraud charges related to his shady lobbying work in Ukraine on behalf of a Kremlin-backed politician, Manafort proceeded to engage in witness tampering while in prison, and also wrecked his own plea deal by continuing to lie to investigators.

For all his crimes, the one-time Trump campaign chairman was sentenced in March to roughly seven-and-a-half years in jail. 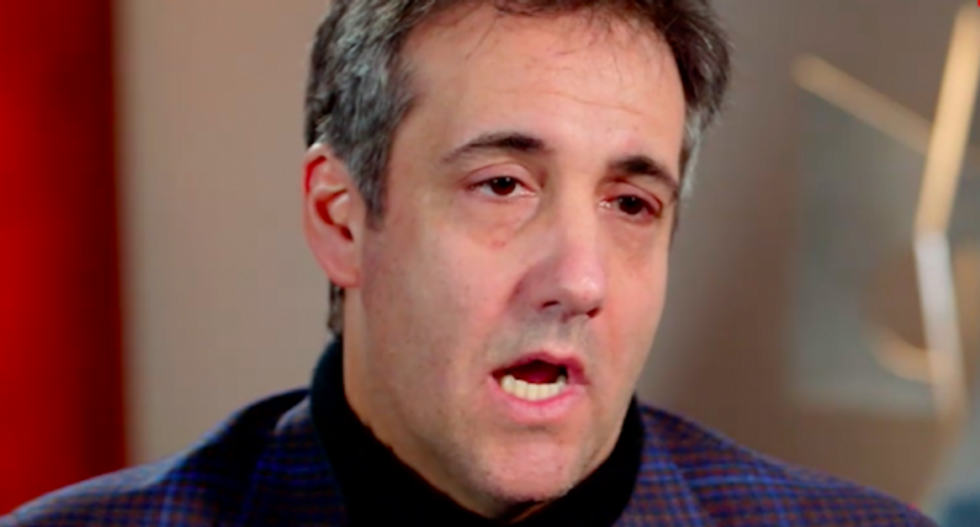 Cohen, who served as Trump's longtime "fixer," was sentenced to three years in prison for making illegal campaign contributions in the form of hush-money payments to two of Trump's former mistresses, as well as for charges of bank fraud and tax evasion.

Cohen reported to the Federal Correctional Institute in Otisville, New York, in May -- but not before he went before Congress and delivered humiliating testimony for the president in which he accused Trump of being a criminal and a racist. 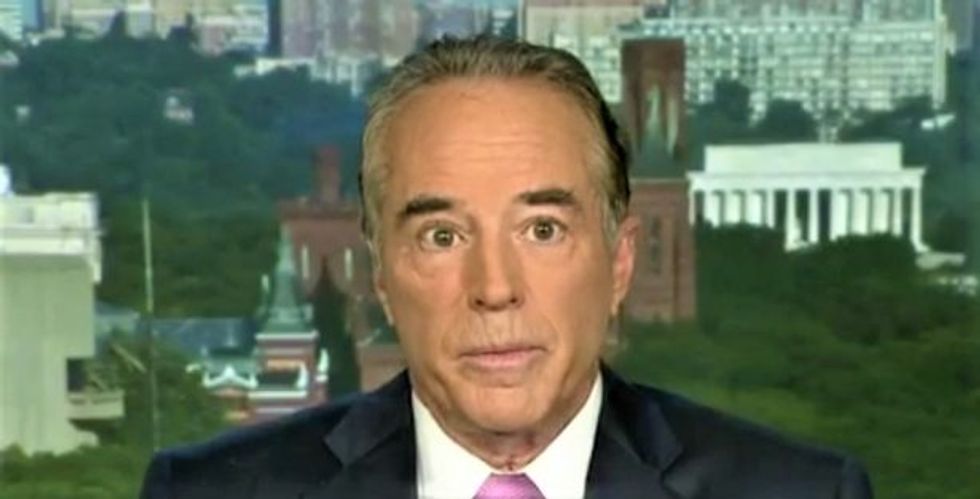 Collins was the first Republican Congressman to endorse Trump's 2016 bid for the White House.

Less than four years after Collins made that fateful endorsement, however, he resigned his seat after pleading guilty to insider trading charges.

Collins's sentencing is due in January, and he has already been permanently barred from acting as an officer or director of any public company. Legal experts believe he faces a likely sentence of five years in prison. 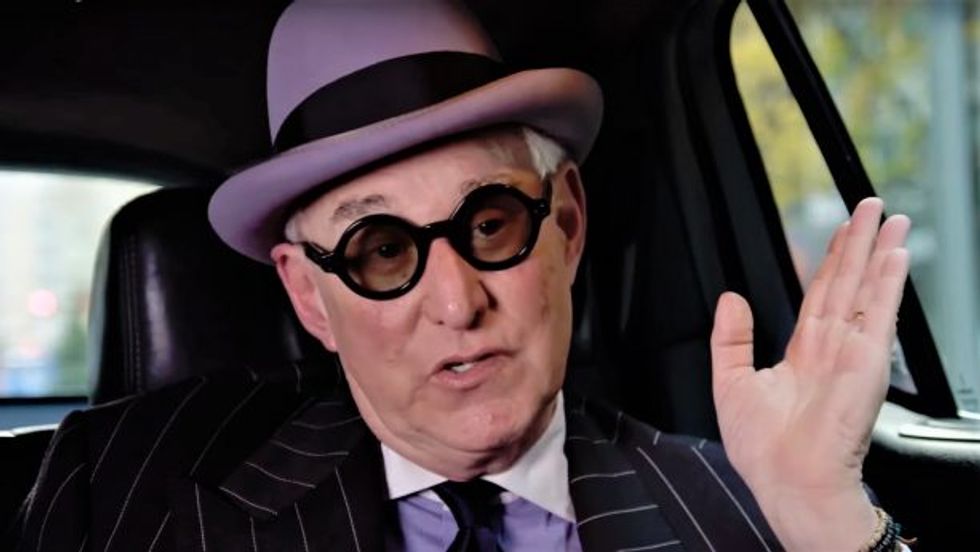 Stone, who infamously boasted about his contacts with WikiLeaks in 2016 regarding information on Hillary Clinton's stolen emails, was found guilty last month on seven counts that included perjury, obstruction of justice, and witness intimidation.

Stone, who got his start as a political dirty trickster working for President Richard Nixon's campaign and who even has a tattoo of the disgraced 37th American president on his back, is due to be sentenced in February. He faces up to 50 years in prison, although legal experts believe his actual sentence will be far lighter. 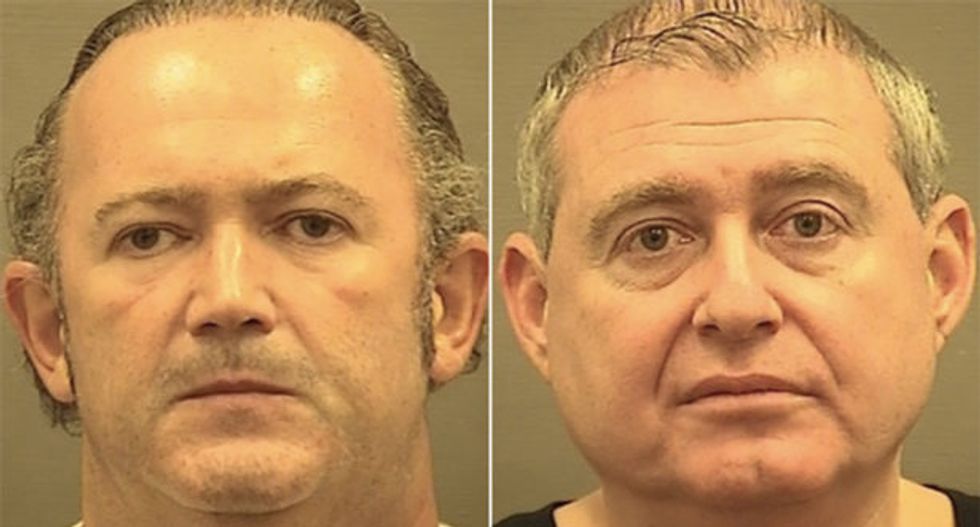 Parnas and Fruman helped Trump attorney Rudy Giuliani in his ill-fated quest to retrieve dirt on former Vice President Joe Biden before getting indicted this past October on campaign finance violation charges.

Prosecutors allege that Fruman and Parnas illegally laundered money from a Russian donor into the United States that was used on Republican political campaigns.

Prior to their arrests, the two businessmen helped arrange meetings between Giuliani and Ukrainian prosecutor Yuri Lutsenko, who at one point claimed to have dirt on the Bidens. 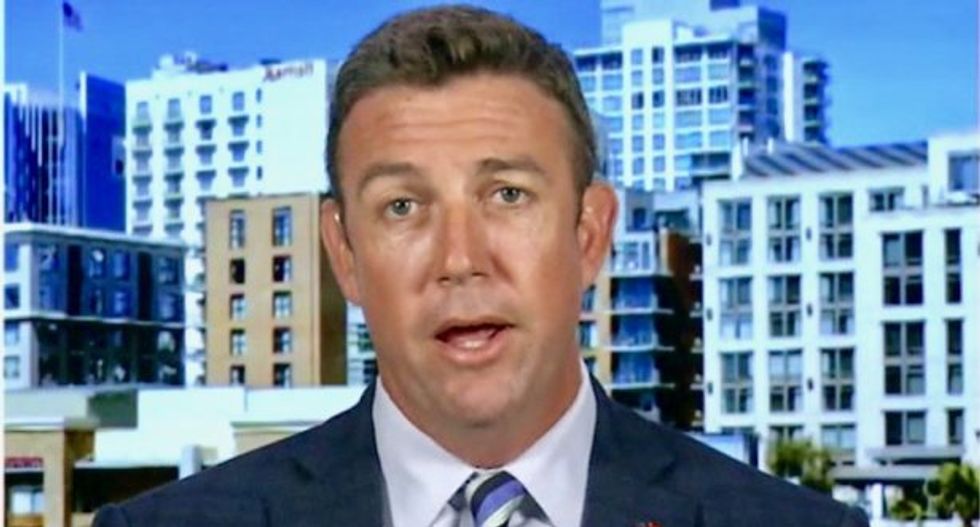 After getting indicted for fraudulently spending campaign funds in 2018, Hunter claimed that he was the victim of the same kind of "Deep State" conspiracy that was working to bring down President Donald Trump.

One year later, however, Duncan pleaded guilty to stealing at least $150,000 in campaign funds and using them to make at least 30 illegal transactions.

Hunter, who was the second congressional Republican to endorse Trump after also-convicted former Rep. Chris Collins, faces sentencing of up to five years in prison and a fine of up to $250,000.