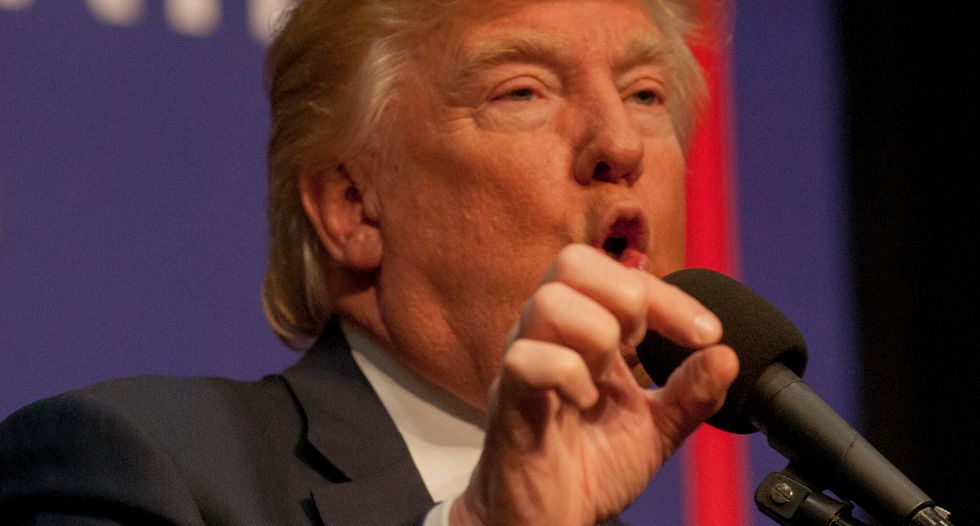 The lies spewing from President Trump clearly cannot be stopped. But they can be defanged, and the place to start is with the one monster lie that paved the way for all that followed.

This mother of all Trumpian lies first began to take shape on July 17, 2015. It seemed fairly harmless, and even amusing, at the time. “He’s not a war hero,” Trump famously groused about Senator John McCain during a Republican primary event in Ames, Iowa. “He was a war hero because he was captured. I like people who weren’t captured.”

Trump’s wisecrack was initially thought to be political suicide, and damning proof of his un-electability. McCain’s five-year ordeal as a prisoner of war in North Vietnam was the stuff of legend. He’d suffered horribly. He’d been beaten and tortured. Yet in solidarity with US servicemen still imprisoned, he declined an offer of early release.

Trump’s Republican foes quickly went for the kill. “If there was ever any doubt that Donald Trump should not be our commander in chief, this stupid statement should end all doubt,” declared Sen. Lindsay Graham. “A new low in American politics,” commented future energy secretary Rick Perry. Politico, sensing a turning of the tide against Trump’s insurgent popularity just a month after he’d announced his candidacy, eagerly reported, “Donald Trump might have finally crossed the line.”

Why pinpoint this episode? Because understanding how Trump got away with openly sneering at such bedrock ideals as combat bravery and self-sacrifice (as epitomized by McCain) without alienating the very voters who profess to cherish those ideals is key to undoing his poisonous appeal. More than arcane data points about white males in rustbelt regions or women over forty without college degrees, this is the Rosetta Stone to deciphering his baffling bunko allure.

The dissing of McCain served as Trump’s inaugural proclamation that with him there’d be no pussyfooting around, no mincing of words, no prissy equivocating. The message was clear: Trump was no ordinary pol. Let others crisply salute patriotic parades. Let others heap praise on sacred cows. Let others play nice. Not this badass hombre.

In trashing the hallowed legacy of McCain the War Hero, Trump proclaimed not simply that he was staunchly anti-Political Correctness – hell, Lyin’ Ted, Little Marco and Low Energy Jeb could sing that tune – but that he was anti-PC in a brawling, impolitic, shoot-from-the-hip manner. Unlike other quislings running for office, he would tell it like it is.

Trump’s villainous insight was that a long-simmering disdain for propriety, and the white collar rewards it bestows, had boiled over and folks were itching to vote for someone whose only demonstrable talent was for pissing all over it.

Truth-telling was suddenly for wusses. Bald-faced lying was but a tactic, shrewdly used only by the boldest of men. Good manners, conventional norms, good government, even the very concept of law-abiding citizenship were accused (and found guilty) of turning the country into a humorless, over-regulated chicken coop paralyzed to the brink of suffocation by namby-pamby sensitivities.

He alone would speak the unvarnished truth.

And there you had it, in all its garish horror. The monster lie that got Trump elected President was that he alone could be trusted to tell the truth!

Reflect on that, and weep.

Because at some point, the tide of lies will turn. It may have happened already.

Bob Katz writes on current events and culture, and is author of five books. BobKatz.info/books