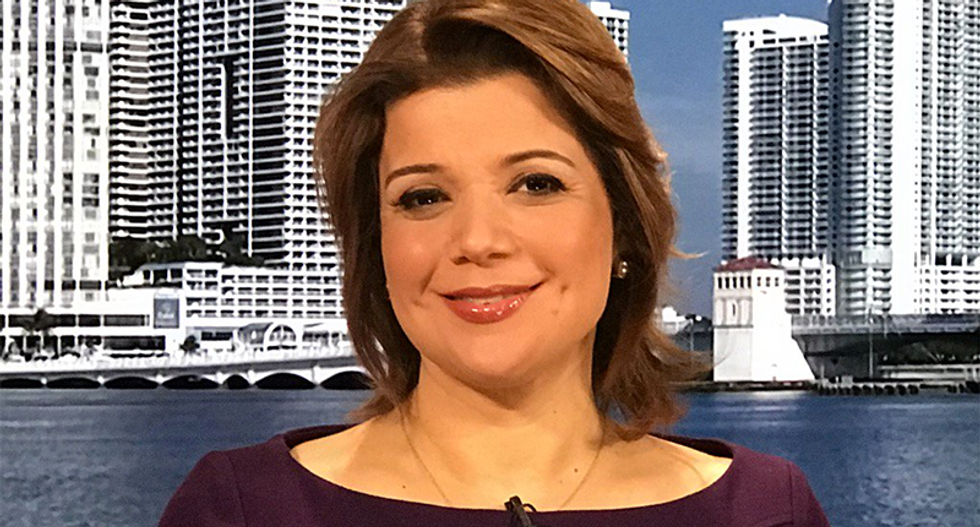 Ana Navarro may have been a successful political consultant before Donald Trump began running for president, but her epic smackdowns of the GOP nominee has taken her popularity to new heights. Not only do centrist Republicans love her, but she's managed to capture the hearts of progressives who appreciate her knack for taking down The Donald with well-reasoned insults that leave Trumpster heads spinning. But that might put Navarro in a difficult position if Trump wins in two weeks.

"If Donald Trump wins I’m going to be looking for a place to seek exile," Navarro told the Hollywood Reporter. "I’m pretty sure he’s planning on deporting me."

Navarro considers herself a pro-equality, pro-woman conservative, who has worked for Jeb Bush, John McCain and Jon Huntsman. Despite her work for the GOP, Navarro was early to break from her party when Trump became the nominee. The result has earned her a fair amount of trolling by Trump supporters, but she remains unfazed.

"I am strangely unaffected by it," she said. "All I can do right now is keep myself from falling off the hamster wheel before the election. I really haven’t had time to think about what has happened. I’ve been saying the same things about Donald Trump for 18 months. Finally, the rest of the folks caught up. I’m just being me."

What the election has done to Navarro is "exhaust" her ability to be shocked by what Trump says and does. Despite furious outrage the evening the "Access Hollywood" tape dropped, Navarro has watched Trump go off the rails right along with us for the last 18 months.

"I think he’s been the perfect storm of a candidate: Media savvy; 100 percent name recognition; had money to float his campaign for the first months when he had no donors," Navarro explained. "Nobody took him seriously. He was running against 16 other people who were trampling over each other’s messages while he had a pretty clean niche."

According to Navarro, Trump was able to capture the support of the growing contingency of people who are frustrated with the gridlock and dysfunction in Washington. Trump didn't inspire it, however, he merely captured the anger and focused it toward the election.

"And most importantly, if Donald Trump had not been a TV celebrity, I don’t think he would be where he is today," she told The Hollywood Reporter. "He has been judged all along as the jerk host of 'The Apprentice' we all got to know. Donald Trump has said at least 50 things that would have killed the campaign of any mortal politician. But he gets judged by a different standard."

Trump has tweeted insults her way and slammed her in the New York Times, so it wouldn't be surprising if a President Trump tried to deport her and anyone not born in America, citizenship be damned.

"I suspect he may have called some of my employers trying to get me fired," she revealed. "And I’ve received calls from some mutual friends who all tell me that he really isn’t a racist, misogynist, sexist pig; he’s just playing one on TV. To which I say, well, if I want to vote for a guy who plays a racist misogynist on TV, I may as well vote for Archie Bunker."

Navarro isn't thinking about what's next for her, explaining she's not one to step away from an election to think about building her own brand. Everyone is simply trying to make it through to Nov. 8 and she's no different.