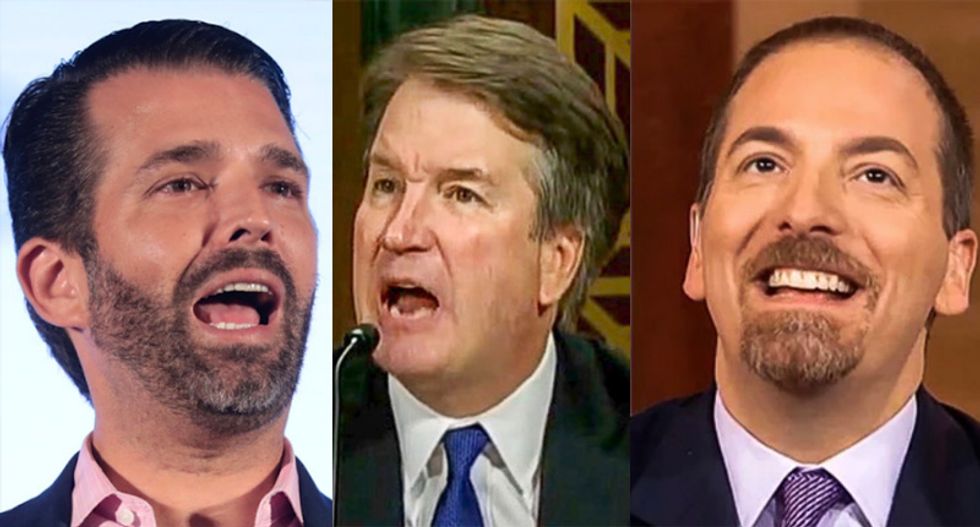 2019 is coming to a merciful end with bad news (Donald Trump is still president -- BOO!) and good news (he has been impeached -- YAY!) and bad news again (Mitch McConnell and Lindsey Graham are going to do everything they can to let him stay president because nothing really matters anymore -- JERKS!) and we are all justifiably frustrated and depressed and mad as hell.

Mostly we're mad as hell and feeling impotent as the long slog out of the darkness that was 2019 -- except for Baby Yoda and Popeye's chicken sandwiches -- moves into 2020 where it has to get better.

In the meantime, it's time for our annual review of the most punchable faces of a year that was just begging for its own beat-down.

The usual rules apply: this list contains no women because we don’t even joke about hitting women. So you can just hop on over Twitter where it seems to be acceptable, if not encouraged -- particularly if you're a Nazi.  Or a gamer.

Secondly, we don't advocate actually punching anyone in the face because it is wrong and illegal and might get you shunned at Martha's Vineyard and, as Alan Dershowitz could tell you, that way lies madness.

We didn't include Donald Trump because he is too obvious and also because the Secret Service is super triggered by stuff like that. Many favorites were left off: Sen. Lindsey Graham, Rep. Doug Collins, Rick Santorum, Matt Schlapp, end-timer Mike Pompeo and Ben Shapiro because we don't punch down. Literally, we'd have to punch down. Shapiro a dinky little thing, maybe even Baby Yoda-sized.

But enough of that, let's get this started:

OCCUPATION: Namesake of a rich fraud, pretend "best-selling" author, Kimberly Guilfoyle rebound arm-candy until something better comes along or he goes to jail.

THE FACE: If a wildlife-destroying oil slick could smirk, it would be his doppelganger -- but with more charm.

CRIMES AGAINST HUMANITY: While his sister and her publicists work like hell to get her powder-puff interviews where she baby-talks about things like "empowerment" and avoids icky stuff like kids in cages, Don Jr. is all about "triggering the libs" and building his own brand as a manly-man in the hopes that his father will love him one day. He won't. For him, obnoxiousness is a virtue and he smirks his way through interviews with the confidence of someone who knows his rich dad will bail him out no matter how big of a disappointment he is. Which he is.

Which brings us to... 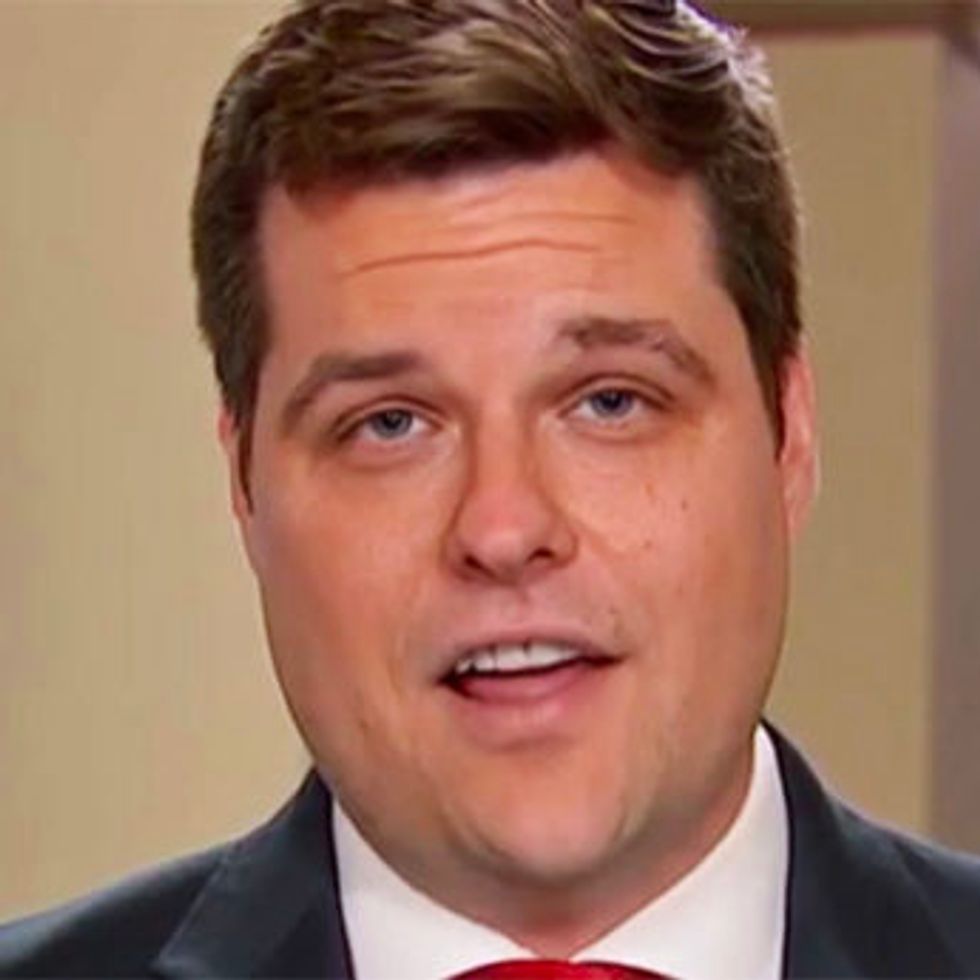 THE FACE: Drunk fratboy safe in the knowledge that the attorney is on the way so "shut the hell up."

CRIMES AGAINST HUMANITY: Gaetz's dad helped buy him a House seat which, while it kept him out of a roving gang of sodden country club miscreants, led him to align himself with the tee-totaling Trump as his designated driver daddy.  Since catching Trump's eye he has become a regular on Fox News where he performs for the president when he is not making crap up on Twitter. 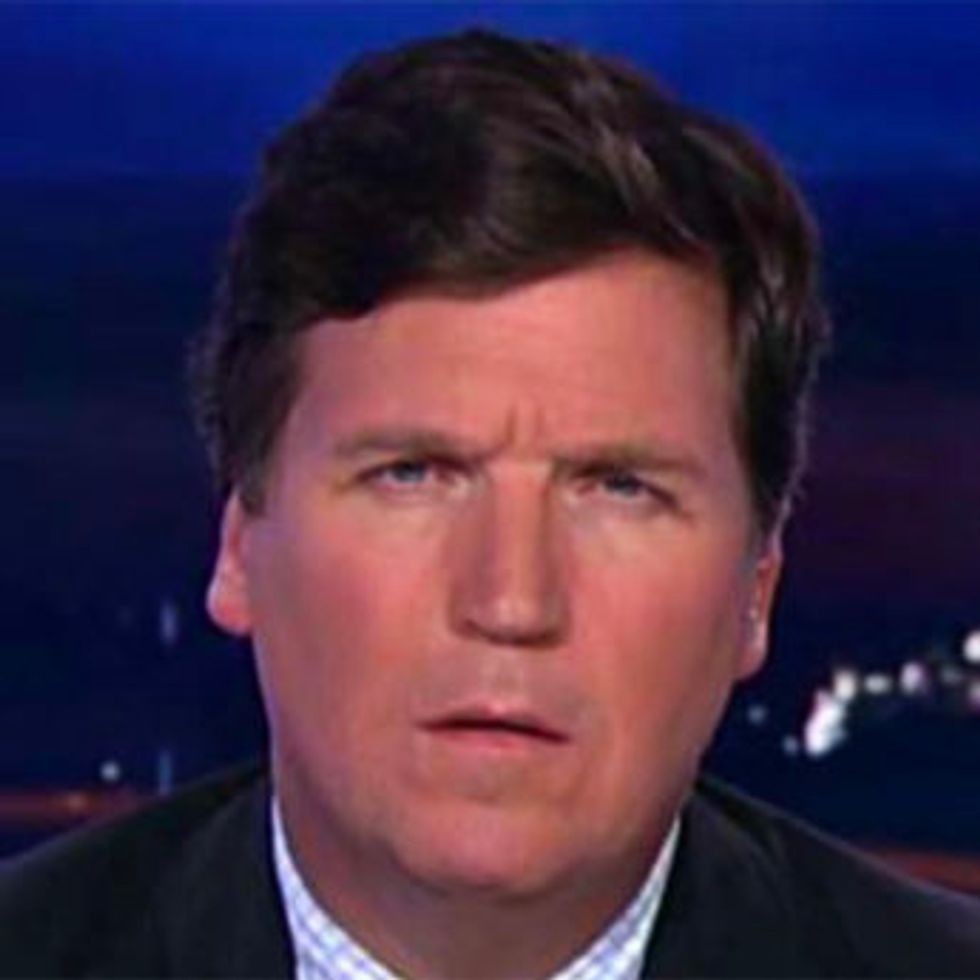 THE FACE: The head-tilted look a puzzled dog trying to figure out how doorknobs work.

CRIMES AGAINST HUMANITY: Once Fox News disposed of nighttime star Bill O'Reilly for trying to sexy-talk a Fox News legal analyst -- total genius move -- they were forced to make Tucker a prime-time star and he eventually hit his stride by turning his show into a White Power Hour, bestowing on his guests a patina of preppy approval. Although he has mildly criticized Trump on foreign policy matter -- not enough to get canned like Shep Smith -- he has joined with Fox colleagues like Laura Ingraham and Sean Hannity to push Russian conspiracy theories. But mainly, he's still big on racism, which is boffo ratings with Fox News viewers. Bonus: his brother's name is Buckley. He deserves two punches just for being related to him. 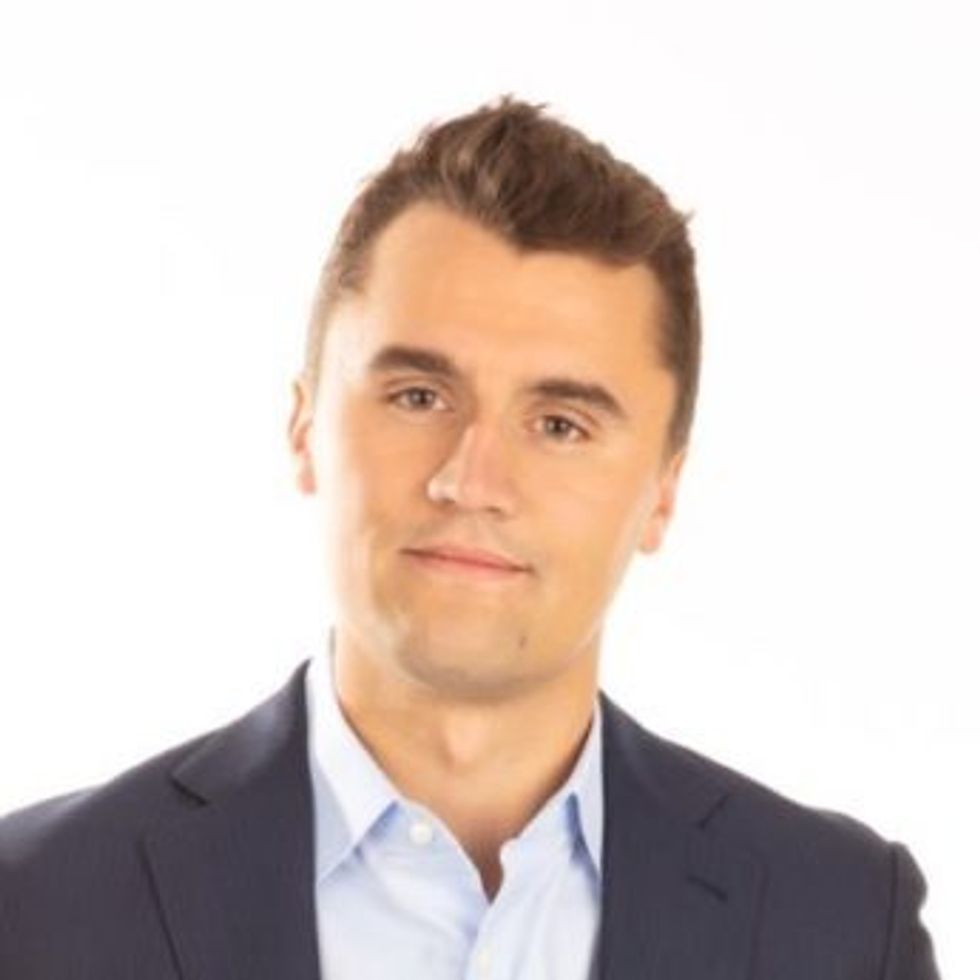 CRIMES AGAINST HUMANITY: Kirk in one in a long line of young people who have been scooped up by a wealthy conservative sugar-daddy and positioned as the face of a growing conservative youth movement that really doesn't exist. Kirk turned a fledgling career attacking colleges that wouldn't admit him into a highly-paid schtick comprised of misrepresenting facts, statistics and numbers as revealed truths -- which might explain why the colleges, including West Point, friend-zoned him. Kirk's conservative proclamations are so hilariously and egregiously bad that there is a website dedicated to burning them down to the damn ground. 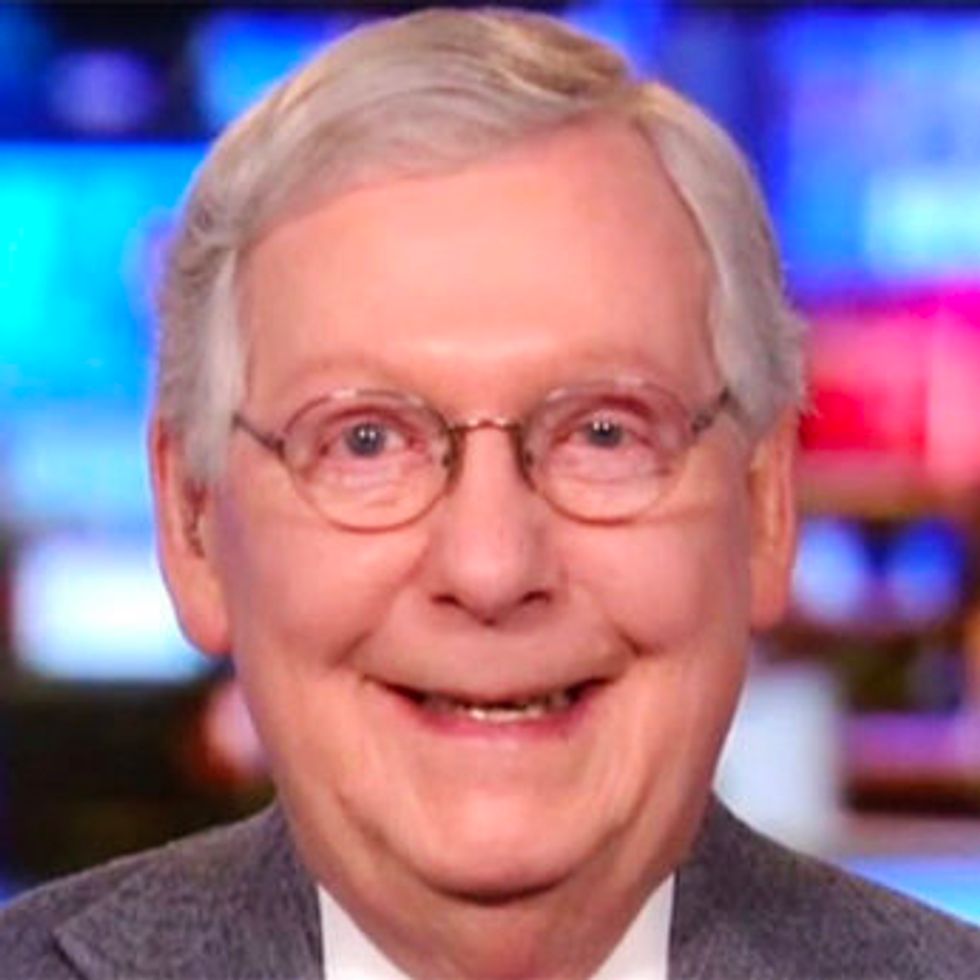 OCCUPATION: Senate Majority Leader, source of all that is evil

THE FACE: A mudslide of decay and corruption

CRIMES AGAINST HUMANITY: Do I even have to mention Merrick Garland?  Did you see him laugh about it? Case closed. 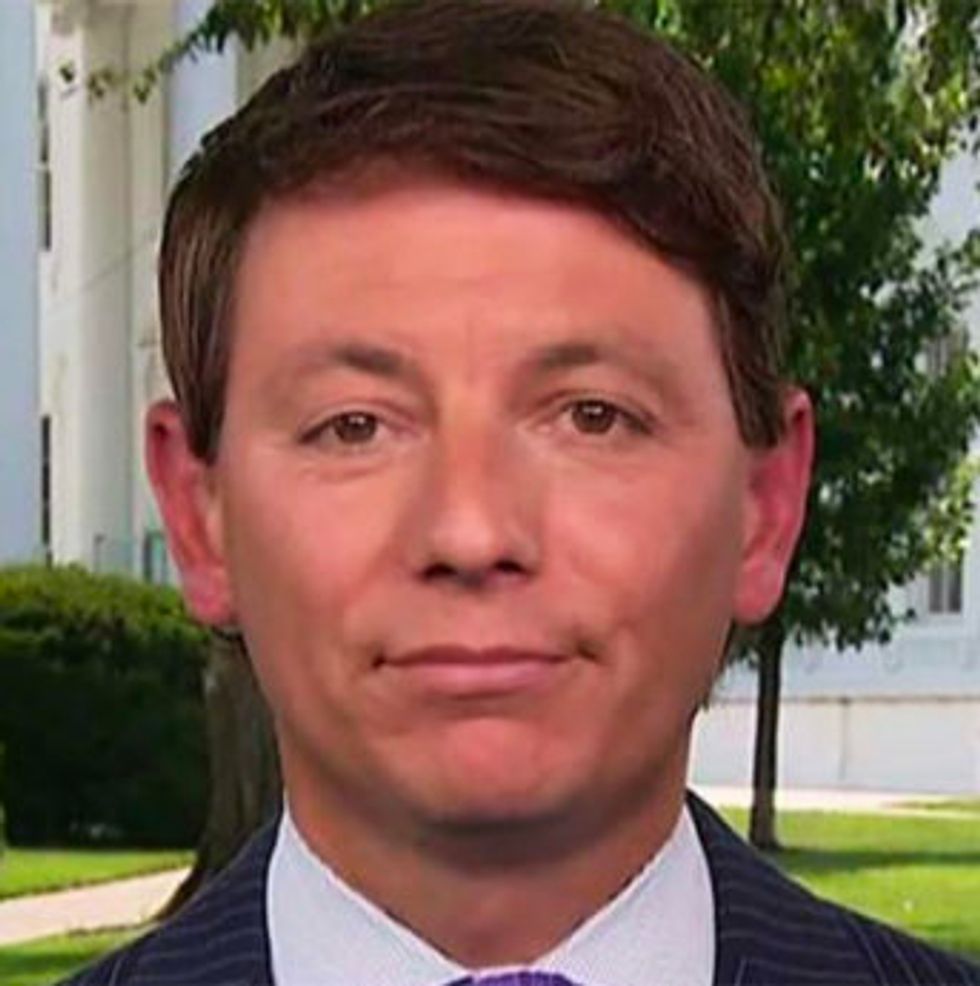 CRIMES AGAINST HUMANITY: Poor Hogan Gidley. He has played second-fiddle to Sean Spicer, Kellyanne Conway and missing-in-action Stephanie Grisham (check under the desk) when it comes to running out in front of cameras and lying away Trump lies. He's smug little twerp, testy at other times, and is likely still there after being passed over as official White House flack because his job prospects -- after working for Mike Huckabee and Rick Santorum -- are likely in the dumpster. 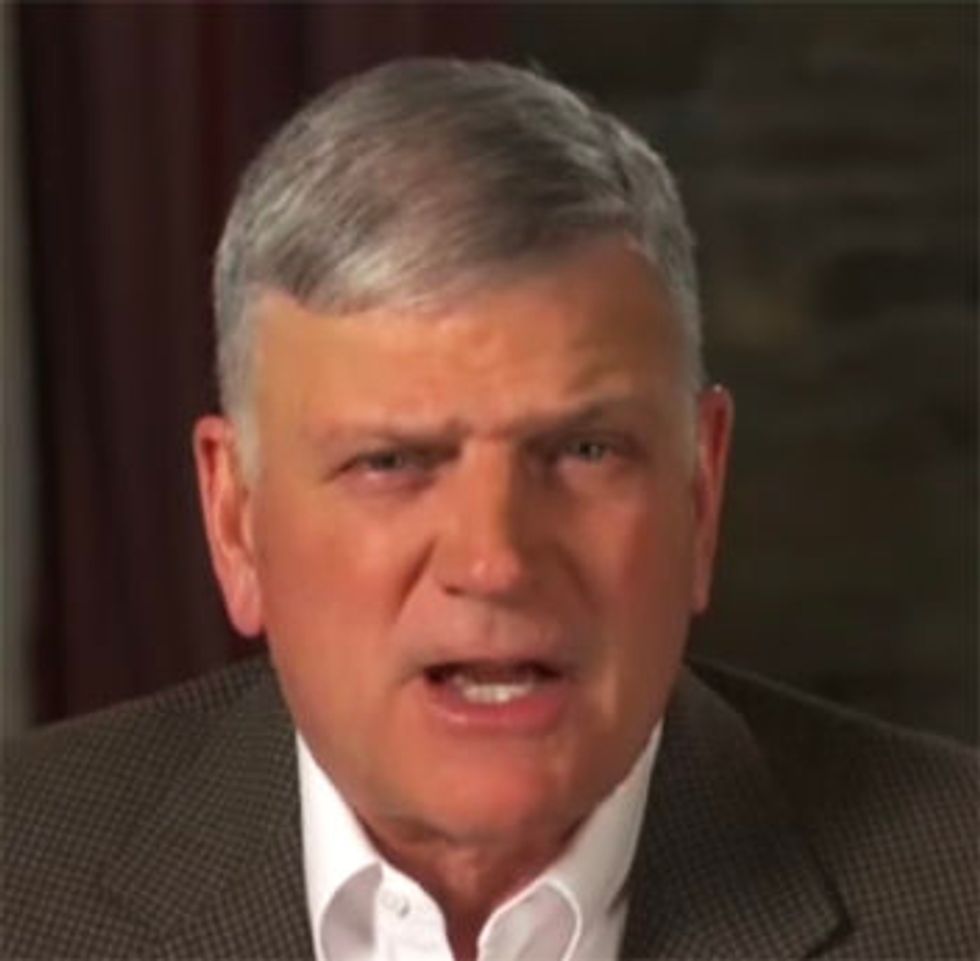 THE FACE: A face that Jesus would punch

CRIMES AGAINST HUMANITY: There is basically not one of the Ten Commandments that Franklin Graham would not break for his Lord and Savior Donald Trump. The President has many evangelical pals willing to turn the other cheek and pretend he wasn't committing a fornication,  or maybe two fornications, with an adult film star while his third wife was tending to their newborn son, whose name we are not allowed to mention because #BeBest -- but Graham leads the pack. 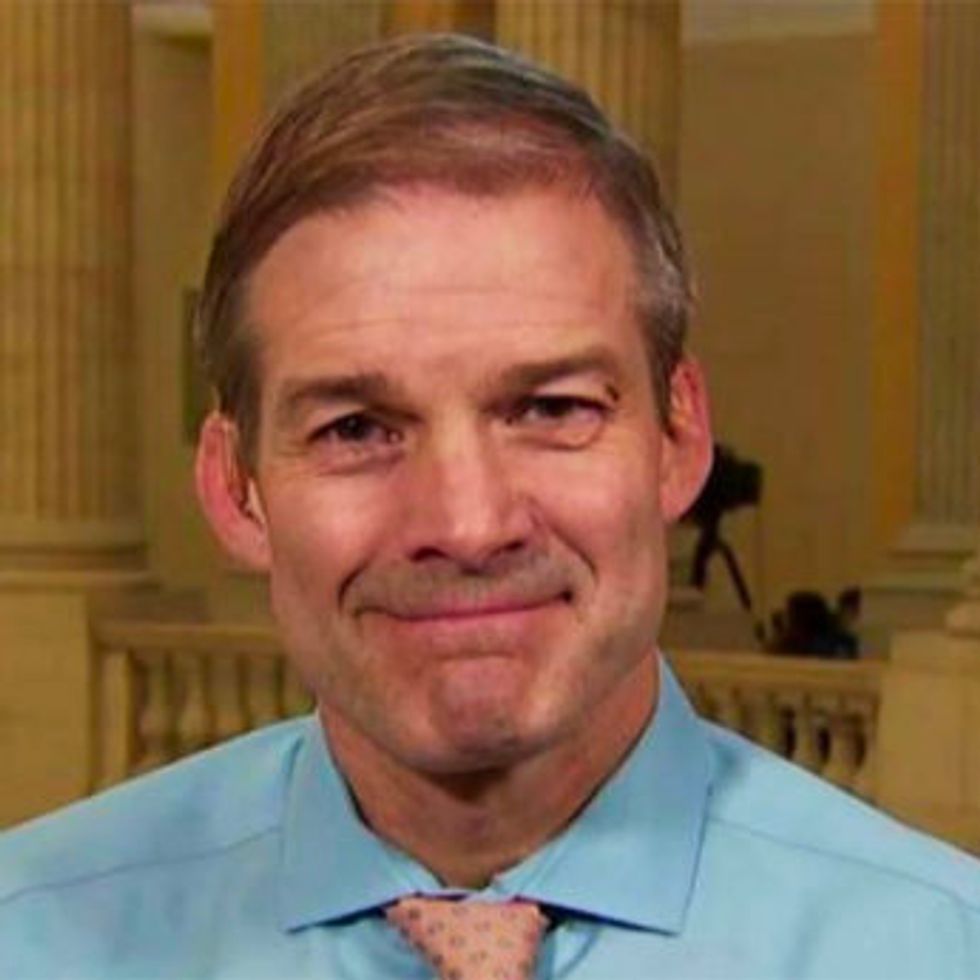 THE FACE: To paraphrase Paul Simon, Jordan has the face of a man who "sees what he wants to see and disregards the rest."

CRIMES AGAINST HUMANITY: For a man who has no inside voice he sure shouts a lot when he is inside. Perhaps this comes from being a former wrestling coach at Ohio State where he allegedly was selective about yelling at anyone fooling around in the showers after a nice sweaty workout.  His job in the House is to play badder cop to Devin Nunes and Louis Gohmert's bad cop during Congressional hearings. Also, did I mention Ohio State? 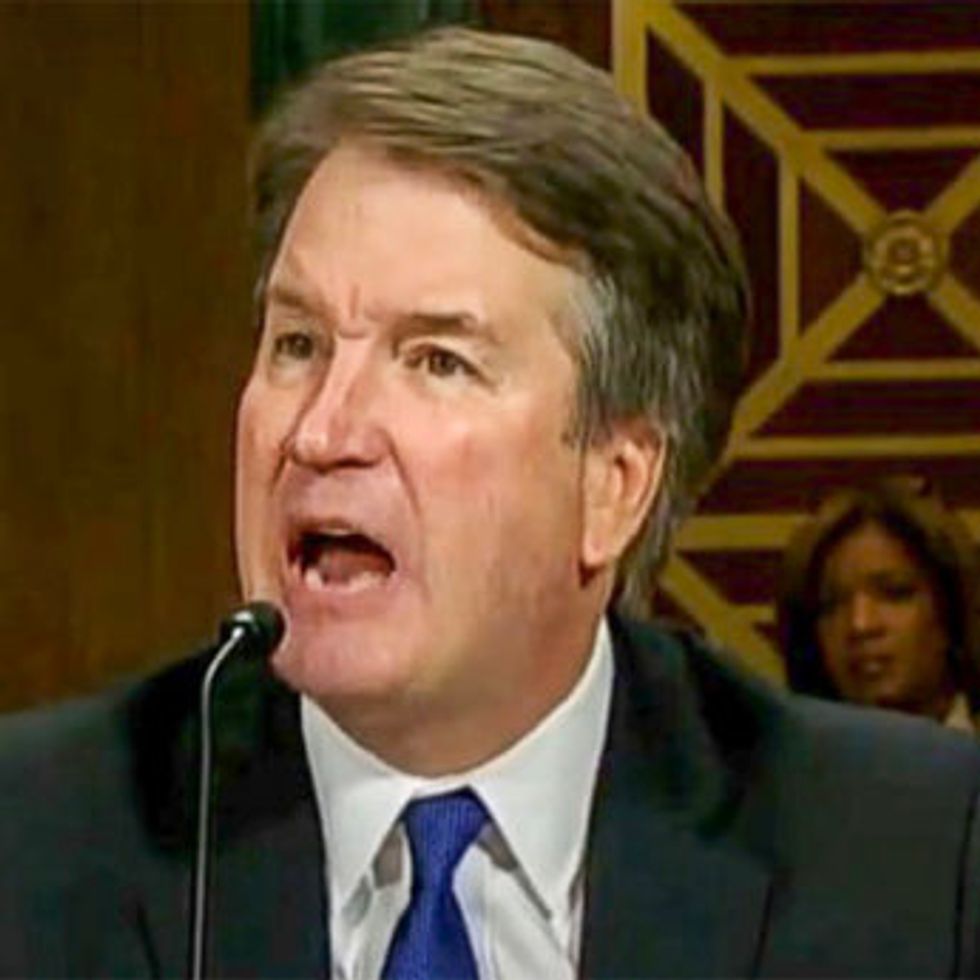 THE FACE:  The last thing you see before the roofie kicks in.

CRIMES AGAINST HUMANITY: Has there ever been a more pathetic display of white privilege that contained tears and rage and counter-accusations than Brett Kavanaugh's Supreme Court confirmation hearings?  I mean, besides a New England Patriots' press conference after they got caught cheating again. Nothing in the past year was near as snotty as Kavanaugh's exchange with Sen. Amy Klobuchar when he asked her if she had ever had an alcohol-induced "blackout." Had Klobuchar walloped him she'd be leading the Democratic field right now. 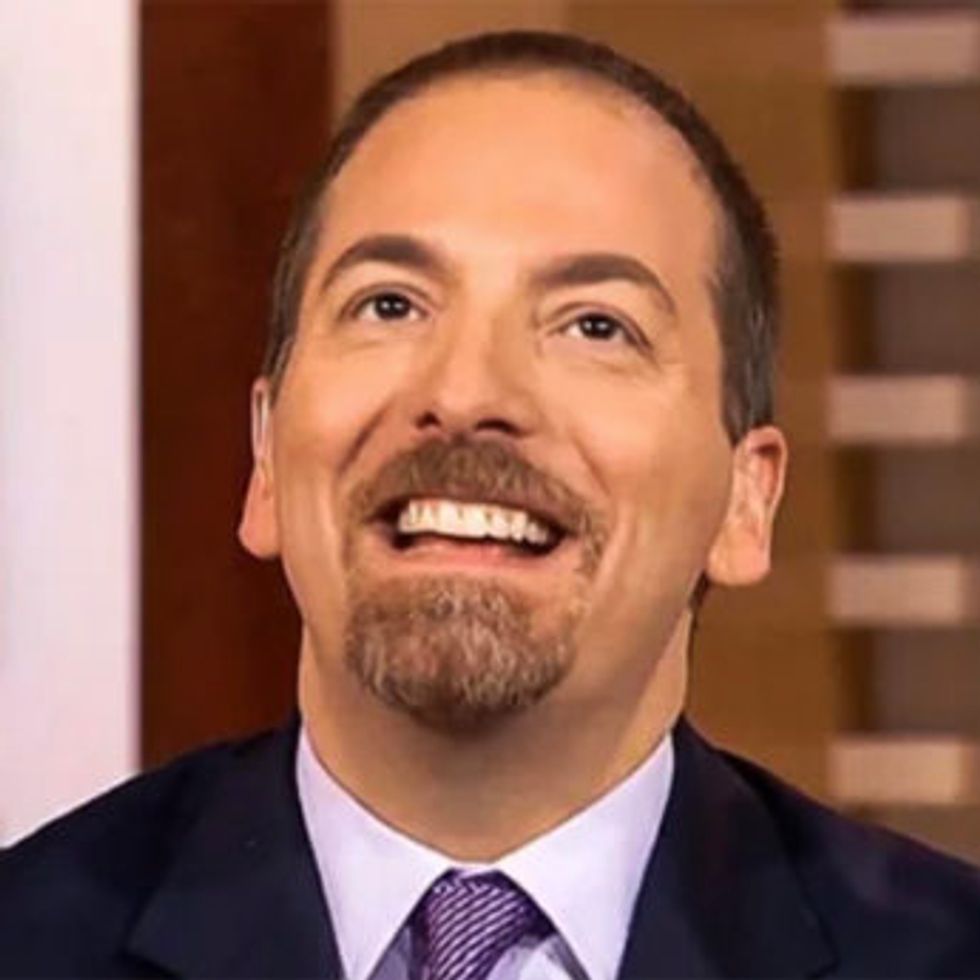 CRIMES AGAINST HUMANITY: Chuck Todd is bad at his job. Really, really bad. NBC doesn't care. And you can't punch a whole network, so you do the math.