Here are the 9 most hilarious neo-Nazi fails, blunders and self-owns of 2017 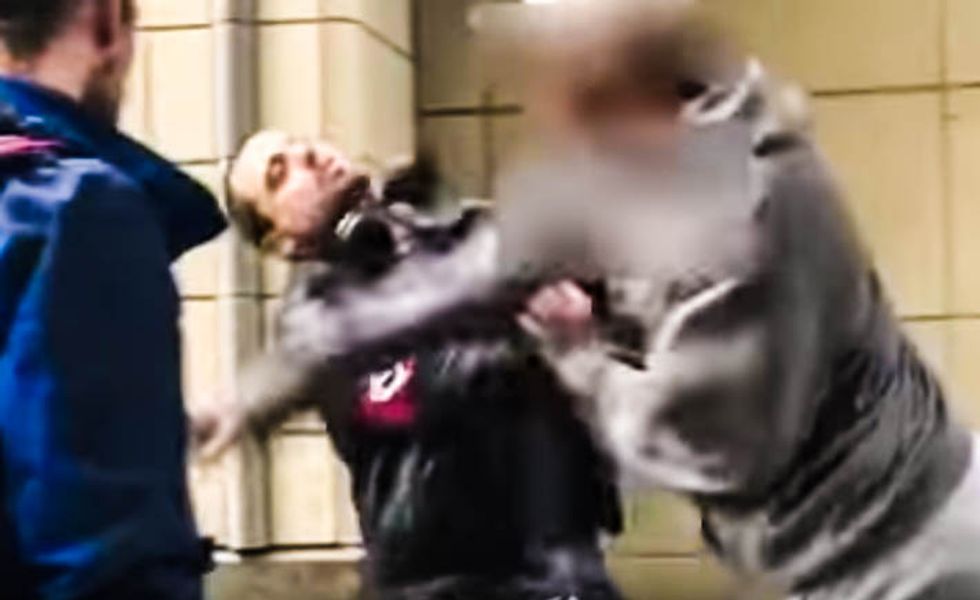 A neo-Nazi gets punched out in Seattle (Screen cap).

With 2017 drawing to a close, let's take a moment to look back at the year in Nazis. Who would have thought that after being raised on a steady diet of Indiana Jones movies and World War II comics, a generation of disaffected young American men would succumb to the allure of Nazism and white supremacy?

Not only was 2017 the year American white supremacist Nazis came out of the closet, but President Donald Trump went so far as to legitimize them in the wake of the deadly violence in Charlottesville, VA, saying there are fine people on both sides of the Nazi vs. anti-Nazi question.

Lucky for the United States, this particular band of authoritarian tools both in the White House and online have proven to be clownishly inept and have provided a great deal of fodder for comedians, satirists and anyone in need of pharmaceutical-grade hits of schadenfreude.

While the whole fact of their existence might be a frightening sign of how debased our public discourse has become, let's take a moment to let America's neo-Nazis and their cartwheeling fireballs of failure in 2017 light our way to a brighter 2018.

9. Richard Spencer bounced a $10,000 check to the University of Florida.

After causing no end of disturbance, disruption and chaos at the University of Florida, neo-Nazi and ethnic cleansing proponent Richard Spencer's innocuously-named National Policy Institute (NPI) bounced its $10,564 rental check for the auditorium they used on campus.

8. Neo-Nazi jerks shot at protesters and went to jail.

After Spencer's appearance in Gainesville, three of his supporters decided to shoot at a group of counter-protesters. Texas 20-somethings Tyler Tenbrink, William Fears and Colton Fears were all arrested on charges of attempted murder and bundled off to the Alachua County Jail. BUH-bye, creeps!

7. Charlottesville marchers held up tiki torches so photographers could get perfect shots of their faces.

Which, in turn, led to the marchers getting scorned in their communities. Smooth move, Mr. Master Race. Videotaping this crime spree is the best idea you ever had.

6. Charlottesville marcher gets disowned by family.

Neo-Nazi Peter Tefft was disowned by his family after his photo from the "Unite the Right" march went viral.

"It was the silence of good people that allowed the Nazis to flourish the first time around, and it is the silence of good people that is allowing them to flourish now,” wrote Pearce Tefft to his son -- who once joked that the great thing about fascism is that you can shovel your enemies into ovens. “Peter, you will have to shovel our bodies into the oven, too. Please son, renounce the hate, accept and love all."

5. The collapse of Milo Yiannopoulos' "Free Speech Week" at Berkeley.

Alt-right weenie and former Breitbart.com tech editor Milo Yiannopoulos proved that his abrupt, ear-popping fall from grace early in the year was no fluke when his planned week of controversial speakers and conservative agitprop on the campus of the University of Campus at Berkeley disintegrated into a sad but somewhat comical sh*tshow.

4. Ugly Nazis calling each other fat and ugly.

Meanwhile, Andrew Anglin of the neo-Nazi website The Daily Stormer urged his readers to lose weight, get in shape and transform themselves into "sexy bad boys and heroes."

"Priority Number One" for the movement is, Anglin said, "We have to be sexy." 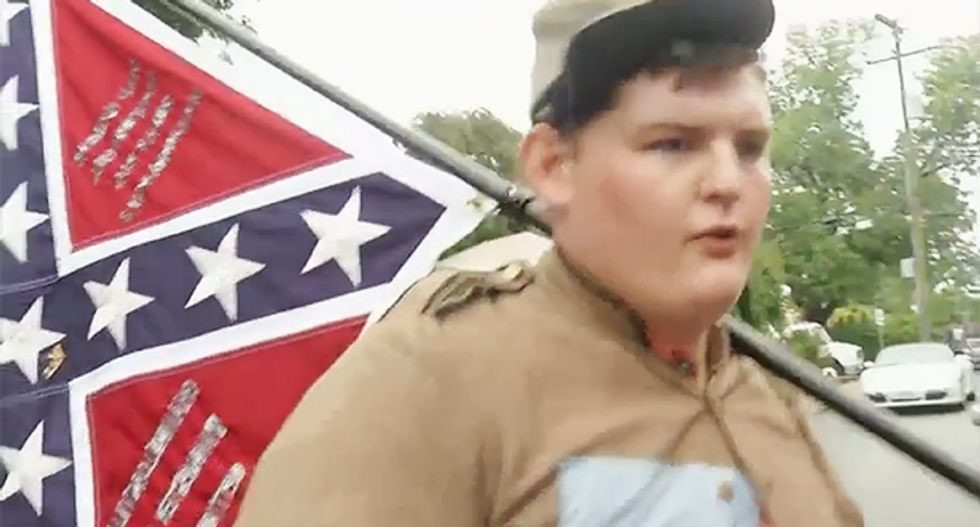 Good luck with that.

3. When emails leaked to BuzzFeed.

Any plausible deniability between white supremacists, neo-Nazis, racist extremists and the crowd at "alt right" hub Breitbart.com vanished in an instant when a cache of emails leaked to BuzzFeed. The documents showed the lengths that Yiannopoulos and his team of ghostwriters went to in order to sanitize and legitimize racists and their organizations.

Big Nazi tough-guy Chris Cantwell cried like a baby when he found out there were warrants out for his arrest. The clip went viral and demonstrated to the world once again that inside every blustering bully is a cringing, cowering lickspittle who is terrified of everything.

1. The punch heard 'round the world.

You watched it. You watched it again. You sent it to you friends. You watched the remixes. Some anonymous, leaping hero did in an instant what every decent, right-thinking person in America wishes they could do.

All the many protests where neo-Nazis, racists and Klansmen were vastly outnumbered by counter-protesters. Again and again, right-wing agitators made big, loud noises about their huge rallies, which invariably ended up with less than 100 attendees and thousands and thousands of counter-protesters, showing that in the marketplace of ideas, neo-Nazism is essentially Crystal Pepsi. It's a pointless, unpopular reworking of something that wasn't very good to begin with -- and which will hopefully soon take its rightful place on the trash heap of history.