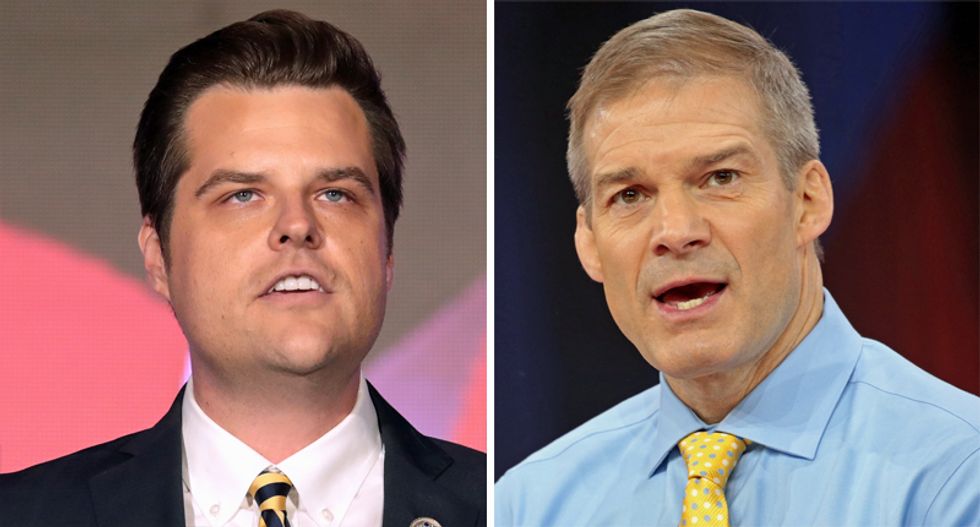 After a short holiday break, next week begins another branch of the impeachment inquiry, this time in the House Judiciary Committee.

As The New York Times noted, the committee is a whole different animal than the Intelligence Committee.

Collins appeared on "FOX News Sunday" saying that he isn't interested in the evidence uncovered by the Intelligence Committee or the documents revealed from Freedom of Information Act requests. Instead, Collins wants to call Rep. Adam Schiff (D-CA) to testify about the report being created after the Intelligence hearings.

Collins then complained that it was Schiff that was "hiding" things from the committees, and not the White House, which has forbidden staff to comply with subpoenas and refuses to turn over any requested documents. Collins explained it was fine for the White House to refuse to comply with the investigation, but if Schiff refuses to testify, it's clear Democrats are hiding something.

The Florida Panhandle Congressman refused to even admit he wore tight jean shorts in public when someone mocked him.

Along with that public embarrassments, Gaetz has gone after Rep. Schiff, demanding an ethics investigation for "lying to the American people" and "trampling the Constitution." Oddly, Gaetz isn't bothered by the president or any other Republican "lying to the American people." It's unclear his reference to the trampling of the Constitution, but President Donald Trump has charged that he was denied due process by not being allowed to participate in the Intelligence Committee hearing. When given the opportunity to participate in the Judiciary Committee hearing, however, Trump had decided he wants nothing to do with it.

Gaetz was also the member Trump seemingly coordinated with to stage a "raid" on the secure and classified briefing room where depositions were being done prior to the Intelligence Committee hearing. Both of the Republican Senators from Florida blasted the move as nothing more than "theater." The Florida Congressman also has problems keeping a secret, revealing on live TV that the GOP was given a secret look at Trump's July 25 Ukraine call. It's unknown if Trump has shared other things with Gaetz he hasn't shown Democrats.

While Gaetz did go to law school, graduating in 2007, the Florida Bar Association slapped Gaetz for “unprofessional, reckless, insensitive, and demonstrated poor judgment” when he threatened Trump's former lawyer Michael Cohen the night before he testified to Congress. Gaetz deleted the tweet and apologized, and the Bar agreed to drop the investigation. They did say in their statement, however, that they wanted to ensure it was clear they didn't condone the behavior.

The former assistant wrestling coach at Ohio State University is facing allegations of allowing child molestation on campus by ignoring complaints. Jordan is refusing to talk about the accusations against him, choosing, instead, to attack Schiff.

During the Intelligence Committee hearings, Jordan was forced to take on a greater leadership role as Ranking Member Devin Nunes struggled to handle the GOP side. The witnesses Nunes called ultimately ended up destroying the Republicans' arguments to support the president.

Jordan was the source of considerable mockery during the hearings, while at least one Republican lamented that Jordan humiliated himself during the hearings. Jordan was a key member of the House Select Committee on Benghazi, which was a multi-year project to try and take down Hillary Clinton. The committee was ultimately unable to find anything on Clinton.

One of the greatest assets to Democrats on the Judiciary Committee is Louie Gohmert. The Texas Congressman has become a joke launching conspiracy theories, rattling off random accusations to blame Bill Clinton for Trump's behavior and bizarre rants that prompt even Fox News to discount the Congressman.

Democrats would be wise to simply hand the mike to Gohmert and allow him to humiliate the president and the Republican Party.

The hearings begin Wednesday, and the president has said he won't participate, despite complaining he can't participate for weeks.